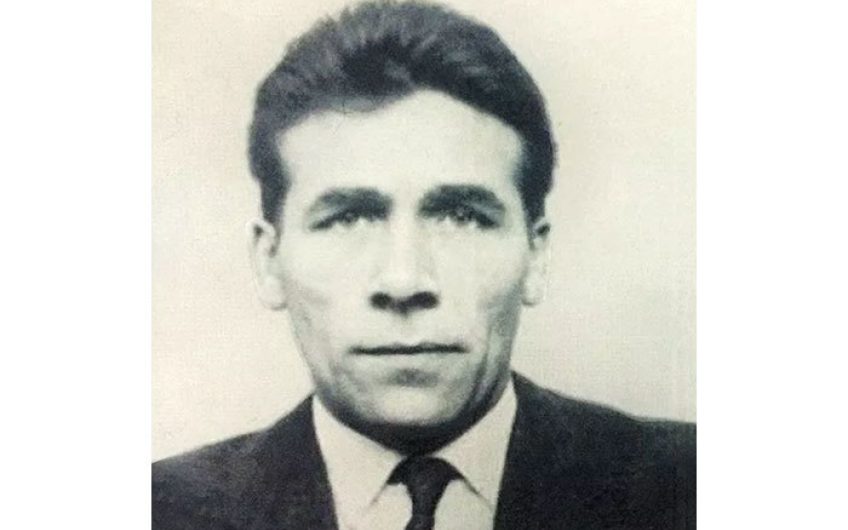 Today in 1974, Ronnie Biggs was arrested in Rio. As a boy, James Pembroke was obsessed with the robbery of the century. Now he’s discovered 'Cousin' Danny was a very naughty boy

I had two early teenage obsessions in the early 1980s: the Beatles and the Great Train Robbery.

I would have won Mastermind on either subject. Realising that the four mop tops had a worldwide fan base who also knew their favourite colours, mothers’ maiden names etc, I thought it better to specialise and concentrate on those south London boys who stole over £2.5 million in August 1963 – the same month the Beatles released She Loves You.

I first became aware of the robbery in 1974, when my father couldn’t stop talking about Ronnie Biggs’s miraculous escape from extradition in Brazil. Slipper of the Yard had flown to Rio to bring Ronnie home (‘Long time, no see, Ronnie’), but Ronnie’s estranged Brazilian girlfriend, Raimunda, was expecting his child – so extradition was refused. When baby Michael was born that August, the British press gave him the sort of coverage now reserved for a Beckham or Windsor arrival. I was hooked; my life of vicarious crime was launched.

In 1978, all my dreams came true. The Sunday Times magazine published an extract of Piers Paul Read’s book The Train Robbers. I remember the cover picture of Roger Cordery and the line ‘This is the man who robbed the train’. I read the article over and over, and begged for a copy of the book for Christmas.

To my 12-year-old self, adults fell into two camps: there were those who, like my mother, thought the robbers were violent thugs who unnecessarily cracked the head of the driver, Jack Mills; and those, like my father (and Graham Greene, who admired their ‘skill and courage’), who thought they were a bunch of cheeky yet ingenious rogues who had stolen a train from right under the Royal Mail’s noses. My mother’s view prevailed, and it was not until 1980 that I was able to spend a school-prize book token on Piers Paul Read’s masterpiece. I have never read a book so many times in the space of a year.

This was The Italian Job for real. Bruce Reynolds, Gordon Goody, Buster Edwards, Charlie Wilson, Tommy Wisbey and the rest gave me far more than the Beatles, whose last hit was in 1970.

In my middle age, I have to concede that covering up the train lamp with a glove wasn’t the stuff of genius; nor was it hugely heroic to attack the unarmed Mills and David Whitby, his assistant, both of whom never recovered and were dead within a decade. It was moronic to play Monopoly for three days (without gloves) at Leatherslade Farm, when they could have driven to London in converted Jags.

Piers Paul Read concluded they were all pretty ghastly. But he also alluded to three robbers who have never been apprehended; whom he and Bruce Reynolds called Bill Jennings, Frank Monroe and Alf Thomas. These were, as Read and Reynolds knew, pseudonyms. Alf Thomas’s real name was Daniel Pembroke.

Recently, I discovered that Pembroke is, surprisingly, quite a rare surname. We are descended from 16th-century shipbuilders in the Deptford dockyards, who may well have been uprooted from Henry VIII’s royal docks in Pembrokeshire. There are only about 350 of us in the UK – so they are probably all related to us, especially if they lived close to Deptford.

Last month, my esteemed uncle Andrew, of Sevenoaks, emailed me: ‘Dear James, I wonder if you have come across Daniel Pembroke – he was one of the Great Train Robbers and was never caught. He lived in Chislehurst, so may well be some collateral cousin.’

Daniel, who died in 2015, was born in 1936, a year later than my father – from whom he looked as though he was separated at birth. Danny left National Service with no job and a young family. He not so much ‘drifted’ as ran into crime, helping Bob Welch and Tommy Wisbey to rob South Coast trains.

Within weeks of the Great Train Robbery, Danny’s home was searched but clever Danny had kept his gloves on – while buying houses and hotels on Bow Street. So the police never had any solid forensic evidence against him.

On 3rd December 1963, the police received an anonymous call telling them they would find £50,000 in a phone box in Southwark. The other robbers claimed this was Danny’s deal with DCI Frank Williams, who was desperate to get some of the money back. In the end, less than a sixth of the loot was recovered.

Danny was never bothered by the police again, and spent the rest of his life as a taxi driver in South London, devoted to his five children. He never had a bank account or a mobile phone, and never talked about the robbery.

Maybe this was because, as some claimed, it was Danny who coshed Mills – but then they also claimed that the robbery was bankrolled by Otto Skorzeny, the SS officer who liberated Mussolini from captivity in Gran Sasso in 1943.

Yet more porky pies? They just couldn’t help themselves.