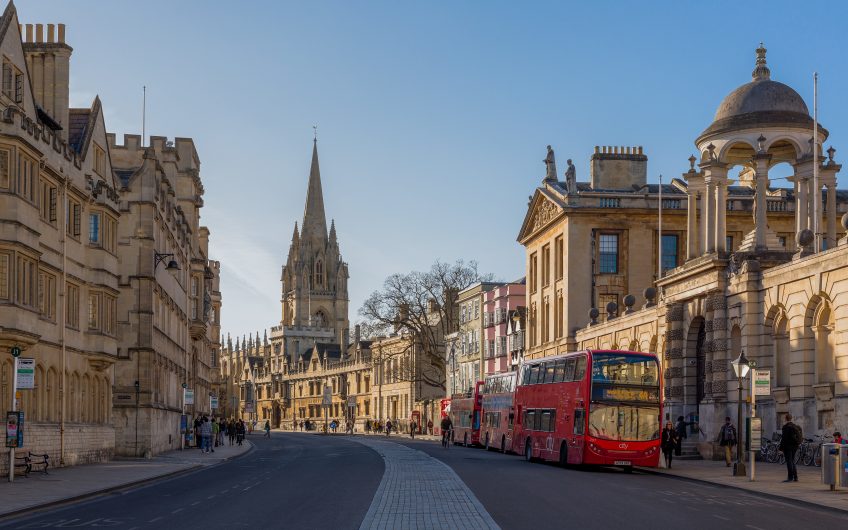 Until recently, I had the good fortune to teach classics at various Oxford colleges.

I retired from teaching at St Paul’s School in London ten years ago. Trinity College, Oxford, kindly gave me a college lectureship, together with the estimable perk of dining at High Table.

I had always believed in the value of classics as an academic discipline. Had it not underpinned Bletchley Park? It was sad, therefore, to see students arriving bright-eyed and bushy-tailed but ill-equipped for the course.

The problem, as I knew too well from my experience in schools, was the wretched exam system that set the linguistic bar so low for intelligent, inquisitive pupils.

Previously, dons had been able to assume a good knowledge of Latin and Greek in first-year students. The undergraduates had read entire A-level texts in the original (the norm is now one third only) and so could read university texts with some fluency and make a decent fist of prose composition.

Not so now. Translations are used excessively, along with every trick the internet can provide to paper over cracks in linguistic knowledge.

Oxford students attend remedial classes in basic grammar and syntax, led by post-graduate students. They rarely appear to benefit, not least because they feel such instruction comes too late and is somehow beneath them.

In schools, a new generation of teachers, themselves not strong in the classical languages, are happy to teach the subject as classical civilisation/history rather than as a preparation for reading literary, historical and philosophical texts in the original.

At Oxford, after the first five terms, there is no further linguistic study per se. Students write essays, often without structure and rigour, because school has not prepared them properly in this skill.

Does this matter? Well, yes, if one is an employer who values the ability to think critically and analyse, marshalling facts logically and producing cogent arguments.

Traditional classics delivered this in spades, combining the humanist disciplines of history, literature and philosophy with the rigorous mental training of mathematics.

span class="yiv3973353445apple-converted-space"> MPs would desert the bars and tearooms of Westminster to hear the rhetoric of the former classics professor Enoch Powell and Harold Macmillan, who got a First in Classics Mods at Oxford, before WWI interrupted his degree. Few, if any, now command such interest – Boris Johnson managed a 2.1 in classics at Oxford.

In universities today, too many Firsts are awarded and Oxford is no exception. Part of the reason is grade inflation, stimulated in response to the market forces of higher education funding. Genuine excellence is still found and rightly rewarded but someone who works to achieve alphas in all or most of his or her Final papers receives the same degree as someone who gains alphas in fewer than 70% of them. Excellence needs to be distinguished from mere ability to maintain the incentive to excel.

There is also the political dimension, fostered by the Blairite notion that half of our young people should go to university. This current obsession with accessibility has driven out the idea of the best being educated at our universities.

Of course, there’s nothing wrong with being left-wing. But that has a knock-on effect on standards, as less is expected of the students.

‘Does it really matter, John?’ a classics don said to me recently, apropos of the modern decline in standards. ‘We’re not preparing people to run an empire any more or to sound like Gladstone.’

I think of my old tutor (and Boris Johnson’s old tutor) at Balliol, Jasper Griffin (1937-2019), who died recently. He did not come from a privileged background but knew the value of hard work and making the most of one’s talent. He is the best example of how it used to be: a scholarship boy, brilliantly taught at school and university, becoming the greatest classicist of his generation.

Jasper illuminated Greek and Roman life through his sensitive reading of ancient poetry. His literary approach to the Iliad and Odyssey flung open the dusty rooms of Homeric scholarship, enabling the modern generation to appreciate these great epics as supreme poetry.

Is it, then, all doom and gloom for the future? Not if schools stretch their pupils from an early age according to their different abilities, and universities like Oxford respond accordingly.

Michael Gove’s reforms are welcome, with their lack of condescension towards the young. But, in so many schools, excellence is still a dirty word, along with competition, and aspiration can wither on the vine.

Aristotle wrote that excellence should become a habit. If we are to achieve what we are capable of as a country, young people (and their instructors) need to be encouraged to embrace this ideal from an early age. Above all, children should not have their wings clipped by those who failed to take to the skies themselves.