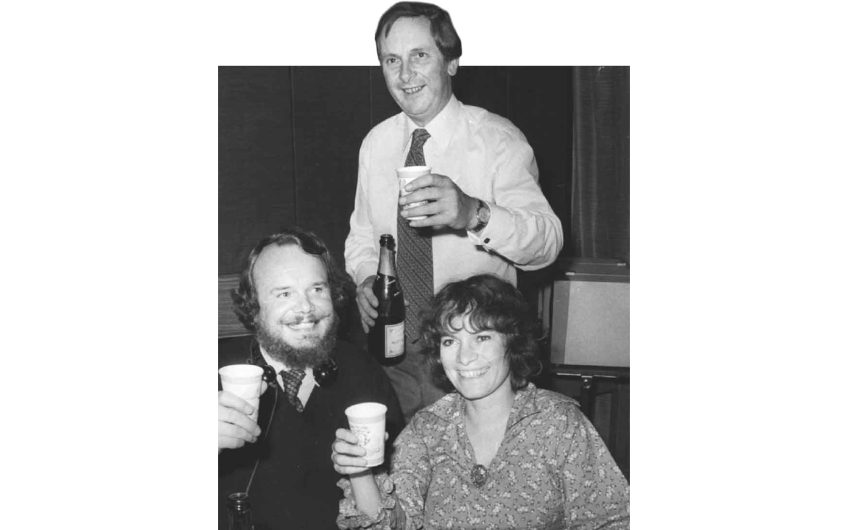 The way they were: Brian Redhead, John Timpson and Libby Purves. Today, 1978
View Full Size
1
of 1

As Nick Robinson tells Boris Johnson to ‘stop talking’ on the Today programme, Libby Purves recalls working on the show

Sometimes an anniversary is marked by accident. The furore about Nick Robinson’s lordly instruction to the PM – ‘Stop talking!’ – raised a certain nostalgia for subtler days. Even then, Brian Redhead could have a fierce mongoose bite when roused to argument.

This autumn marks exactly 40 years since I resigned as a Today presenter after nearly four years. I was the first female and the youngest ever, people say. But, more interestingly, I was the only one ever to rise, as it were, through the ranks.

First as a staff producer, booking guests and sitting behind the glass in the dawn telling Brian Redhead to wind up for God’s sake, or John Timpson to fill 30 seconds while the sports guy stumbled up the corridor.

Then I was a freelance reporter with a portable, editing through long night shifts and waking up next day, speechless with fury, when they dropped my segment. So I knew this great BBC Radio 4 news ship from engine room to deck, and had no illusions about there being anything that special about presenters. Including me.

But in autumn 1981, I was sick of getting up at 3.30 four days a week and trying to keep up to date with every news story on the planet. I wanted to write, make documentaries and have a baby.

I managed all three, and mercifully got a weekly gig doing Radio 4 Midweek for 34 years, which shared the adrenalin element of going live with unpredictable guests. I still miss it.

But I never really missed Today shifts – until, this year, a similar call came. I had liked the breezy, intelligent Times Radio, bravely founded in the depths of lockdown. I did a couple of holiday-relief shifts as a presenter up on the 14th floor of the News Building. I was Michael Portillo’s stand-in from 7 to 10pm. I stood in for Hugo Rifkind on a jolly Saturday-morning show.

Like an old warhorse, I clamped on the headphones and felt at home, relishing the anxious eye on the clock and the stimulating dread of lines going down. Even more exciting, there are jingles and actual ads from sponsors. To an ancient BBC hand, that feels pleasingly transgressive; borderline adulterous. There’s something honest about admitting where the money comes from for all this tech and research.

So when another holiday-cover request offered me two days on the dawn shift, the big four-hour marathon flagship, I jumped at it.

Who, after all, could have resisted the classic Oldie-reader pleasure of sharing with young producers that statistic of a 40-year gap since my time on Today?

I felt like one of those old Green Goddess army fire engines, which got wheeled out for the emergency in the 2002 firemen’s strike. This time, I wasn’t sitting next to Brian Redhead, that cheerfully bumptious old Geordie with his sharp-edged retorts to cheeky politicians. Nor was I next to John Timpson – with his ho-ho funnies from the papers, happy memories of his favourite job as a mega-respectful royal correspondent, and his tendency to say to me, ‘Your problem, young lady, is that you’ve peaked 20 years too early.’

This time, I was the old codger, presenting alongside twentysomething Luke Jones, who is exactly the age I was when I started on Today.

I told him it was classic newsreader-casting, like Reggie Bosanquet and Anna Ford. Only this time, the woman was the veteran and the lad was the luscious young crumpet.

These days, it’s all done on screens, with not a scrap of paper in sight, except my private, anxiously scribbled emergency notebook. On the first morning, Luke and the producer had to nanny me a bit through a peculiar split-screen programme, when my view was slightly blocked by the microphone.

But, goodness, it was fun to be back, able to ad-lib, with that old feeling of being the kid who wakes up first in the morning and gets to run round the house telling everyone it’s snowed.

Apart from the screens, how does it compare? The Times Radio producers – some ex-BBC and all sharp journalists – are little different from us in the old days. Because the station was born under COVID, nearly every interview is remote and technically precarious.

At least when you had Denis Healey physically in front of you, he couldn’t get away. I hope Times Radio gets more solid bodies up in that lift to torment.

Mercifully Times Radio lacks the curiously peevish tone that afflicts long-term Today presenters, but avoids the other extreme of shock-jockery. It feels intelligent and fun. It hasn’t yet built a John Humphrys – but then Today hasn’t got him any more, either.

I liked my outing. If they ask me again, I’ll bite their hand off.