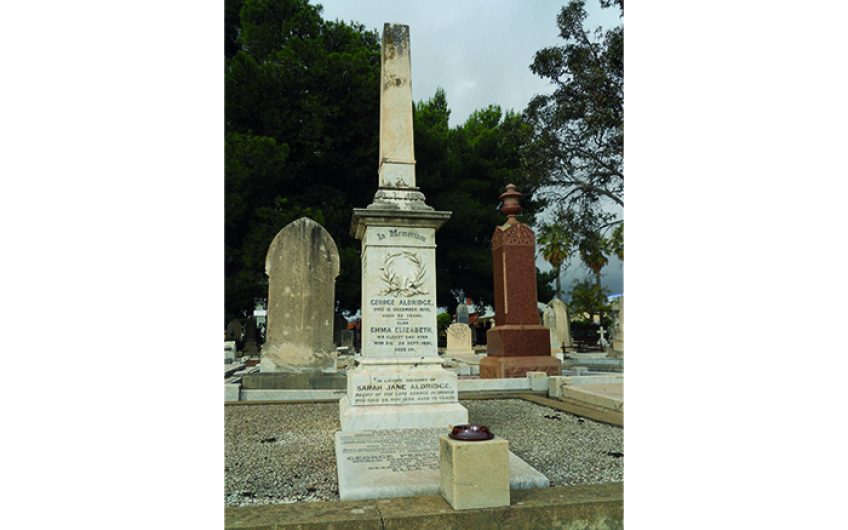 Last night I found a smudge of lipstick on my COVID mask.

I don’t drink or suffer memory lapses and have no recollection of any intimate encounter that might have created this crimson blemish.

In my previous – very popular – column in this periodical, I described a romance with Audrey Hepburn, long whiles agone, brutally cut short by a Procrustean elevator. Audrey may well have materialised in a burst of ectoplasm on New Year’s Eve, and resumed her amorous attentions.

To many, this may seem a far-fetched explanation, but it is the one that I offered my wife, who respects my interest in the supernatural.

I am regularly haunted and, like Sir Arthur Conan Doyle, I find the ghosts of past loves to be the most terrible. There is an alcove in my library which I call ‘spooky corner’. Here you will find my large collection of ‘unsettling’ literature, from Poe to Phyllis Paul.

All those Victorian women writers are there, many of a rare excellence, and I believe that a well-told ghost story requires all the imaginative and technical skills of a great writer. The author of a truly spooky tale needs to have an understanding of houses, for it is in these human habitations that the most frightening phantoms frolic.

This may be why Edith Wharton’s ghost stories are so effective – her first book (1897) was The Decoration of Houses. If you can describe the prosaic and palpable fabric of a house and its contents, you can the more effectively haunt it.

I am at one with the witty and acerbic Marquise du Deffand. She was asked, ‘Do you believe in ghosts?’ She replied, ‘No, but I am afraid of them.’

Although I have never actually seen a ghost, I am convinced that, on several occasions in my life, I have been ‘guided’.

One of my heroes is Percy Grainger (1882-1961). This extraordinary musician, Melbourne-born friend of Grieg and Gershwin, composer, virtuoso, inventor, flagellant and most charming of men once shook my hand when, as a schoolboy, I visited him at the small museum of his memorabilia on the campus of Melbourne University.

Although Grainger was then resident in America, he had built this eccentric and hermetic repository in the city of his birth to encourage young music students. Entry was available by application at the Conservatorium of Music, but few students, if any, sought to inspect the exhibits, which Grainger himself came to Melbourne once a decade to maintain and augment.

It was on one of his rare visits that I waylaid him and was taken on a personal tour of the museum. There were the lederhosen of Henry Balfour Gardiner, a sadly neglected British composer, and a holograph manuscript by Frederick Delius. Beside a bust of Scriabin and Roger Quilter’s toothbrush, there was a collection of vintage photographs of Percy with Grieg, who regarded Percy as the greatest exponent of his famous piano concerto, of which he made a definitive recording in 1920.

Some 20 years ago, after a performance of one of my shows in Adelaide, a journalist friend suggested that we pay a midnight visit to the vast West Terrace Cemetery to pay our respects to Percy Grainger. I had not known that his grave was in Adelaide, but my friend assured me that he knew its exact location.

Surprised to find the cemetery gates wide open, we drove the car into a broad and sombre avenue. At this point, my friend broke down and confessed that he had absolutely no idea where to find Percy’s grave. He’d been telling porkies.

It was then that I summoned my Guide. ‘Please, Spirit, help me!’ I remember saying under my breath.

We drove on in the darkness, until suddenly I told my friend Peter to stop the car. Seizing a torch from the glove box, I plunged into the tangled weeds and briars, stumbling on, totally obedient to the internal promptings of my Guide. I turned left, turned right, then left again, the beam from my torch dancing ahead, and noxious foliage slapping my face. I battled even deeper into the dank boscage, and turned another corner, tripping on brambles and wild, overgrown fennel. Feral fennel, actually.

Suddenly, the wavering beam from the torch hit a lopsided, white, marble obelisk, fissured like old bone. At that point, a mechanical voice should have said, ‘You have arrived at your destination.’

Emerging from my trance, I heard my friend Peter yelling from the car yards away in the blackness. ‘Sorry, Barry – my cock-up. Let’s call it a day.’

But there, in a place of 60,000 graves, in the dark, without a map, I’d found Percy. Or had Percy found me? Now that Grainger is no longer dismissed in Australia as a ratbag, and properly regarded as an Internationally Respected Ratbag, his monument has been cleaned up and disinterred from the jungle of neglect – not yet ‘reimagined’.

Returning to Melbourne many years ago, I engaged a taxi at the aerodrome to take me to visit my recently widowed mother. It was a 50-minute trip and a nice fare for the driver, and why would he mind the capricious route that I suggested? But was it really I who had suggested it?

After 24 hours in a plane, I was disorientated and somehow disembodied, and I heard myself say, ‘Don’t take the usual route, driver. I’m sick of it. Pretend I’m some ignorant tourist and take me on the scenic drive.’

I was rich in those days: rich and reckless. And I must have accidentally flipped the switch on my psychic satnav.

We passed through strange suburbs, the names of which I had only ever seen on trams, and I was in the alternative Melbourne. Cities of one’s birth are endless and constantly revealing themselves to their inhabitants. That is why so many people never leave home.

But I felt impelled by an inner voice, my Guide. ‘Stop here!’ I suddenly adjured the driver, having glimpsed a nondescript terrace house with a shingle proclaiming it was an Art Gallery.

I knocked on the door and it was answered by a young man with a beard.

Beards were then rare and imparted an artistic look. Later they became the uniform of the advertising executive and director of commercials who wanted to identify as artistic. Now they are just too busy to shave.

‘Who told you to come here?’ demanded the proprietor, for it was he.

I felt I couldn’t betray my supernatural source – so I just told him that I had been passing and stopped by on a whim.

‘I’ve just put up that sign outside. So you are my first customer,’ he said, regarding me with suspicion. ‘Are you sure no one told you to come here?’

He led me up a narrow, freshly painted staircase.

‘Actually, you are not quite my first customer, because a chap sold me a picture this morning.’

‘I haven’t hung anything yet, but that’s the picture I picked up this morning.’

There, on the far wall, was me!

It was a portrait painted by my friend Clifton Pugh in the fifties of last century, and long presumed lost. It depicted me in a gaunt, ‘aesthetic’ pose.

When I returned to my patiently waiting cab, it was with a large painting in tow. It’s now a star attraction in the Australian National Portrait Gallery, Canberra.

Since then, in passing an antiquarian bookshop, an art gallery or Belgian chocolate boutique, I have always responded to those insistent injunctions from the ‘twilight zone’ - and I have never been disappointed.

A spring poem - by Isabel Raphael