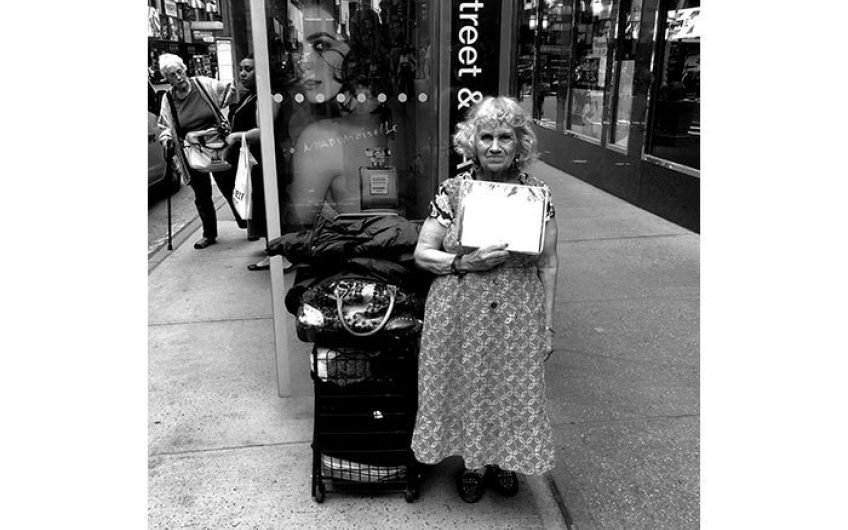 Diane Arbus is alive and well! At least, her marginalised people are. The Oldie’s Art Editor, John Bowling, visited New York to search for the isolated oddballs she photographed in years before her suicide in 1971.

You don’t have to go far before you see them (Central Park is a good hunting ground) - standalone characters isolated from life around them. Not just down and outs, but also often seemingly respectable individuals who live life at a tangent. The Oldie’s first encounter was just off Times Square – a small lady begging with her neatly folded clothes in a trolley. After I donated $10, the snap was easy to acquire (our Art Editor was not sure if Diane paid her subjects). The next encounter was further downtown on West 14th Street, early on a Sunday morning - a rather Hopperesque scene. A lady in a blue turban was painting her nails outside a discount liquor store. To avoid intrusion, a photograph needed to be taken at a distance, with no eye contact.

On the return to London, comparisons were made. There are lots of Arbus photographs out there on the web – and the opportunities are still there on the streets of New York. Diane Arbus had a unique rapport with her subjects (as well as a camera hanging at waist level, which she looked down on, therefore avoiding eye contact).

Having returned to London, The Oldie’s Art Editor is now on the lookout for similar characters on London’s streets – he hopes he won’t be disappointed.

The Hayward Gallery in London is currently holding an exhibition ‘diane arbus: in the beginning’ (13th February to 6th May 2019). It chronicles the first seven years of the New York street photographer’s photographic career. In these days, she used a 35mm SRL camera before she adopted the more discreet square format twin lens Rolliflex for her distinctive portraits