Noises Off - forty years on. What a play - says Lindsay Johns 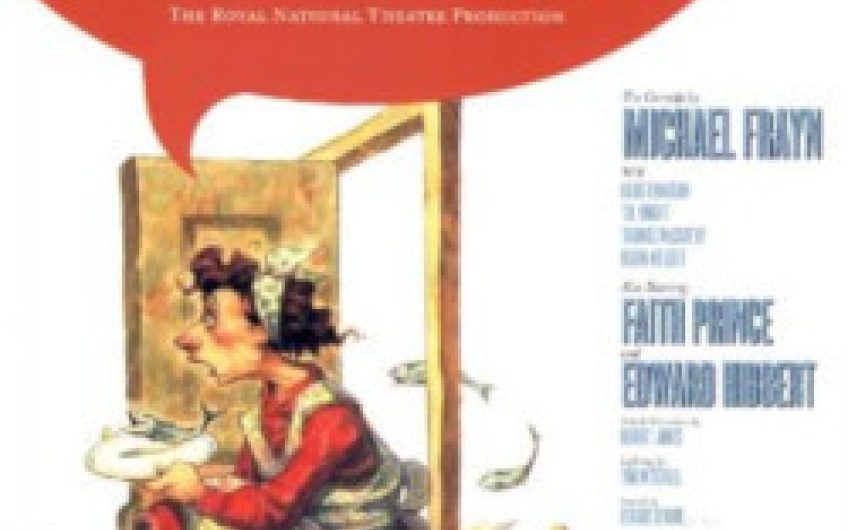 February 23rd marks the fortieth anniversary of the first ever production of a play often hailed as “the funniest farce ever written.”

I speak of Noises Off by playwright, novelist, and intellectual colossus Michael Frayn.

Opening at the Lyric Theatre, Hammersmith on February 23rd, 1982, Noises Off - taking its name from the theatrical stage direction for sounds offstage - is about a touring production of sex farce Nothing On by a repertory theatre company, in such glamorous, rural locations as Weston-super-Mare, Goole and Stockton-on-Tees.

Ingeniously, Frayn’s sublime talent is to show us the play-within-a-play’s first act, from both in front and behind the stage, at the beginning, middle and end of the play’s ten-week run.

We the audience thus watch aghast as the production slowly degenerates into increasingly febrile pandemonium, anarchy and, ultimately, complete chaos, despite the dogged professionalism of the long-suffering actors and backstage hands.

Moreover, the personal relationships of the cast and crew duly unravel as the play’s run continues, and the bruised thespian egos, the actors’ illicit sexual liaisons, and both on and off stage machinations make for a truly riotous and rip-roaring comedy.

Yet Noises Off is much more than just a hilarious farce about a farce. It also asks - like all of Frayn’s work - profound philosophical questions about the imposition of order upon disorder, our ostensibly futile attempts to regulate life and the intrinsic, immutable chaos of the human condition. For me, the somewhat surreal fusion of theatre and real life in the play’s final act is positively Pirandellian.

Deftly utilising the farcical conventions of slamming doors, dropped trousers and collapsing sets, as well as multiple misunderstandings and mime, the play’s success is chiefly down to the sheer intelligence of its conception, as well as its being acted with high octane ebullience, split-second physical timing, charisma and warm humanity.

We doubtless all have our favourite character in Noises Off. Mine is Lloyd Dallas, the play’s unashamedly priapic, Cambridge-educated director - a middle-aged lothario who simultaneously pursues affairs with voluptuous young actress Brooke and the emotional Assistant Stage Manager Poppy, with predictably calamitous consequences.

Michael Frayn - who went on to write best-selling novels Headlong and Skios and plays including Benefactors, Donkey’s Years and Copenhagen, evidently has a brain the size of Europe, yet the humility not to bash us over the head with his IQ, and the good grace to use his devastating cerebral power for our dramatic delectation.

Not only is Noises Off a comic-philosophical masterpiece, a tour de force and a painfully clever subversion of theatrical conventions, with witty badinage and a trenchant skewering of thespian mores - as relevant and timeless now as it was in 1982 - but it is also a passionate, heartfelt and touching love letter to English provincial repertory theatre.

From the Lyric, Noises Off duly transferred to the Savoy Theatre, where it took the West End and then Broadway by storm, winning a plethora of Evening Standard and Drama Desk awards, as well as a profusion of TONY nominations. It has since been revived many times, notably in 2000 at the National in London and in 2001 and 2016 on Broadway and has (somewhat ironically) become a staple of provincial rep and Am-Dram theatre.

Thankfully for us, Frayn’s chef d’oeuvre is now firmly ensconced in the pantheon of truly great plays. So happy 40th anniversary, Noises Off! Here’s to the next forty years (and more) of making audiences around the country - and the world - dissolve with mirth and merriment, entranced by the playwright’s intellectual chutzpah, the joyously frenetic, slap-stick action and its sometimes louche, sometimes bawdy but always humane characters. May Dotty Otley’s Mrs. Clackett and her famous plate of sardines live long and prosper!

Noises Off will be playing at the Pitlochry Festival Theatre from May 27th - October 1st 2022. For more information, see: www.pitlochryfestivaltheatre.c...