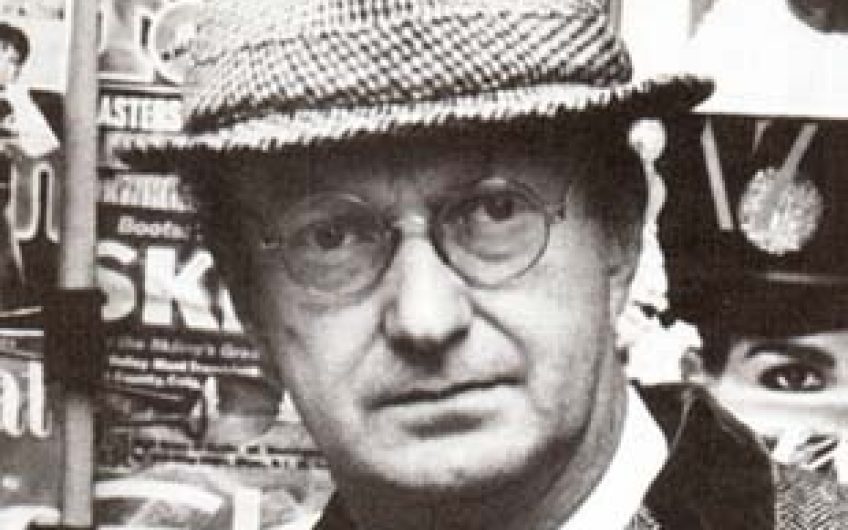 Lockdown, which is so lonely and so boring, has the life-enhancing effect of making me feel waves of abundant gratitude for all the friendships I have enjoyed since early childhood, all the human contacts, from my first headmistress (the most remarkable woman I ever knew: I shall write about her in this place) to new friends, made in very recent times (ditto if it does not embarrass the living).

Yeats is the great poet of friendship:

'Now that we’re almost settled in our house

I’ll name the friends that cannot sup with us

Beside a fire of turf in th’ ancient tower,

And having talked to some late hour

Climb up the narrow winding stairs to bed:

Or mere companions of my youth,

All, all are in my thoughts to-night being dead.'

When I realize that the whole world was closed down for fear of a disease, I remember the recklessness with which three particular friends lived their lives.

I think of Hugh Massingberd every day. The man who reinvented the Obituary for the Telegraph. When he first visited the oncologist to discuss the dire news that he had been diagnosed, aged 60 or so, with cancer, he asked about the chance of a cure.

The oncologist replied, “Didn’t you LISTEN to what I just said, man? You have cancer. Of course there’s no bloody cure”.

Hugh loved stories in which he came out the worst. Although this story should have made me weep – as it now does – at the time it made me laugh. He was so affectionate, and so funny. His passions, for friendship above all, but for theatre, for cricket, for clubland… Belloc’s line about laughter and the love of friends always makes me think of Hugh, because one spent nearly all one’s time in his company laughing. I remember when he was still at the Telegraph, he came to lunch, helpless with laughter. He had just received a wigging from one of the exceptionally stupid deputy editors for the stuffiness and conservatism of his Obituary page. (In fact, of course, he changed the entire genre of obituary writing). “Couldn’t you liven it up a bit? “suggested this editorial genius. “I mean, couldn’t you have more YOUNG people in it”?

Bron’s widow, Teresa, said to me not long ago that most of what he wrote would now be unprintable in the papers. If that is true, and I think it is, it is a sign of how much we need this great writer.. I think he was one of the very greatest writers of his generation. He was our Jonathan Swift. In some moods, I think his Private Eye diaries, which I re-read all the time, are better than Swift. He was a truly paradoxical figure, since he could be more cruel than any writer who has ever seen print. No one in personal life could be more generous, warm or polite. None of the journalists at the moment seem to be quite aware, as he was, of what a mad world we inhabit. Or of the monstrous stupidity of our political class. His thoughts on Brexit, Lockdown and so many other things, have been sorely missed in the last twelve months. When he was sixty-one, there was a dinner. A friend asked him what he would most have liked for his birthday. He replied, “The absolute assurance that I won’t see 62”. Alas, his wish was fulfilled.

I can hardly believe my luck that these people were my friends. In the solitude of Lockdown, their absence is, paradoxically (for I have not seen any of them for years) more acute. I saw them on an almost weekly basis for years.

The strange thing about being alive, is that one takes it entirely for granted that one IS alive, and one’s friends are alive. I can’t get used to their not being there.

Dearest Beryl Bainbridge. I loved her so very much. After her lover died, she once paid me the huge compliment of saying, “I feel for you all the things I felt for Colin, without the rude bits”. We used to meet at least once a week for breakfast, and some weeks every day or so. She was the only writer I have known with whom I have talked about work in progress. I really miss that.

Her attitude to health was exemplified by a remark she made to me over breakfast when I had not seen her for a week or two. “Oh by the way, Anselm, while you were away, I had a heart attack”. She made this remark while forking an exceptionally greasy bit of fried egg into her mouth, having just smoked a cig.

I have written a play about Beryl. Do I dare show it to anyone, let alone dream of it being performed?

Death without the sting