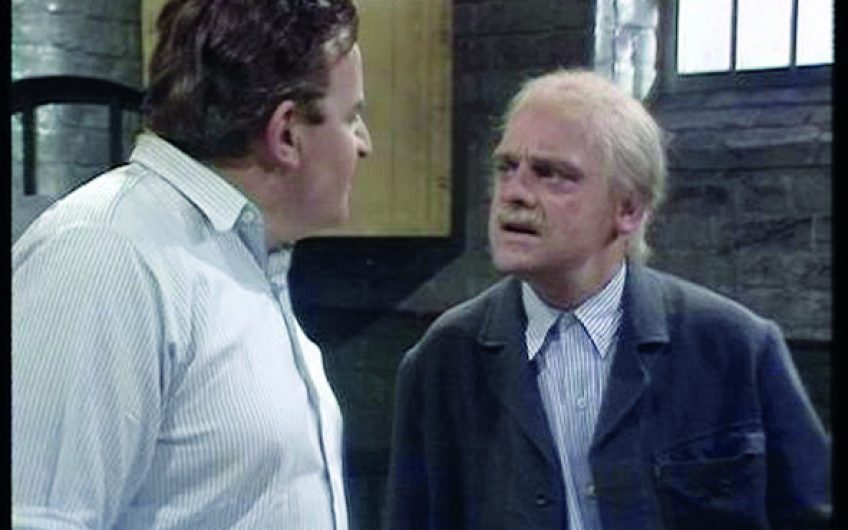 The number of over-80s in jail is booming. Duncan Campbell talks to old-timers who are still doing time

It is nearly 50 years since David Jason appeared alongside Ronnie Barker in Porridge, playing ‘Blanco’ Webb, an elderly prisoner doing life for murder.

Jason was only in his thirties at the time and had to be heavily made up to come across as such an aged inmate.

In those days, the character would have been an anomaly in British jails, but a recent survey by two charities found that there are more than 300 prisoners aged over 80 now behind bars. Crime used to be a young man’s game, but more than a sixth of all inmates are now over-50s.

The Blanco Webb character appeared in only a few episodes, in one of which he and Fletcher (Ronnie Barker) get into trouble for stealing Jaffa Cakes. In another episode, he is content to stay in prison rather than admit guilt of a crime he says he didn’t commit. At least nowadays he would have no shortage of contemporaries.

‘There are two prime requirements for coping with a prison sentence, however long: youth and good health,’ says Erwin James, who served more than 20 years for murder and now edits the prisoners’ magazine Inside Time. He is also the author of the book Redeemable, about his time inside (which incidentally should be read by every Justice Secretary and Prison Minister). ‘So many older people who contact us at Inside Time for help and advice have neither. Since the over-sixties are the fastest-rising section of today’s prisoner population, it’s puzzling that there seems to be no government strategy to accommodate this burgeoning crisis… And we had someone in prison a couple of years ago who was 101!’

One of James’s colleagues on Inside Time is Noel ‘Razor’ Smith, a former bank robber and author of the slang dictionary The Criminal Alphabet, and a self-deprecating memoir, A Few Kind Words and a Loaded Gun, not to mention a number of poems – one of which, The Old Lags, is about these very inmates: ‘What am I in for?/ Funny you should ask/ I’m here for what I didn’t do/ I didn’t wear a mask’ (which is, of course, more relevant than ever today).

I once interviewed an ex-con who was in a care home and far from happy there. He would have liked to return to prison because ‘the conversation and company are better’. He felt that prisoners were more honest than people in his particular care home, where some of the staff took advantage of residents with dementia by helping themselves to their pensions.

And there are, inevitably, a growing number of prisoners with dementia, some of whom are unaware of where they are or why they are there and have to be reminded when they wake in the mornings, puzzled at their surroundings.

One 82-year-old who has recently emerged from a long jail sentence on drugs charges, and is now living alone, says he knows which regime he would prefer: ‘To be honest, I would rather go back to jail than be in a care home where everyone around you is dying or vegetating.’ Not everyone would agree. ‘I can’t imagine anyone wanting to be back in prison these days – it’s 23-hour lockdown in most prisons still,’ says Noel Smith.

Many of our prisons date from the Victorian era and are grim for anyone in a wheelchair or with a walking frame. Most are overcrowded, drug-infested and tense. One of the problems is that we have such a large prison population. Britain currently leads its Western European neighbours in terms of inmates per head of population.

Old-timers behind bars came into the public eye with the £14 million Hatton Garden safe-deposit burglary in 2015. Some of the burglars were well into their seventies and became known as the Diamond Wheezers or, in the French press, le gang des papys (the grandads’ gang).

Since then, one of them, Terry Perkins, has died in his cell in Belmarsh prison; another, Brian Reader, has developed dementia.

A third member of the gang, Kenny Collins, now 80, was well looked after by fellow-inmates: ‘The young prisoners treated me very well because I was old – and I was one of them [a professional criminal]. Most people my age are nonce [sex offender] cases.’

Some years ago, the photographer Edmund Clark produced Still Life: Killing Time, a book of photos of elderly prisoners in Kingston Prison, Portsmouth. ‘There will be some who feel disinclined to care about how people who have caused serious harm to others have to cope with the trials of prison life when they, the perpetrators, become vulnerable,’ wrote Erwin James about the book.

Still, as the Prison Reform Trust’s Geoff Dobson said, ‘Increasingly, we are taking people’s liberty away for very long periods. All but a small number of these people will be released eventually and it’s important they can rejoin society without being too damaged … apart from the simple humanity of the issue.’

Should London's monument to a Nazi dog be removed?

How to get your weight down, in a slightly underhand way - Susan Schwarz

My lucky trip to hospital wonderland in Cornwall