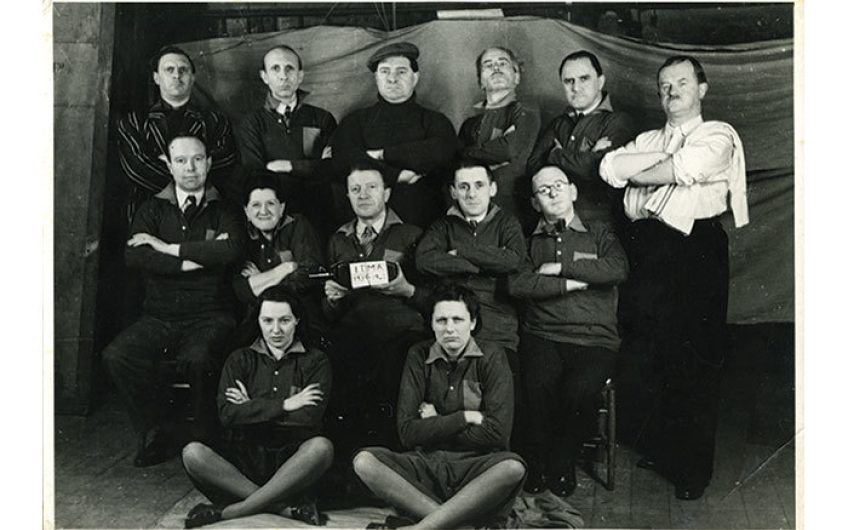 Good question: catchphrases from it are used sometimes but no one now under the age of 75 can have listened to it. ITMA was a radio programme (It’s That Man Again – a reference to Hitler’s pre-war territorial demands) which ran for 300 episodes between 1939 and 1949. During that period the passion for important-sounding acronyms was born; thus, mockingly, ITMA. The star of the show was Tommy Handley, whose speed and clarity of diction made, for some reason, everything he said sound funny, although – a genial and modest man – he left it to others to get the big laughs. In the shows he was always an official of some kind, Mayor of Foaming-at-the-Mouth, Minister in the Office of Twerps, etc, cheerfully unabashed by his inability to do anything at all, because of constant interruption by a succession of (unexplained) visitors. There was Ali Oop trying to sell him naughty postcards – ‘I go – I come back’; Funf, the ever-present and useless German spy; two workmen paralysed by their English politeness – ‘After you, Claude.’ ‘No, after you, Cecil’; and Colonel Chinstrap, perpetually in search of a drink. ‘Colonel, you have been treated most shabbily.’ ‘A glass of Chablis, sir? I don’t mind if I do.’

Almost every public institution was mocked. To me, an adolescent and snobbish critic, there was something hysterical in the laughter of the studio audience, but even I detected some mysterious gratitude in it, and blessed relief. Also, ‘mocked’ is not the right word – ‘made light of’ would be better, and this is what listeners seemed to love. Their number swelled to 13 million. The programme was light, and it was a dark time: no TV of course, theatres shut, food rationed, bombings; no recourse but the radio, listened to from behind black-out curtains. Some thought it nonsense, and ‘nonsense’ it was, language used for the sound of it more than for its meaning. An example: the office cleaner, Mrs Mopp – ‘Can I do you now, sir?’ pronounced with heavy innuendo to which Handley was immune (‘She’s never been the same since Gladstone made her Miss 1888’) – always bade him farewell with the letters T.T.F.N. (‘Ta ta for now’) to which on one occasion Handley replies, ‘N.W.A.W.W.A.S.B.E’. ‘What’s that, sir?’ ‘Never wash a window with a soft-boiled egg’. If that doesn’t make you smile, or even laugh, ITMA is not for you. Bessie Braddock MP complained in Parliament that the programme was nothing but ‘a welter of bad puns’. It was, and my father Ted, who wrote the scripts, was delighted.

In 1974 the Woburn Press published The ITMA Years, which along with their history contains four scripts chosen from the ten years of programmes. To read these is to be astonished at the sheer speed. No sequence lasts for more than a few seconds, there is no time to notice the silliness. Signor So-So, the comic Italian – ‘Oh Mr Handlebar, I am delightful to see you’ – announces the arrival of some Scotsmen ‘wearing squirts’. ‘You mean skirts, women don’t wear squirts, they marry them.’ And so on, and on, but always so fast there was no time to ponder.

In 1949 Tommy Handley died suddenly of a brain haemorrhage, and ITMA died with him. I saw, fifty years later, TTFN written on the inside of a steamed-up coach window, a farewell to a friend outside. One of Handley’s many harridans, forever berating him for inefficiency and shiftlessness, was always interrupted by her yapping dog, to which she cries, ‘Down, Upsie!’, and exits. I heard a man say those words to his over-excited dog in a pub a couple of years ago. He must have been about fifty, so he couldn’t know why he said it. How long does a catchphrase last, its source long gone? What is sure is that nothing important changes, certainly not our desperate need for genial nonsense.

So great was the national affection ITMA aroused that six thousand people attended Tommy Handley’s memorial service in St Paul’s, two thousand on the steps outside hearing it broadcast. Press photographs printed in The ITMA Years reminded me of this. I had forgotten the extent of this love, and I shouldn’t have.