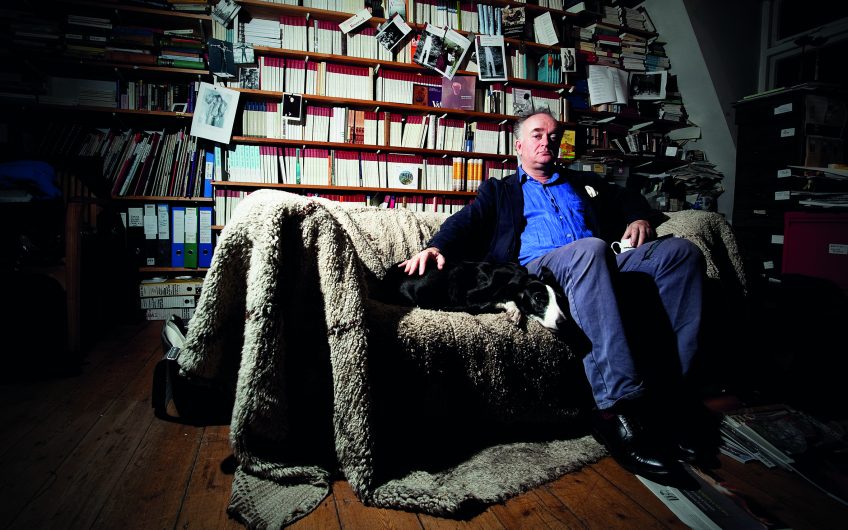 Since 1982, Eland Books has published lost travel classics by writers from Martha Gellhorn to Norman Lewis. By William Cook

In the cosy attic flat of a Dickensian terraced house in London’s Exmouth Market, an amiable, middle-aged couple called Barnaby Rogerson and Rose Baring are doing something slightly daft and rather splendid.

Modern publishing is a numbers game: pile ’em high and sell ’em cheap. The big firms gobble up the smaller ones, and the marketing men decide what sells.

Subject matter? Something topical or sensational (ideally a bit of both). Authors? The younger, the better, preferably already famous for something apart from writing, with a large following on television or (even better) social media.

Eland does none of these things. Compared with most publishers, they’re tiny, and most of their writers are knocking on a bit – indeed, quite a few of them are long dead. They shun the TV tie-in and the celebrity biography. Instead they specialise in reprinting classic travel books that have been published elsewhere and have drifted out of print.

‘Publishers are so fickle,’ says Barnaby, over coffee in a café across the road from his attic office. ‘You’re very soon remaindered and forgotten.’

But that doesn’t mean readers have lost interest in these abandoned books – far from it. Big publishers are often looking for the latest thing, the new sensation. Eland, on the other hand, are more interested in books that last.

‘I felt very proud, in the backstreets of Damascus, seeing a second-hand bookshop with lots of Elands that had clearly been read dozens of times,’ he recalls. ‘Publishing is great, but I’d be equally happy running a very selective second-hand bookshop that helped travellers on their way with old maps and postcards.’

It sounds hopelessly romantic but somehow it works, and this year Eland celebrates its 40th birthday.

I started buying their books a few years ago. The first few were by authors I already knew (Jan Morris, Dervla Murphy), but I soon moved on to writers I’d never heard of (The Innocent Anthropologist by Nigel Barley, Borderlines by Charles Nicholl) and I’ve never started one I didn’t finish. Their elegant cream-and-burgundy livery is a sign that you’re in safe hands, a guarantee you’re in for a good read.

Eland was founded in 1982 by author, entrepreneur and intrepid traveller John Hatt. Have you read his book, The Tropical Traveller? I’d heartily recommend it.

What prompted this rash venture was his discovery that the works of Martha Gellhorn and Norman Lewis were out of print.

Hatt thought this was outrageous. He was quite right to feel put out: Gellhorn was one of the finest war-reporters of the last century. Check out her Travels with Myself and Another. Lewis was one of the century’s finest travel writers – A View of the World is a good place to start.

Hatt set up Eland (named after the street where he lived in Battersea) and republished them himself.

‘Until John dug my books up, I had been forgotten as a travel writer,’ said Lewis. Not any more. Lewis died in 2003, at the grand old age of 95, but his books are still published by Eland. Thanks in no small part to John Hatt, he’s now firmly established as one of the all-time greats.

As Hatt added other classics to his list, Eland went from strength to strength. It turns out there’s an appetite for vintage travelogues, written by writers who can really write. Who knew?

Contrary to what the marketing men say, readers don’t mind if a book was written yonks ago. They don’t care if a writer is out of fashion, or even whether they’re still alive.

After 20 years or so, Hatt decided to hand over to Rose and Barnaby. Hatt’s still one of the owners – still going strong, still travelling – but nowadays they’re in charge.

Like all the best handovers, it was rather accidental. Barnaby had written to Hatt fresh out of university, asking for a job. Hatt said no. ‘It doesn’t pay me, let alone anyone else,’ he said. But they met up and stayed in touch.

Barnaby and Rose, who’d met at university, both became prolific travel-writers. But when children came along – they have two daughters – they knew they had to settle down. When they decided to start a publishing house, they told Hatt about it. After a long series of lunches, they ended up running Eland.

Today, Eland’s backlist reads like a Who’s Who of 20th-century travel-writing, but the imprint’s 40th anniversary begs a broader question. Is the golden age of travel-writing over? Is Eland merely a museum for a literary genre whose time has passed?

During the second half of the last century, British travel-writing blossomed as never before. For the first time, a lot of us had the time and money to travel, yet travelling was still a novelty. A good travel book took you somewhere you’d never been but might want to visit some day.

Since 2000, travel has become more common and the world more homogenised, shrunk by cheap foreign flights and the internet. Every corner of the globe is just a click away, and globalisation has made our fragile planet a lot more samey. The English language is ubiquitous; American chain stores are everywhere.

Eland books take you back to a time when the world still felt uncharted, and travel writers led the way.

So is there a future for travel-writing? Of course, but the next generation of travel books won’t be the same as those of yesteryear. Now that you can hop on a plane (COVID permitting) and head off almost anywhere, or simply sit at home and scroll through exotic locations on your smartphone, travel-writing looks set to become a lot more local – ‘More particular, more anthropological,’ as Barnaby puts it. And maybe that’s no bad thing.

I’ve been around the world as a travel writer, but some of my most exciting journeys have been closest to home. Walking the Essex Way, right across the county, from Epping to Harwich, felt more intrepid than flying off to Bali or Canada or Australia or wherever.

One of my favourite Eland books is Tony Parker’s The People of Providence. It’s set on a council estate in Sarf London, yet it feels like a journey into the unknown.

‘Travelling has irrevocably changed,’ says Julian Evans, author of Transit of Venus, a wonderful book about the South Pacific, republished by Eland. ‘Morally hazardous, flying long distances in the era of climate emergency; politically hazardous, in that lots of places that you used to be able to go to, you can’t go to with ease or much safety any more…’

And yet the thrill remains. Being grounded by COVID these last two years has taught us how precious it is to travel, and anything that precious will inspire great literature, so long as people can be bothered to read.

Julian Evans puts it best: ‘As our world has become more civilised, there remains within us a desire to find places that have the ability to surprise and maybe challenge us.’

Even if those places are right outside your front door.

Winners of The Oldie of the Year Awards 2021