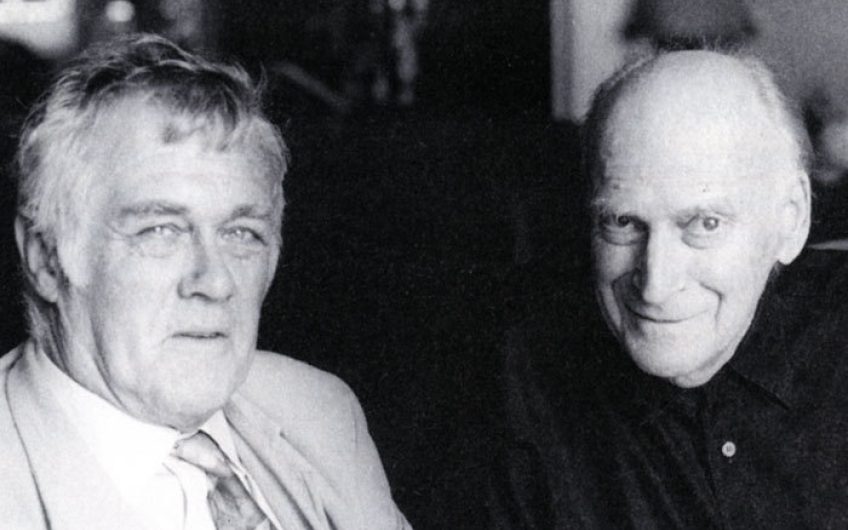 When he was a boy Yehudi Menuhin had the conviction that if he played his violin well enough it would make everything better for everyone. ‘I wanted to play Bach’s great Chaconne for unaccompanied violin in the Sistine Chapel. I thought it would bring peace to the world.’

In the quiet, dark first-floor sitting-room of his house in Chester Square, Belgravia, the 81-year-old Menuhin (as always calm and serene despite a still-hectic schedule) admits with a smile that in retrospect it was rather a childish idea. ‘Still, it had a grain of truth,’ he adds. The point being that music, in his view, can not only bring comfort to the depressed but can help make us all better human beings. Every-one is musical, he insists. But not every-one is given the opportunity to respond at an early age to the power of music. It is this that has made him in recent years such a crusader for music in schools, and a campaigner for Susan Digby’s Voices Foundation, which seeks to give singing a major role in the curriculum.

Ever an optimist with an apparently undentable faith in humanity, Menuhin frequently takes a pessimistic line these days. ‘There are so many evils today,’ he says. ‘I think we are on the path to real catastrophe. Politically, economically, we seem to be thriving. But at the same time crime is rising. Certain schools have become schools for crime. It is in this area we believe that music, especially singing, can help. A child that sings, that child is not going to be a criminal.’

But what are they to sing? We have been joined by Diana, the beautiful former ballet dancer who has been at Menuhin’s side through thick and thin since their marriage in 1947. ‘We always had hymn singing at school,’ she says, in her decisive way. ‘It was lovely, but they don’t do that any more. And when I was a child 150 years ago every errand boy on his bicycle was whistling a tune. We had very good composers in those days like Cole Porter. Today everyone just pushes buttons.’

When she goes to her hairdresser, Lady Menuhin has to ask her coiffeuse to switch off the radio, ‘For God’s sake stop that irritating noise! It’s so dismal. This is supposed to be a place of repose.’ It is hard to imagine anyone daring to countermand her wishes.

But people no longer have the art of repose, says Menuhin. Silence is a vacuum that has to be filled, preferably with loud pop and rock. He once went to a Beatles concert and was appalled by the sheer volume of sound. ‘Far too loud and far too distracting. I found it musically empty, deafeningly so. And the sight of millions of people sort of hypnotised by lights and the singers far away on the stage. It was so trite.’

At the same time, he feels, all is not well on the classical music front which is partly why he is talking about forming an orchestra of his own. ‘Most of the performances of what we call classical music are not satisfactory. Even if the notes are right, notes are not sufficient. There is a real lack of style in playing today. It is rare to hear a really rousing, or a most beautiful performance of Mozart or Brahms. The players and conductor move from one imitation of a recording to another and put it together and say “That’s the Brahms violin concerto”.’

It is miles away from the approach of great artists of the past, like his friend the Spanish cellist Pablo Casals. ‘Casals was very inspiring. He became another human being when he was playing. That creative element is missing now. We live in a reproductive age.’ Menuhin always has in mind the one word which his first teacher Louis Persinger wrote on the score of the Beethoven violin concerto: ‘Worship.’ ‘I never forgot it, whenever I played it, I saw that. Georges Enesco, my next teacher, when he sat at the piano or played the violin or conducted, it was service, it was dedication. The music came alive. It wasn’t him that imposed the style. It wasn’t him that said, “Look how marvellous I am! Look at the emotion I feel” – which is now so much the case. It was real authentic Mozart or Brahms that you were listening to. The passion, the intensity of deeply felt emotion.’

Still, Menuhin is the last person to give up on the crusade to ‘make things better’. After a brush-off from the former education minister John Patten, he has now written to his Labour successor David Blunkett seeking a meeting to discuss music in schools. But can one hold out much hope of an audience for the world’s greatest musician when the Prime Minister has recently fêted Noel Gallagher of Oasis as his guest of honour? To his eternal credit, Menuhin is the last person to be deterred by any such gloomy consideration.

The King of High Table Gossip

BOOM! It had all gone kablooey... Simon Weston remembers the Falklands

Reach for the ground