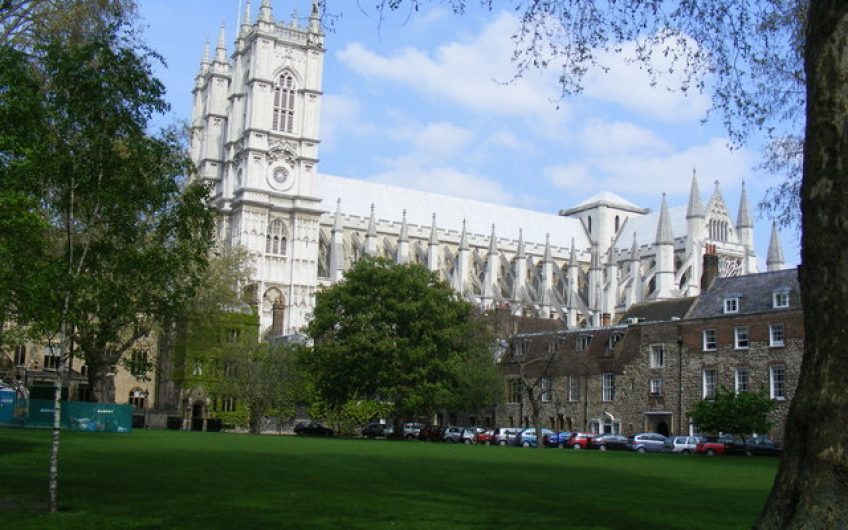 At last, PG Wodehouse has taken up his long-deserved spot in Westminster Abbey.

On September 20th, his memorial was unveiled by the Duke of Kent in the south choir aisle of the Abbey, near Noël Coward and Richard Dimbleby.

Wodehouse was knighted in 1975. But it was a very belated honour – he was 93 at the time, and died a month after he received the knighthood.

He’d been considered for a knighthood twice before but was turned down both times by British officials – all because of the pompous, misguided idea that he’d been a traitor for broadcasting while in German hands during the Second World War.

But enough of that unpleasant incident. How wonderful that the PG Wodehouse Society have got their memorial to their champion at last – with the approval of the Dean of Westminster and, the Old Un is sure, the Almighty. Surely God laughs at PG Wodehouse?

What’s more, the Folio Society published a new edition of Wodehouse’s first collection of golfing stories, The Clicking of Cuthbert (1922), on September 5th.

Even the dedication of the book is funny:

‘To the immortal memory of John Henrie and Pat Rogie who, at Edinburgh, in the year 1593AD, were imprisoned for “playing of the gowf on the links of Leith every Sabbath the time of the sermonses’; also of Robert Robertson, who got it in the neck in 1604 AD for the same reason.’