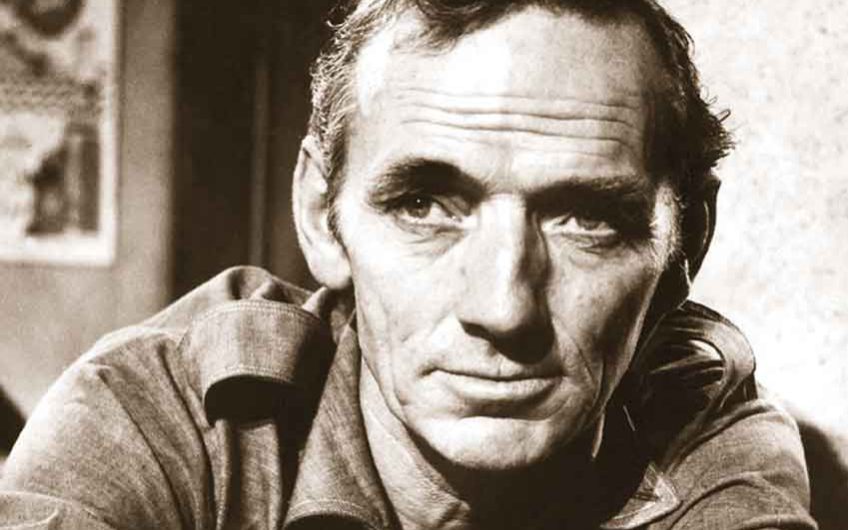 Sam Kydd appeared in more films than any other British actor. Fear of unemployment drove him, his son John tells Andrew Roberts

Any devotee of Talking Pictures TV soon learns the golden rule of post-war British cinema: there had to be an appearance from Sam Kydd.

He debuted in the 1946 Ealing drama The Captive Heart and appeared in around 290 pictures, more than any other British actor.

Over the past three years, Kydd’s son, actor Jonathan Kydd, has been editing his father’s memoirs, Be a Good Boy, Sam, published this October.

He says, ‘One reason behind my father’s career was his ability to make a part live, no matter how small it was. He possessed an incredibly expressive face and was very versatile, being able to do many different accents, improvise in character and write.’ One of Kydd’s best-known roles was the stuttering unionist in I’m All Right Jack, with lines he mainly devised himself.

Samuel John Kydd was born on 15th February 1915, in Belfast. He came to England when he was eight. On leaving Dunstable Grammar school, he worked at an Alvis car dealership and then at Whiteleys department store in London.

Kydd took part in talent contests in the evenings as an impressionist. Jonathan says, ‘My father was so successful that the bandleader, Oscar Rabin, hired him as an MC. He would do his impressions, tell jokes, sing and tap dance, mostly at the Hammersmith Palais.’ This was followed by a residency with the band at Scarborough, supporting Bud Flanagan.

The Second World War intervened. In 1940, Kydd, who was in the British Expeditionary Force, was captured, spending the next five years in Stalag XX-A, a camp in German-occupied western Poland.

Jonathan says, ‘As soon as the Red Cross parcels started arriving, allowing the prisoners to believe they wouldn’t die of starvation, my father set up and starred in cabaret shows once again as a comic and acted in or directed every production available.’ It was such experiences that attracted the producers of The Captive Heart. Jonathan continues, ‘They initially used my father as a technical advisor for the German location, but it was obvious to the director, Basil Dearden, that he was a “find”. Once back in the studios, he offered him several lines of dialogue.’

Shortly after demob, Kydd appeared weekly at the Nuffield Centre, performing comic routines. He was determined to embark on a theatrical career, although, back at the family home in Turnham Green, west London, he was constantly urged to take a ‘proper job with a pension’.

By 1952, Kydd had made 119 films, but his mother was still complaining about actors being ‘dissolute’. As an expert voice actor, he was often called upon by directors to redub other performers. He was also a regular with the dubbing master of the time, Major De Lane Lea.

Jonathan thinks that a further reason for his father’s success was his nature: ‘He was an incredibly affable man without any “side” and would talk easily with anyone on set. He was also a very modest man with a very strong work ethic – in his diaries, he constantly references his fears of being unemployed.’

By the late 1950s, Kydd was playing leading roles. He played Sam Weller in the early 1950s TV series of The Pickwick Papers and, in 1959, he was in Antigone opposite Dorothy Tutin.

‘But his concern about unemployment meant he still took supporting parts in films,’ Jonathan says. ‘He loved working so much he’d do anything he was offered.’

In 1963, Associated-Rediffusion cast Kydd as the second lead in their Morocco-set drama Crane. This resulted in his starring in the spin-off Orlando, which ran for 126 episodes.

Despite Crane’s popularity, Kydd’s agent informed him she couldn’t find him any work after the first series, claiming typecasting. ‘My father’s response was to write to the director Jim Connolly, who gave him the part of a waiter in the B-film Smokescreen [1964],’ says Jonathan. His scenes opposite Peter Vaughan were a delight, illustrating how ‘he could take a straight part and infuse it with humour’.

Jonathan remembers, ‘I could tell how ill he was, especially in Coronation Street – his last television appearance. He would lean on anything to catch his breath.’

As for his father’s best performances, Jonathan says, ‘There are so many; Radio Cab Murder, The Voice of Merrill. Vengeance Is Mine, A Tale of Two Cities, Appointment in London or saluting his fallen comrades in Angels One Five. He had suffered so much during the war, and I think people saw these experiences reflected in his face.’

Perhaps that’s why Kydd is a welcome sight in so many films. Dirk Bogarde and Laurence Harvey resemble Brylcreemed minor deities, while Kydd has much the same look as the crowds in a newsreel. Sam Kydd is British cinema’s man on the Clapham omnibus.