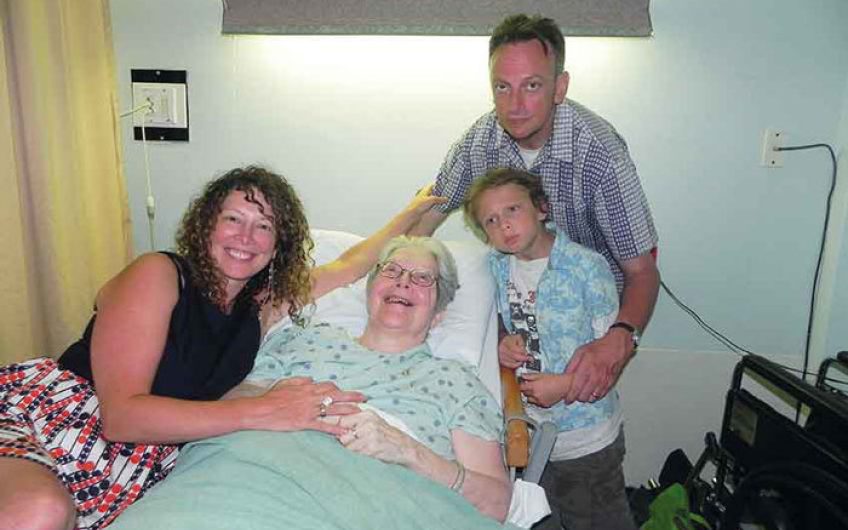 Our sense of identity invariably starts with family – so it is understandable for adopted people to want to find their birth families.

Adopted people lack the fundamental information of who we are and where we come from. ITV’s Long Lost Family with Davina McCall and Nicky Campbell has a simple formula. Its narrative arc matches the perfect scenario: a quest for family and identity culminating in a teary reunion.

But what happens after the reunion? Unlike most fairy tales, it doesn't always end 'happily ever after'.

Long Lost Family, much like lottery ads, only shows the winners and the successful reunions, but not the people who refused to meet or were too late.

Although the drive to find our birth families is almost universal, it does leave one especially vulnerable to rejection. Curiosity is generally the motive for adopted children but for the parents this might well have been a traumatic time that they are anxious not to revisit. This thought did initially stop me looking and turns out I was right: as I describe in the latest edition of The Oldie, my birth mother and my already married with 4 kids father faked her death by drowning for the double-indemnity insurance money. Instead of eloping to Spain, they got busted and he went straight to jail. When she relinquished me, it was the end of the dream.

I met my birth mother over the phone and in the months that followed, before meeting in person, we spent hours and hours, just talking. It felt a bit like falling in love; that intense feeling that you've always known the other person and you are just filling in information. We cooed over the many coincidences: she had been hiding out from the cops and was arrested in what became my home town; my brother and I had friends in her hometown and their mother and my mother were friends who used to drink at the same local.

It was clear that my birth mother had been thinking about me and our potential reunion for some time. In our second phone call, she blurted out that I was conceived at 328 E. 94th Street – the significance being that 03/28 (in American style) is my birthday.

There is no social precedent for this post-reunion relationship which often comes laden with unrealistic expectations and years of anticipation. There is no well-trodden path beyond reunion, no comparable norms so we tend to revert to the parent-child relationship.

But while she brought me into the world, she was not my parent and she did not mother me. I had a mother.

What has helped our reunion is that we were both very close to our mothers; it is something we understand about each other and now that my adoptive mother has died it no longer feels like a conflict. I would not have started my search while she was alive, although strangely she was the one I wanted to discuss it with the most! It also helps that my birth mother did not have any other children.

But sometimes, the weight of unexpressed mothering overwhelms my birth mother's tongue. I accidentally hung up on her once while boarding a plane and then couldn't explain until I landed.

“I'm glad you called back. There's a special hell reserved for children who hang up on their mothers,” she said tartly.

My brother found his birth mother through a private detective and when first contacted, she denied all knowledge of him. She eventually admitted that she was dating a man who she hoped to marry but who dumped her when she became pregnant. She later married and had two sons.

When she and my brother met for the first time, without irony she told him, “You look just like my son!” She has not told her family about the reunion but this doesn't stop her, if she hasn't heard from my brother in a while from pulling the Jewish mother trump card: “You never write; you never call!”

Even when reunions are genuinely happy, contact frequently breaks down. How can one person fill the hole of our expectations decades later? There is a lot of pressure on this fledgling relationship that is overshadowed by abandonment, guilt and shame.

I am deeply glad that I am reunited with my birth mother but it is not all sweetness and light. She also has not told her family about our reunion and she has never once picked up the phone to call me. That said, I was excited to report to her that I passed my driving test. “I knew you would,” she said, and I could hear the grin in her voice. She is also unequivocally proud of her only grandson.

I wonder whether the relationship between reunited half-siblings might be less fraught. In my case, I'm not sure if it will be any better, considering our father went to jail because of my birth mother and me. However, it was the adults – the parents – who made the decisions in the past. Perhaps that and a less important connection will make for a more equal relationship. Fingers crossed!