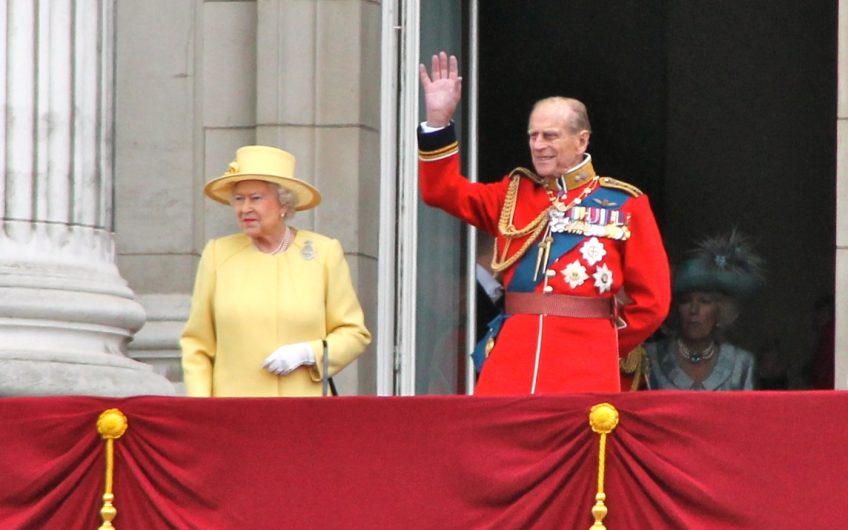 Prince Philip, who has sadly died at 99, made a 'gaffe' in front of Harry Mount - and it was very funny

I’ve been on the receiving end of a Prince Philip gaffe, of sorts, and I loved it. It was at a lunch in 2015 at the Cavalry and Guards Club for the Gallipoli Association — the charity that commemorates victims and veterans of that tragic, doomed campaign.

For 40 years, the Duke of Edinburgh was the association’s patron. And so, in Gallipoli’s centenary year, he came to the association’s lunch. Before lunch, he roamed at will around the cavernous drawing room, chatting to association members.

As he approached me, he held his drink in his right hand, meaning I couldn’t shake it, and launched straight into conversation. It meant I had little opportunity to bow and call him ‘Your Royal Highness’ — as I would have done in an instant. I got the distinct impression he didn’t want much bowing and scraping.

‘Who roped you into this?’ the prince said. It was the first intimation of his supposedly brusque manner. In fact, it was conspiratorial, teasing and jokey. He knew I hadn’t been roped into lunch; I knew he knew. That faint blast of humour made it much easier to explain how I had in fact roped myself into the Gallipoli Association.

I told him how my great-grandfather, Thomas Longford, had been killed at Gallipoli on 21 August 1915. His last words to his second-in-command, crouching down to avoid the hail of shells overhead, were, ‘Please don’t duck, Fred. It won’t help you and it’s no good for the men’s morale.’

Moments later, marching at the head of his Yeomanry Brigade troops, with a map in one hand and his walking stick in the other, Longford was cut down by heavy rifle fire. ‘Fred’ — Fred Cripps, brother of Sir Stafford, the future Chancellor — lived on for 60 years.

I fear I’ve told the story many times before. And I went on to tell Prince Philip how I’d also told the story to Prince Harry in April 2015 — when we were both at Gallipoli for the centenary commemorations of the allied landings.

I had asked Prince Harry, ‘What’s the protocol on ducking these days in the army?’

‘You’re allowed to duck,’ he had replied, smiling. ‘But there’s a strict protocol against running away.’

Still not tiring of my theme, I asked Prince Philip if he was allowed to duck in the Navy during the war.

‘What a silly thing to do!’ he said. ‘Not much point in ducking on a ship.’

And with that, he was off, in search of Gallipoli Association members with less idiotic questions to ask.

Afterwards, I could easily have presented the whole thing as a classic Prince Philip gaffe: the aggressive prince ticking off the descendant of a First World War soldier. But he was right — it was a silly question. And his answer wasn’t just honest; it was very funny. I cracked up; he kept a straight face. But he certainly meant to get a laugh. Prince Philip was the Paul Merton of the royal family — the straight man with the funny lines.

I suddenly realised what all those supposed Prince Philip gaffes over the years were. Gaffe is the wrong word. They were in fact jokes — jokes that followed almost precisely the same formula: a mixture of conspiratorial banter, mock teasing and stage rudeness. They were that much funnier because of who he was — a 99-year-old Greek prince, war hero and husband of the most famous woman in the world. You’re prepared for seriousness and diplomatic discretion from that sort of man; when you get the reverse, it’s that much funnier.

When he was asked in 1967 whether he’d like to visit the Soviet Union, he said, ‘I would like to go to Russia very much, although the bastards murdered half my family.’ That’s funny because the first half of the sentence is in opposition to the second. It’s also funny because you don’t expect uncomfortable truths from the great and the good.

Except with Prince Philip. As well as playing against type, he is also playing along with type. He knows his reputation and he knows his one-liners are likely to be reported by scoundrels like me. And yet he goes on delivering the material, knowing the punters lap it up.

Prince Philip had what my friend Stephen Robinson, former comment editor of the Telegraph, identified as ‘a presumption of hilarity’. As Prince Philip approached me, I longed for him to be outspoken and funny. What a delight when the expectation was satisfied.

It’s striking that most people on the receiving end of a Prince Philip gaffe also found it funny. In July 2015, he visited Chadwell Heath Community Centre in Romford, and asked a charity trustee, ‘Who do you sponge off?’ The trustee fell about laughing and later said Prince Philip had just been teasing her.

There’s a world of difference between affectionate teasing and malicious teasing. Having seen the Prince Philip act in the flesh, I can see it was always affectionate teasing — even if it looked more direct, or even rude, on the page. Like most gags, his were better if you were there at the time.

I wasn’t in Cardiff in 1999, when he told children from the British Deaf Association, standing next to a Caribbean steel band, ‘If you’re near that music, it’s no wonder you’re deaf.’ But I bet it was aimed at making them laugh, not at humiliating them.

On 20 November, Prince Philip had been married to the Queen for 73 years. That’s 73 years of dealing with thousands — no, millions — of nervy, sycophantic strangers like me. Gaffes were a brilliant way to make those meetings easier for both sides. They weren’t just funny; they didn’t just put people at their ease. They also magically choked off the soul-destroying small talk that must be the bane of every royal’s life.

The Prince Philip gaffe was the quickfire shortcut to a proper conversation — to talking on the same level. It was the ultimate royal icebreaker.