Proust, the perfect lockdown book, and his best translator – AN Wilson 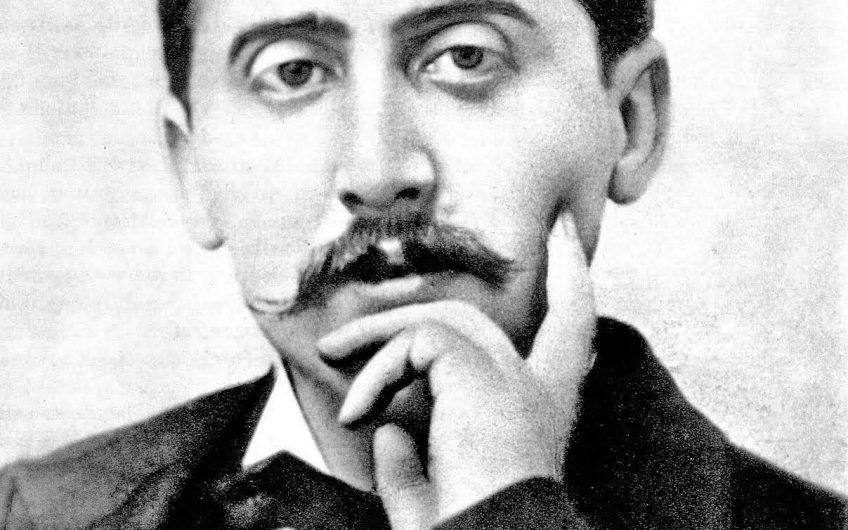 If coronavirus restrictions continue much longer, it will surely the perfect excuse to retreat to your cork-lined bedroom and do nothing but read Proust, assuming you have, as he did, a housekeeper, who can bring you plates of chips in the small hours to assuage hunger. If you are Anglophone, you might hesitate about the translations on offer, but, just as we all know there is really only one translation of the Bible – the Authorized Version, – so there is really only one edition of Proust.

Marcel Proust died on the evening of 18 November, 1922, holding the hand of his housekeeper Celeste, the model for Francoise, and murmuring the word, “Mother”. A month earlier, he had written to C.K.Scott Moncrieff to praise his English translation of Du cote de chez Swann. It appears to have been the only letter of appreciation which Proust ever wrote to one of his translators.

Scott Moncrieff had translated the title, A la Recherche du temps perdu by taking a tag from the Sonnets of William Shakespeare, an act of domestication, or literary colonialism, which the author viewed somewhat askance. Proust felt obliged to point out that his title for the sequence “could not possibly mean” “Remembrance of Things Past”. By choosing that title, however, Scott Moncrieff makes Proust’s masterpiece seem like a work of English, rather than of French, literature ; as though the Baron de Charlus, in his tireless pursuit of tram-conductors or flirtatious young tailors, had extended a pomaded glove across the centuries to touch the finger-tips of the “onlie begetter”, Mr W.H, and to ogle the mysterious boy of the Sonnets who would be “unmoved cold, and to temptation slow” to any such advances.

Similarly, Proust’s first volume in the sequence became, in the Scott Moncrieff version, “Swann’s Way”. As Proust pointed out (replying in French) “If you had added the word “to” you would have saved everything”; for, of course, Scott Moncrieff’s title is ambiguous and could mean “A la maniere de Swann” . Yet, kind, sensitive Anglophile that he was, Proust was beguiled by the translation. His English was far from perfect. When he translated Ruskin and critics picked nits, he had replied, “I do not claim to know English, but to know Ruskin”. Many of us with “A level” French are not quite able to read A la Recherche without frequently repairing to our frayed Harrap’s Dicitionaries, and feel, if we are honest , that we have got more “out” of Proust by reading him in Scott Moncrieff’s pocket-sized, beautifully bound blue volumes, with their perfect dustwrappers designed by Enid Marx.

Many of us , indeed, would surely want to go further, and to say that we have derived more pleasure from these twelve volumes than from any other reading-experience; and that, as well as basking in Scott Moncrieff’s prose, and luxuriating in the comedy of Proust’s characters, we have also learnt what little we know of life itself from reading and rereading them.

Scott Moncrieff’s French was pretty good – much better than Proust’s English; but there is a sense in which he could, mutatis mutandis, have said the same about his Remembrance of Things Past, as Proust said of The Stones of Venice. Knowing Ruskin was to know more than knowing English; knowing Proust is to know life, and beside that, the possession of perfect French is just a detail.

Scott Moncrieff’s twelve sky-blue volumes, therefore, belong to that special category of translations which are themselves literary masterpieces. Keats did not enter into the question, when he felt like a watcher of the skies, whether it was Chapman or Homer who’d fuelled his excitement. Some great writers, such as Homer, have spawned superb translations in all the great European languages. None greater perhaps than my daughter Emily Wilson’s Odyssey!

Others, such as Dante, appear to defy the translators, so that, worthy as modern renditions of the Divine Comedy may be, they never even touch the crystalline sharpness, the taut versification, the tenderness and cruelty and wit of the original.

“I was more interested and fascinated by your rendering than by Proust’s creation”, Conrad wrote to Scott Moncrieff. “One has revealed something to me and there is no revelation in the other”. This has been my sensation time and time again when comparing the “original” with Scott Moncrieff, but of course I possess imperfect French, and I had assumed my reactions were those of the amateur. But for Conrad to think this should give us pause. He knew French easily as well as he knew English and could have become a French novelist .

Until Scott Moncrieff sat down to write Remembrance of Things Past, there was no hint whatsoever of his literary genius. We recognize a hero, yes; a man of huge charm, certainly. But the poems he wrote were almost hilariously incompetent sub-Georgian efforts. Born into the impoverished Scottish upper class, Scott Moncrieff had been educated at Winchester and early realized his homosexuality was more than just of the schoolboy variety.

The ghost of Wilde still hovered over London and Scott Moncrieff befriended Robert Ross, Vyvyan Holland, and other wounded survivors of the 1895 debacle. There was a copious correspondence with Wilde’s son, “Holland”. Like Wilde himself, Scott Moncrieff was drawn to Catholicism – a faith which he eventually embraced while serving with conspicuous gallantry in the battlefields of Northern France in the King’s Own Scottish Borderers. (One of his comrades, reflecting on Scott Moncrieff’s MC believed that he should have been awarded the VC many times over).

Scott Moncrieff fell in love with Wilfred Owen, and the last tryst of Owen’s life was with CK (as his family called him) – though what exactly “happened” between the two men is now difficult to determine. Findlay opts for a Platonic meeting, while one of Owen’s biographers, Dominic Hibberd, roguishly wondered – given the fact that Owen left behind his pocket book in Scott Moncrieff’s room – how he could have done so without removing his clothes. (It is possible to take out a pocket book without actually undressing).

The First World War, and the beginning of the Proust translation, however, were far from being the whole of Scott Moncrieff’s life. By the time he was finishing The Guermantes Way, after the war, he was in Italy with his parents. As well as getting to know Reggie Turner, Harold Acton and other “usual suspects” of the gay world, however, and as well as translating a great number of authors in addition to Proust, including Pirandello and Stendhal, Scott Moncrieff was also doing a bit of intelligence work, spying on the Fascists and reporting back to the British Government on their sinister intentions. His life became a routine of intense work – translating by day, and picking up rent boys or casual lovers in the evenings. Sundays and high days would be devoted to the liturgy of the church, whose doctrines he believed unswervingly.

Sexual and creative strength are related, if not the same thing, prolific writers being always, as far as one can tell, highly sexed. The fact that the Proust translation was the only one during which Scott Moncrieff required “relief” suggests that he was , during the composition of his masterpiece, in some mysterious way more deeply involved. I have to admit I haven’t read his other translations, but his Proust has been part of my life since I was nineteen, and like generations of Anglophones, I regard my acquisition of those twelve exquisite little blue volumes as among the most memorable experiences of my emotional and intellectual development. Terry Kilmartin, D.J.Enright and others could come and go with their inept equivalents of the New English Bible, but they could never replace the real Proust which was contained in that row of twelve volumes.

Scott Moncrieff died of stomach cancer in a convent in Rome, aged forty. In his obituary of Scott Moncrieff, J.C.Squire recalled “that poetic, but positive and staccato soul… the supercilious curl of his moustached lip, and the fierce straight look in his eyes”. The homosexuality had remained a secret to all but his closest friends. One of his friends said, “impishness is not the word, for that suggests a want of dignity which was never observable in him. I saw him once in his student days at a fancy dress ball dressed as a faun, with a leopard skin flapping round bronzed limbs and vine leaves in his hair and said to myself, ‘Faun-like, that is it’.” Proust himself would surely have delighted in being translated by a faun, and would no doubt have wished to weave the long tendrils of some misty sentence in which Scott Moncrieff’s pirouetting prose was somehow analogous to the music of Debussy as interpreted by Njinsky. All were contemporary, and all have something or another in common with one another, which we, in our plainer times, lack.

Whether Conrad was right, and Scott Moncrieff is better than Proust, his book is one of those translations, such as the Authorized Version of the Bible itself, which can never actually be displaced.