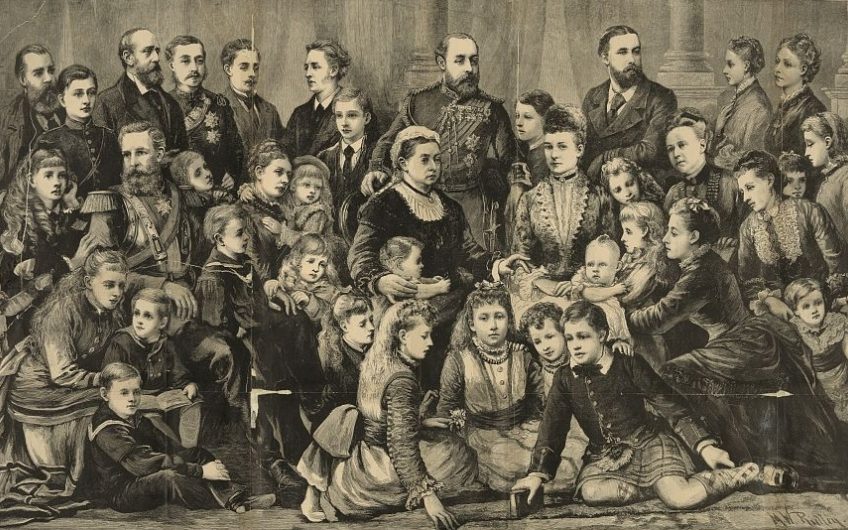 How exasperating it was, during the endless Brexit talks, to hear M Juncker or M Garnier suggest that the Brits are not committed Europeans.

Have they forgotten that in the 20th century, when we were arguably the only European nation to enjoy continuous democracy, we twice intervened to save the Continent from tinpot tyrants.

It was not our fight and we gained nothing from it, but we lost some of the finest young men of two generations in two world wars.

Watching the TV series Victoria we were reminded that, even in the 19th century, the monarch was transfixed by the intricacies of politics across the Channel. You could say she sacrificed her family life in her efforts to bring harmony to her continental neighbours. The Queen was said to have been more worried about the balance of power in Prussia, Russia and Afghanistan than in squabbles in her own nursery.

Fair enough, these are important matters, but might she have been wiser to concentrate on looking after her own children and grandchildren (pictured)? We know it wasn’t the aristocratic norm to be down with the kids but shouldn’t she have spent more time with her nine offspring and less time in bed with Albert?

The conventional wisdom is that she was a woman who had it all, a good job and a hard-working intelligent husband, with occasional tendencies of a mother superior.

In the TV series, she is more concerned with winning back her old chef to improve the food in the kitchen and with whether she can go riding again than she is with the well being of her first baby Victoria.

‘I don’t spend all my time in the nursery,’ says the Queen. ‘What the country needs is a queen, not a brood mare.’

Some might say it was a pity she didn’t spend more time in the nursery, bringing up well-behaved, little princes and princesses because some of her progeny contributed to the most disastrous decisions of the 20th century.

Although fond of sex, she didn’t care for child-bearing or child-rearing and couldn’t wait to get back on a horse, or on Albert. She was inclined to beat them and say they were ugly. She also enjoyed match-making and fixed up Princess Victoria to marry Prince Frederick, known as Fritz, heir to the Prussian throne.

Vicky and Fritz’s son Wilhelm was Kaiser Bill who, with the help of his aggressive Prussian generals, took Germany to war in 1914. If Victoria had been the Queen’s only child, instead of one of nine, Wilhelm might have been King of England as well as Prussia.

There have been other foreign kings on the throne of England, of course, notably William of Normandy, William of Orange and George of Hanover, all of them unpopular, but, after the Franco-Prussian War, a Prince of Prussia, especially Kaiser Bill, would probably have been the end of the British monarchy.

Another of Victoria’s grandchildren married Tsar Nicholas II and, although it might seem unfair to blame the Queen for the Soviet Revolution of 1917, it was the German government which decided to unleash Lenin on this volatile scene, ultimately leading to Stalin and all his bloodthirsty atrocities.

Without Victoria’s well-meaning intervention and family bridge-building, there might have been no First World War, no Soviet Revolution, no Treaty of Versailles and no redrawing of the boundaries of Europe. These events led to Hitler, to the Second World War and to the Holocaust. That’s 100 million lives that could have been spared – 40 million in the First War and 60 million in the Second – besides many others in related conflicts in India and the Far East and Middle East.

Victoria’s successors, Edward VII and George V, although less warlike than the Kaiser, are not entirely blameless here. Edward was a much better king than Victoria thought he would be in his playboy years as Prince of Wales. But he signed us up to the Entente Cordiale which, although well-meaning, later proved a commitment too far in the face of a German military build up. And George V is said to have told the Kaiser’s brother that Britain didn’t want a fight with Germany, a statement which although true would have given much-needed encouragement to his bad-tempered impetuous cousin.

Wilhelm was always the most difficult one. Born by breach birth, he had a withered arm; so they gave him a brace on his right arm to force him to use the defective one.

Professor Jane Ridley, biographer of his uncle Bertie, Edward VII, recalls that, when he attended Bertie’s wedding in St George’s Chapel in Windsor, wearing a kilt aged four, he bit someone and threw a dagger on the floor. He didn’t get on with his mother Victoria but had an on-off relationship with his grandmother the Queen, who once wrote to his cousin the Tsar about the Kaiser’s dangerous double game, flirting with Russia. He visited her at her death bed at Osborne House and she died in his arms.

Historian Miranda Carter has described Kaiser Bill as a crude and difficult man, an adolescent who never grew up and was jealous of his uncle Bertie’s charm. It was an embarrassment that Vicky had failed to produce a perfect child. He was a dangerous, destabilising force with an ambivalent attitude to England. He was emotionally damaged and suffered a nervous breakdown after being caught up in a gay scandal. Commenting on his withered arm, Miranda Carter said, ‘He saw himself as a superman but really he was nothing but a clown.’

To make matters worse, Bertie was married to Princess Alexandra of Denmark who became a popular Queen of England. The Danes hated the Germans, especially after Germany invaded Denmark over the Schleswig-Holstein dispute. But Victoria tended to favour the Prussians, reminding her family that that’s where their loyalties lay.

Professor John Rohl, a German-born academic who wrote a three volume biography of the Kaiser, has indicated that Wilhelm was largely responsible for policies leading to WWI and claims there was a streak of madness in the family.

‘Albert, intelligent and ambitious, was determined to put this burgeoning brood to good use,’ says Blakeway. ‘He and Victoria were united in the desire that they should not just be a model, loving and happy family, but that they would also set a moral example that would redefine royalty and be the foundation of a dynasty that would stretch across Europe, bringing peace and harmony to the fractious continent.

‘It was a noble plan, motivated by the highest ideals, and one that was to lead to the creation of the modern idea of the royal family so familiar to us today. But like so many of the best-laid plans, human nature got in the way.’

My family have paid two visits to the battlefields of the Somme this year, once to see the grave of my wife’s grandfather who died in 1917 and is buried near a town called Albert. A young lawyer from Melbourne, he volunteered for the Australian army and survived Gallipoli but died in France. He never met his daughter, my mother-in-law.

We also paid our respects to my great-grandfather who is buried nearby. His older brother died in France but his son, my grandfather, fought in the war and survived. We were moved by one tombstone which said ‘And for what?’ And another which asked ‘Was it really necessary?’

One is tempted to say, although it doesn’t go down very well on these sombre occasions, that it was entirely unnecessary.

Sir Edward Grey, the British Foreign Secretary in 1914, persuaded his colleagues to go to war to defend Belgium after it was invaded by Germany. It may have been an unwise decision, given that the German army was vastly superior and the French showed a reluctance to fight. Poor Belgium suffered terribly and millions of young Brits died needlessly.

Poor old Grey thought the fighting would be over by Christmas and that Britain, with the biggest empire in history, would prevail over Germany. If he had known about the lives that would be lost over the next four years, he would surely have seen that it just wasn’t worth it.

Such is the price of honour and sticking to treaties which may have been unwisely entered into. But was it all down to Queen Victoria and her complicated family affairs?