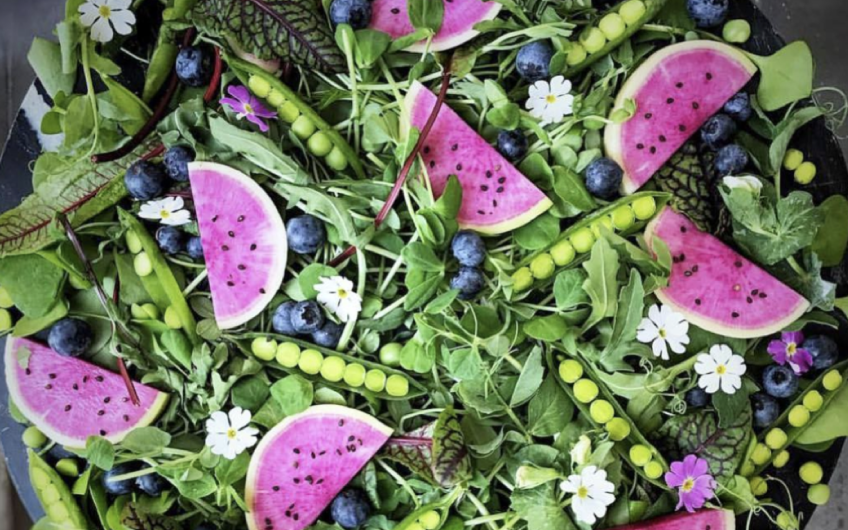 It was said, apparently by Herodotus, that the pyramids were built on radishes – or rather that the Egyptians’ slaves were sustained by radishes as they toiled to construct one of the wonders of the ancient world.

I don’t know whether radishes help to give today’s children energy and strength, but they are traditionally the first garden vegetable that a young enthusiast is encouraged to grow. They are certainly the easiest and one of the quickest, providing edible radishes within four weeks of sowing. It is advisable to sow a few seeds thinly every week or so, because a surfeit of radishes ready for picking at the same time will probably result in some being left too long in the ground and becoming limp and woody.

Radishes are often grown as a catch crop, between rows of slower-growing plants such as potatoes. French Breakfast is one of the most popular varieties for sowing from spring until late August. But the origin of its name is something of a mystery, as I don’t recall ever having been offered a radish with my croissant in France.

There are other names for radish, referring to European or Oriental countries, which are suitable for sowing now and harvesting in late autumn. These so-called winter varieties include Black Spanish Round, Violet de Gournay and China Rose. The Spanish one looks like a black-skinned turnip, and the other two have tapering roots. These radishes take two months or more to mature and can be left in the ground until it freezes.

Then there is the mooli, a radish grown widely in Asia, and in Japan known as daikon. It is white and parsnip-shaped and may grow to about twelve inches long. In China, where it is called white ginseng, it is said to have detoxifying properties. Milder-flavoured than some summer radishes, the mooli can be sliced raw or cooked with Oriental dishes. And it is one of the ingredients of kimchi, the Korean pickle.

Philip Pullman is wrong about the Oxford comma