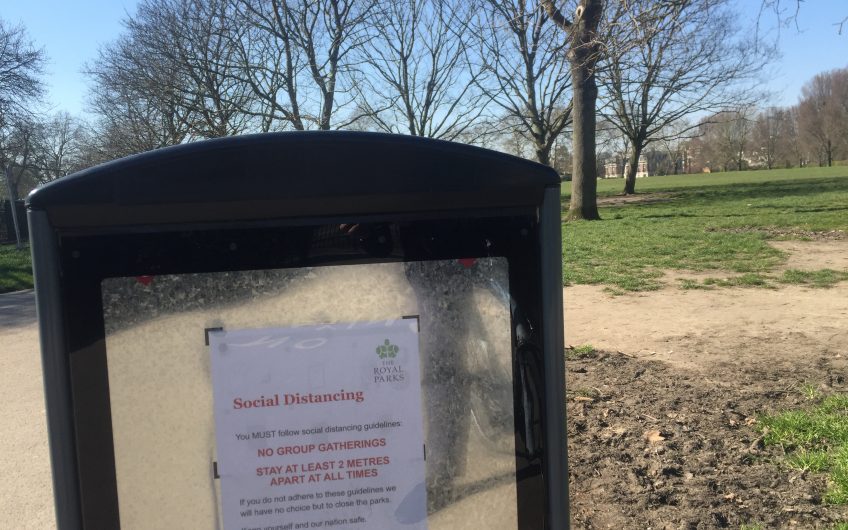 The rules imposed by the Government on Monday evening don't have much impact on park behaviour. Families and households are allowed to gather together in a park. And so are couples. And that's what the park was largely full of – families playing football, couples on walks, people on their own walking their dogs.

One of the many remarkable things about this horrible crisis is how quickly people have reacted first to government suggestions, and now to government orders. Yes, there were large groups gathering in parks at the weekend but they were the exception.

Last week, when it was only suggested that people should stay at home, London was three quarters empty. Now, when the Government demands it, it's almost entirely empty – apart from in the parks.

It's also astonishing how quickly us humans absorb new rules and notice people transgressing them. There was one group of four young men walking along the Broadwalk in Regent's Park today, breaking the no-more-than-two rule. I don't mind but I did notice. Ditto with a group of builders I saw chatting in Camden, not observing the two-metre social distance rule. Again, I don't mind but I did notice.

Even films suddenly look old-fashioned because people are touching and hugging each other. I watched Bad Lieutenant: Port of Call New Orleans with the wonderfully dissolute Nicolas Cage last night. He spends an awful lot of time beating people up, interrogating them, smoking crack with them and making love to them. The most shocking thing wasn't the illegal stuff – but all that close proximity between humans.

Regent's Park, too, had a shocking element to it today. Usually it's the bit of north London outside the park that's packed with people and traffic, and shaking with the loud noises of the city. Now, outside the park, all is quiet and empty. Inside the park, it seems positively busy (even though there are only as many people, if not fewer, there). And so, in turn, the normal seems distinctly odd.