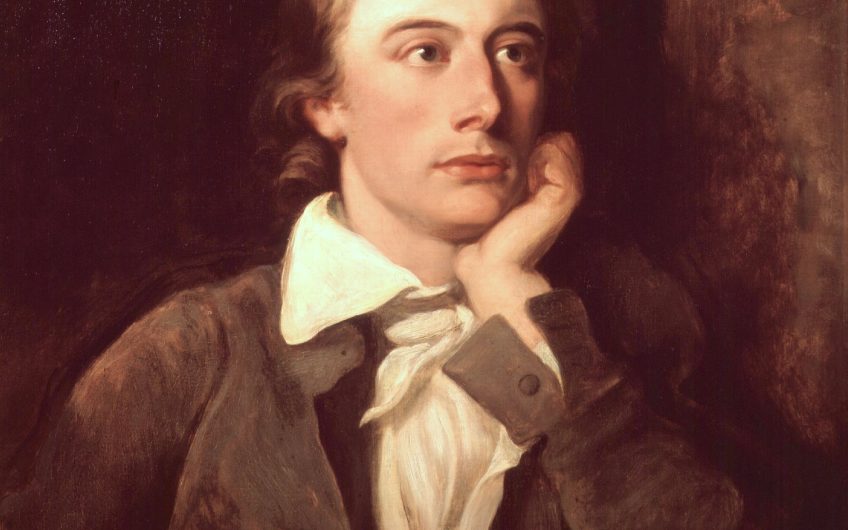 The Letters of John Keats are the extraordinary mirror of a soul, a picture of a great genius responding to impressions, and discovering the nature of his art – discovering, as a mature mind but a touchingly young person what it was that he wanted to do. The Letters are all the more striking, because they belong, so many of them, to the period before Keats came to write the very great works which made his name immortal – the Odes, and the Eve of St Agnes. Lamia, Isabella, the Eve of St Agnes and Other Poems was published 200 years ago on July 1, 1820.

It is not possible to say anything new about Keats. We can merely rejoice in his existence.

His poems have been picked to bits by academics, many of whom have had clever-clever insights, but few of whom, I think , have really enlarged our sense of Keats’s achievement. I except from this the very remarkable book by John Jones, first published in 1969, John Keats’s Dream of Truth. And the works of textual scholarship such as Miriam Allot’s fine edition of his poems in the Longman’s series. I am not an expert on Keats, merely one who finds myself reading his poems and letters repeatedly and always with an enriched enjoyment. And also a sense which grows, as I become older and two of my children are already much older than Keats was when he died, that human lives are not to be measured in time. I am not meaning here to enter the debate of how Keats would have developed as a poet had he lived a full span. That is pointless. But I think you do have a sense in the letters that here was a man of exceptional wisdom and that, tragic – indeed unbearable – as his story is – it is a story of completion rather than of incompletion. His life and achievement were so much fuller than those of us who have lived twice as long as he did.

In his letters, Keats returns repeatedly to the liberating power of the Imagination. He wrote to his friend Benjamin Bailey:

“what might be regarded as his creed, one of the greatest of his letters and one which can fairly be used as a key by which to read his poetry.”

Keats is referring to the Eighth Book of Paradise Lost when he says,

“The Imagination may be compared to Adam’s dream – he awoke and found it truth. I am the more zealous in this affair, because I have never yet been able to perceive how any thing can be known for truth by consecutive reasoning – and yet it must be. Can it be that even the greatest Philosopher ever arrived at his goal without putting aside numerous objections. However it may be, O for a Life of Sensations rather than of Thoughts! It is a ‘Vision in the form of Youth’ a Shadow of reality to come – and this consideration has further convinced me for it has come as auxiliary to another favourite speculation of mine, that we shall enjoy ourselves here after by having what we called happiness on Earth repeated in a finer tone and so repeated”.

I do not think that we need take Keats’s words as mere words. When his brother Tom died, some fifteen months after this letter to him was written, Keats wrote to his surviving siblings George and Georgiana – “The last days of poor Tom were of the most distressing nature; but his last moments were not so painful, and his very last was without a pang. I will not enter into any parsonic comments on death – yet the common observations of the commonest people on death are as true as their proverbs. I have scarce a doubt of immortality of some nature or other – neither had Tom”.

Like Blake, though in a very, very different way, Keats does not need the parsonic religion to confirm his sensations, to confirm the felt life which the Letters so sublimely and so spontaneously record.

“I am certain of nothing but of the holiness of the Heart’s affections and the truth of Imagination – What the imagination seizes as beauty must be Truth – whether it existed before or not – for they are all in their sublime, creative of essential Beauty.”

Cheers! It's opening time at the pub. By David Horspool

The wrong kind of music