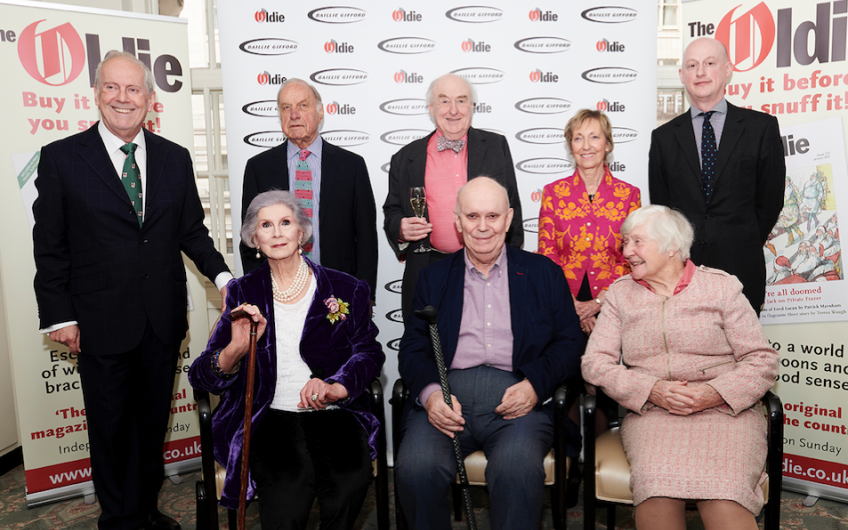 Duncan Fallowell remembers his old friend, April Ashley, who has died at 86. She was our Oldie of the Year in 2018

April Ashley was sitting on the floor of my rooms in Magdalen College, Oxford, gazing into the fire, when she first said to me, ‘I shan’t make old bones.’ It was 1968; and the night before, we’d given a dinner in her honour in the Oscar Wilde Rooms, an event which climaxed with April dancing a fandango on the table in and out of the flaming candelabra in a lace dress.

I’d met her through a friend of mine, Percy Curran, who’d been at school with a boyfriend of April’s. Percy told me that she was one of the first transsexuals – a sex-change as the phrase then was – and that the operation had taken place in Casablanca in 1960. But I knew nothing more. In the event, she was amusing, warm and fabulously daring, a beacon of possibility. No safe space around her. We clicked immediately and became great friends.

Soon afterwards, April found herself nationally notorious through her divorce from Arthur Corbett (who became Lord Rowallan in 1977). They had married in Gibraltar in 1963, but it hadn’t worked. Corbett’s father was Chief Scout at the time; so social interest in the case was high too. Corbett was seeking annulment on the grounds that April remained legally male. The case dragged on but, in 1971, he won. Justice Ormrod said that in human biology there was no such thing as a sex-change and, since marriage was between a man and a woman, the marriage was void.

What would be her future status as a human being now? Was she to remain for ever in limbo? April had continued to visit me at Oxford which was an important outlet for her. My friends and I simply accepted her at her own estimate. We were enchanted by her stories of wild times in Paris, Rome and Marbella, and the doors she generously opened for us into Swinging London where she was a key personality. In Paris, she’d worked in cabaret, to earn money for the Casablanca operation, and in Marbella April had run a nightclub with her husband Arthur Corbett.

Somehow, after the loss of the Corbett case, she retained her jeu d’esprit as well as her native Liverpudlian grit (she’d been born into a working-class family in Liverpool in 1935). But this was a traumatic period. She grew very thin. She cried a lot. She drank a lot. I took her to the Spectator’s Christmas party in 1970, just before the judgement the following February. Spectator owner Harry Creighton and his chums were delighted, demonstrating an alternative, highly sympathetic face from the Establishment - the thing which most amazed Harry was that April could out-drink Bill Grundy.

But survival came before acceptance; with her friend Peter Madok, April began her return by opening a restaurant in Knightsbridge, a subterranean magnet for the monde and demi-monde. Eventually that proved too much; and she moved to Hay-on-Wye, and later to California to work in an art gallery.

Meanwhile she was slowly pursuing her campaign for social and legal recognition as female. In the 21stcentury, the zeitgeist moved in her favour and, without quite realising it, she became one of the heroines of a movement which took the debate beyond strictly biological considerations to incorporate social and psychological ones, in order to remove the practical anomalies which had arisen from Ormrod’s judgement. Fogeys, curmudgeons, and religious neurotics were seen off. Transsexuals were accorded new gender rights in 2004; in 2012, April was awarded the MBE for her vital contribution to these advances.

Of course it is the transsexual aspect which has always grabbed the headlines, and often unkindly so. But I was never very interested in that. April was a friend and therefore unique. What I really admired was her courage; and what I really loved was the spirit behind her particular struggle, something which so many of us share: the intoxicating dream of freedom.