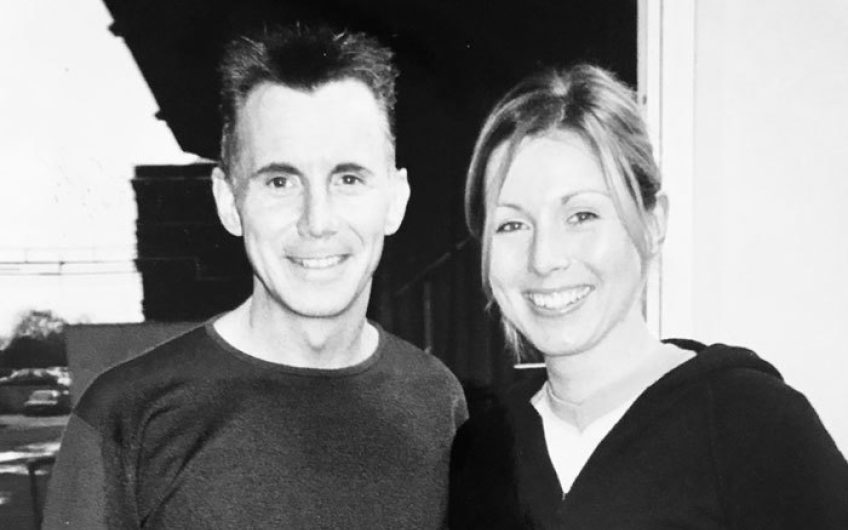 A short message from a friend telling me that Gary Rhodes had just sadly just passed away certainly wasn’t what I expected to wake up to today. Wow, what a shock. Aged 59, a devoted family man and incredible chef… just too soon to be taken.

When something like this happens it makes you think back to the past, and rather than dwell on the sadness it’s far better to remember good times.

I’m lucky enough to have known Gary for many years, and it’s thanks to him where my career path has gone. Now a cookbook author and presenter myself, I met Gary in 1996 at the very start of my career just after I left university and moved to London. I was doing work experience at the BBC Good Food Magazine and was asked to assist Gary at the NEC for a series of live demonstrations. He was known for his perfectionism, so quite naturally I was feeling nervous. We’d spent hours preparing and just as he was heading off to stage I managed to drop a wooden spoon in the middle of a fancy baked cheesecake he was revealing at the end. I thought that was it for me, but somehow – I got away with it and Gary asked me to work with him again, and again and again!

Wherever he was in the late 1990’s and early 2000’s, I was there making the ‘here’s one I made earlier’, adapting his recipes to work in home kitchens rather than in a restaurant, food styling for photo shoots, preparing for live demonstrations and writing recipes. Work was busy enough for me but he was fitting all this in on top of his restaurants and family life. Hard work and dedication is something Gary was known and respected for.

So upon thinking of the good times I’ve many moments I’ll never forget. On one occasion in the early days, someone called Jamie Oliver…you may have heard of him, was standing back stage at a the NEC, where Gary was demonstrating to a few hundred people, and he whispered in my ear “I’d love to be up there one day doing what he does”. I did a secret eye roll and thought “Yeah, you and many others”. But before long he was, and both Jamie and Gary were entertaining the same crowds. In Jamie’s own words in a dedication on Instagram today, Gary was a massive inspiration to him as a young chef.

Gary had a wicked sense of humour - with rude jokes constantly being told in very inappropriate times during photoshoots and filming. How he kept a straight face to the camera I do not know. I know I struggled to.

I have many memories of a live tour around Britain he did. We travelled across the country over a few weeks where Gary would perform live cookery demos in theatres and halls. Halfway through he would race backstage and do a quick change from his chef's whites into a glitzy outfit and break out into song for the audience. I won’t reveal too much but the outfit change didn’t go to plan and we often saw more of Gary than we bargained for! Gary loved to be on stage whether it was cooking, singing or of course dancing - he even went on Strictly Come Dancing.

So many words can be used to describe Gary: inspirational, culinary legend, true professional, determined, passionate, ambassador of modern British cooking… he was a well respected in the chef and restaurant world but also a huge household name as a result of his hugely successful cookbooks and numerous TV series.

Thanks to Gar,y I not only gained so much knowledge in the world of food and cooking, but I’ve made some amazing lifelong friends and contacts along the way through the jobs we did.

What an honour to have worked with you Gary. May you rest in peace.