RIP the genius who designed jumpers for Elton, Diana – and me 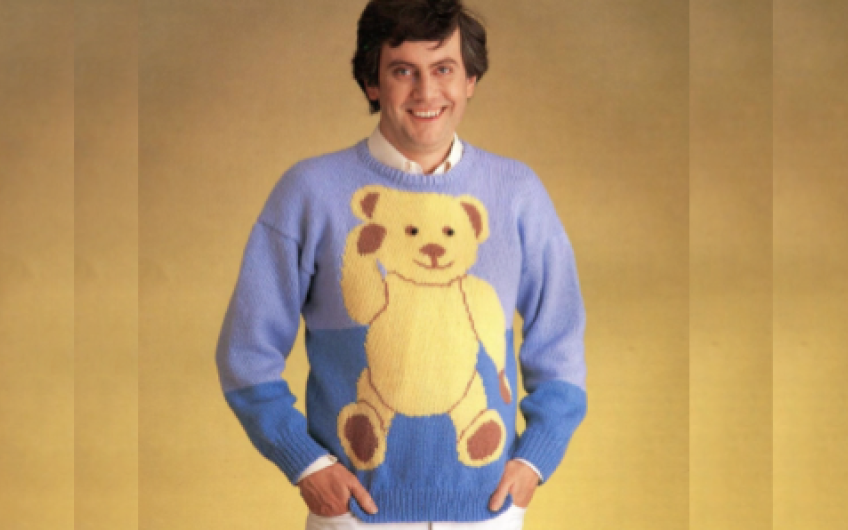 My friend George Hostler has died. He was a lovely man and the designer who, in the 1980s, created an amazing array of fabulous fun jumpers worn by the likes of the Princess of Wales, Elton John – and me. Diana and Elton only had a couple of George’s jumpers. I had hundreds.

I last wore one of George’s jumpers in public in about 1990, but even now, nearly thirty years later, barely a day goes by when somebody doesn’t ask me about them. If I’m known as ‘the fellow in the woolly jumpers’ (and, like it or not, if I’m known at all it’s probably as that), it’s thanks to George Hostler.

George was a bit of a genius. He graduated from Durham University with a BA (Hons) in Fine Art and became a sculptor – exhibiting his work in the UK, across Europe and in Australia. In the 1970s he turned from sculpture to fashion, formed his own design house and began creating knitwear for, among others, Zandra Rhodes and Stirling Cooper.

His jumpers began to sell worldwide – at Harrods in London, at Bloomingdales in New York, in upmarket outlets in Germany, France, and Japan. In the early 1980s, walking through Kensington, I saw one of his jumpers in a shop window, went into the shop, bought the jumper and decided to find the man behind the label.

I found that he was based in Leicester, as head of the Design Foundation Department at Leicester Polytechnic, now De Montfort University. I got in touch; we met; we became friends; and over the next few years – when I was appearing regularly on TV-am, on Countdown, on game shows like Give Us A Clue, Blankety-Blank and The Railway Carriage Game – George created appropriate jumpers for me to wear for each appearance.

Because he was based in Leicester and I was in London, I’d call him to discuss an idea, or send a doodle of a design to him on a postcard; he’d then create the jumper, parcel it up and send it up to London by train. I’d be at the parcels office at St Pancras station several days a week picking up packages from George.

I’ll post another blog later about my life with jumpers. This is just to salute the memory of George Hostler (1939-2018) – a completely delightful person, self-deprecating, humorous, kind-hearted, creative. I was lucky to know him. In a way, he changed my life. He certainly enhanced it. Knowing the gifted and lovely person who was George Hostler was nothing but a joy. May he rest in peace.

Gyles in a George Hostler knit

Prince Philip's Memorial Service – the View from the Pews. By Harry Mount