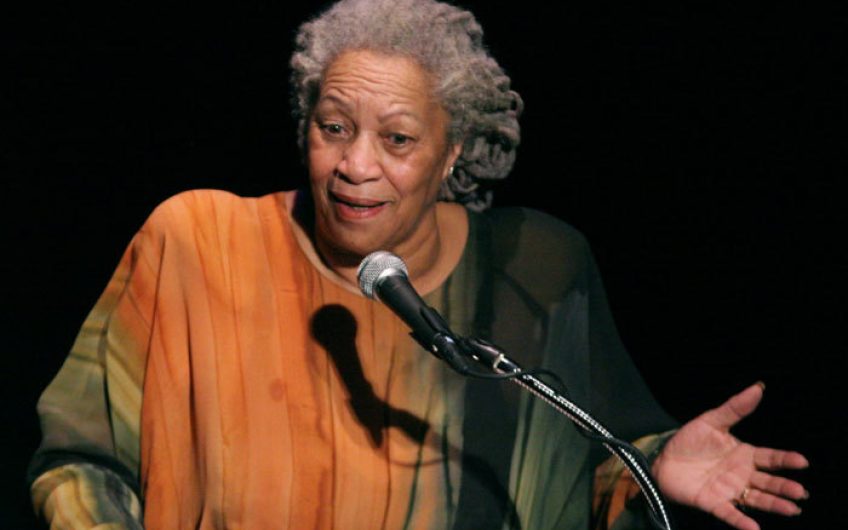 I was turning forty when I interviewed Toni Morrison for BBC Radio 3 in her editorial office at the publishers Random House in New York City. She wasn’t much older but she seemed years in advance of me in terms of wisdom and experience. I was in awe of her as soon as we had shaken hands. Very few people I have encountered in a long life had such an imposing presence. Her voice had a lived-in authority, as did her face. She had seen and heard things that we were far beyond anything I had ever experienced. I remember that I began to feel tongue-tied as she waited for me to ask the first of what turned out to be many questions.

I learned something very important from her that memorable afternoon. Had I taken her words literally, extracting them from the subtle context surrounding them, I could easily have taken offence. She mentioned my whiteness. She smiled as she did so. ‘You look surprised,’ she said. I confessed that I was. She proceeded to tell me, almost as if to a child, that she’d had to live for 46 years with people reminding her that she was black every day. She was already one of the up-and-coming black American novelists, and the first black woman to become a senior editor in a prestigious publishing house. She was grateful for the praise and dedicated to her job, which hadn’t come her way easily, but there was always this element of surprise in the compliments she was being paid. You could call it white condescension.

We discussed American literature. She had some time for the Southern writers Flannery O’Connor and William Faulkner, both of whom include Negroes with ordinary human failings in their fiction, because they were describing the reality of everyday life in Georgia and Mississippi. She had no patience at all with the well-meaning plays and stories of white liberals who were displaying their tolerance and understanding of what it was like to be born black. This, too, was condescending. Toni Morrison reminded me, yet again, of my whiteness and that I had to be wary of it.

She hadn’t written her masterpiece Beloved then. When she came to London to celebrate its publication here, I was invited to a dinner party in her honour. She said she hoped she hadn’t frightened me when we’d met in New York. She laughed when she told me that I’d looked terrified of her. I answered, truthfully, that she had taught me a necessary lesson.

I’d read her novel The Bluest Eye before that mind-changing interview and thought of it many times over the three or four decades in which the dazzlingly talented Michael Jackson spent millions of dollars making himself look whiter and whiter. His appearance at the end of his short, tormented existence resembled that of some monstrous freak created by a mad scientist chuckling away in his laboratory. The deluded singer and dancer, who was a beautiful young man, was in awe of that whiteness Toni Morrison had mentioned to me with her customary authority.

She is a great writer, like the eternally questioning James Baldwin and Ralph Ellison, author of the seminal classic Invisible Man, a title that met with Toni Morrison’s disapproval. Yet her glittering career owes a lot to Ellison’s pioneering novel, in which he shows how America made black men and women essentially invisible, knowing their place in a predominantly white society. It is part of Morrison’s genius to have made those people visible, never to be cast aside or relegated to the shadows of literature or life again.

Perfect British weather – for one day only

Harvey Weinstein is sentenced to 23 years