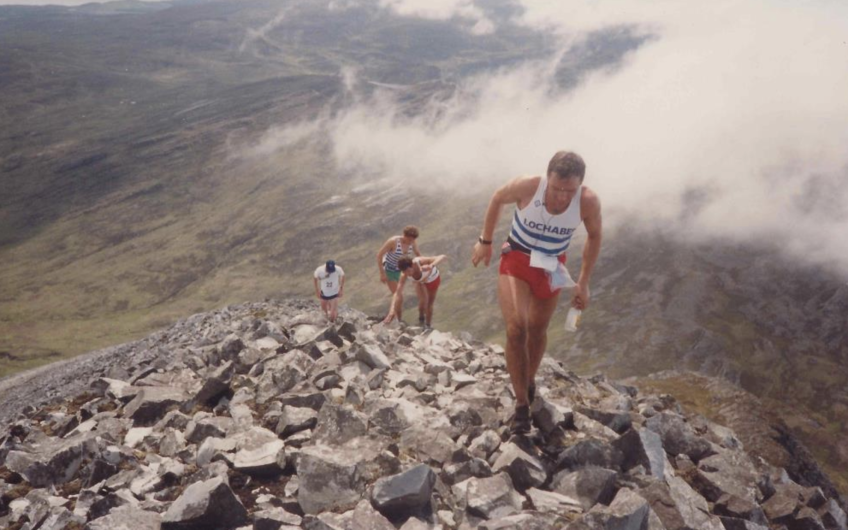 To Edinburgh! Place of misted hills, grassy glens, and regal neoclassical architecture. Surely no city can be more verdant, more bucolic at this time of year? You’d think I might scheme a trip around the great comedy festival in August, or plot a lazy bank holiday weekend meandering around beautiful Stockbridge. But my trip was for no such pleasure. I was there to take part in my first half-marathon – that’s 13.1 miles.

Sure enough, this foolhardy feat was born out of an Oldie commission. In October last year, I travelled to the Isle of Jura, one of the remotest spots in the Inner Hebrides. I was writing a piece to mark seventy years since George Orwell wrote Ninety-Eighty-Four on the island.

Early for supper one evening, I leafed through the hotel reading material. One item chronicled the great Isle of Jura Fell Race, originally called the Bens of Jura Fell Race which has been an annual event since 1973. I’d heard folkloric tales about the race: the great endurance battle up the steep-sided paps (the three conspicuous hills that dominate the island), the navigational minefield it presents as the mist descends, and the weekend-long ceilidh that follows the great athletic undertaking.

The black and white photographs showed lithe runners battling cliff and crag. It looked like the ultimate test, and was described by Ben Eaves, a fell runner and winner of the Ben Nevis and Three Peaks fell races, as ‘the most ambitious race, ever promoted’. The route is just 17 miles, not a patch on the lengthy 26.2-mile marathon, but includes a 2,350m (7,710ft) ascent. The terrain is also a treacherous mix of bog, marsh and rock. Race aside, Jura is an absolute mission to get to. Getting to the start alone is quite an achievement.

On 1st December last year, the day that the race opened for entries, I got a real shock. The application required something not far from a ‘running CV’ to be an eligible contender. ‘Entries will be vetted,’ it said, ominously. It added that they were seeking ‘credible experience’ to show that runners could complete the race safely and within the cut-off times. Things such as skyline races, two-day mountain marathons or ‘ultras’ such as the classic Dragon’s Back were cited as good ‘runs’ for the portfolio. That, or an allegiance to a British fell or hill running society… not likely.

In the ‘good old days’ the locals would show up and gallop round – most people on the island would take part. Sadly, red-taped bureaucracy has got in the way, and the ‘computer says no’ approach has made it all the way over to the Inner Hebrides.

It was this bureaucratic obligation that brought me to Edinburgh to compete in my first half-marathon. How did I do? Not dreadfully. I ran a personal best time which wasn’t awful, given that I’d spent the previous precious week gallivanting in Seville on an Oldie field trip. The race is a benchmark on the running CV that will hopefully, one day, lead to the Great Isle of Jura Fell Race. Although, it's safe to say, it might still be a while.

Photographs from the Isle of Jura Fell Race archives.

That coin; that comma