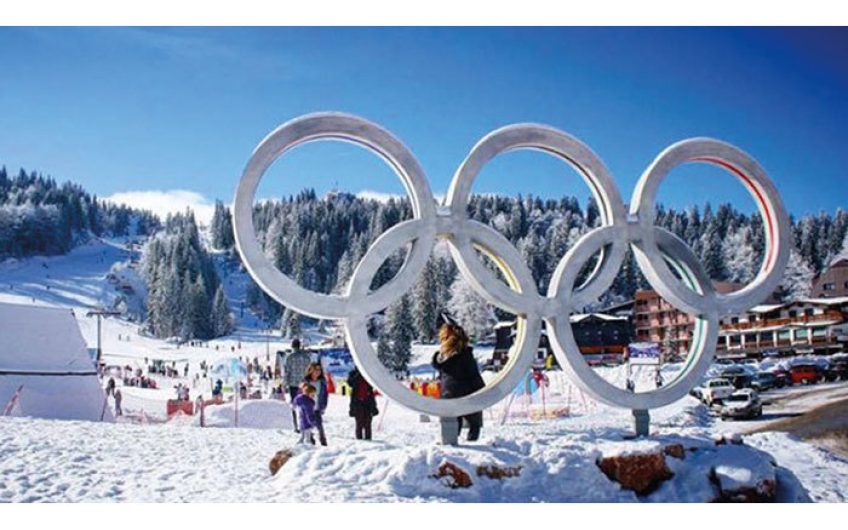 The remains of the 1984 Winter Olympics in Jahorina, home to the women’s slalom
View Full Size
1
of 1

It was with some trepidation that I stood at the top of Sarajevo’s Olympic slalom run.

I’d seen the pros on telly, belting it down, weaving through the flags like cape-less superheroes, an exhaust of powder pouring off the back of their skis. I felt more like Eddie the Eagle.

With limited visibility, my imagination was creating, behind the impenetrable clouds, a narrow, twisting, steep run. In a few moments, I would be hurtling out of control across the ice.

I needn’t have worried. The run started precipitously, but quickly levelled out to a ridge. From there to the bottom it was steep, but very wide and the snow was crisp and powdery. You could hare down without losing control and turn into the flat at the bottom with enough velocity to carry you back round to the lift, adrenaline pumping, to do it all again.

There were no queues at the lift. In fact, there was hardly anyone around at all. And this in February half-term. My two sons and I were at Jahorina, just 20 miles from Sarajevo, in the Serbian enclave of Bosnia, the bad lands of the Western Balkans. This had been the women’s slalom run at the 1984 Winter Olympics in Sarajevo.

If you speak to Sarajevan oldies about their city, at some point they will start waxing nostalgic about that glorious winter of 1984, a moment of collective endeavour when the world’s gaze was on the city for all the right reasons.

In those halcyon days, Sarajevo, ‘the Jerusalem of Europe’, was at unity with itself; there was peace within its walls and plenteousness within its palaces.

The glories of that time shine all the brighter for being viewed across the chasm of the Serbs’ 1992-96 siege of the city and, often, through the prism of

a long and tear-stained exile. Like Jeremiah, they grieve for the solitary city that was full of people, her desolate gates and her bitterness. At Jahorina, all that remains of the 1984 Olympics at the top of the slalom run is a sign (pictured) and some wooden fencing. But you don’t need the place’s past glories explained or restored to appreciate its magic.

Even from some of the lower slopes you can see out across the country for miles and miles on a clear day. The forested hills roll away into the distance, with the summits poking like croutons through the low-lying soup of cloud. It is a phenomenally beautiful country, home to the only sizeable primeval forest in Europe outside Norway.

Jahorina has 16 miles of pistes and trails. There are plenty of excellent, interlinked, broad runs that will take you from the top of the mountain to the bottom. On the lower slopes, the pistes run through dense forest.

The infrastructure is good. The lifts have recently been revamped; the pistes are raked professionally every night; and there are snow guns in case the cover thins, although the whole time we were there the snow was good. There are plenty of options for lunch.

It’s also very good value. We stayed in a small one-bedroom apartment, halfway up the mountain, with a sofabed in the main dining-cum-living room. It had a small kitchen and was very warm and snug. We could ski straight out of our front door onto the slopes. Skis, poles and boots cost £10 per day. Every evening we ate at a fantastic restaurant – the Rajska Vrata (heavenly door) – 50 yards from our apartment, with a cosy wood-panelled room, a huge roaring fire and an excellent selection of food. I tried to push the bill up by drinking plenty of Vranac wine and my children did the same by scoffing platefuls of cream and Nutella-larded pancakes for pudding, but we struggled to get it much over £30-£40 an evening for all three of us. The internet suggests there is some fun, if unpretentious, nightlife to be had, although we didn’t explore that.

We did, however, spend a few hours exploring Sarajevo before heading home. It’s well worth a visit.

Mustafa, who organised our transfers, showed us round some of the sites from the 1990s siege, but also gave us a tour of the old city and the 19th century district. The narrow streets, markets, and cafés of the old city, watched over by elegant stone mosques with beautifully carved minarets, will transport you straight back to the pre-industrial Levant.

Like everything in this country, it’s not quite that simple. Some of the buildings that look like they must be Ottoman, including the beautifully restored City Hall, were an attempt by the Austrians to exhibit some cultural sensitivity towards (and curry political favour with) the Muslim population after they took over from the Ottomans in 1878; the country’s chronic political fragility set beautifully in stone. Still further west, the 20th century dominates, with communist blocks of flats and offices. The drive to the airport for your flight provides ample opportunity to inspect those.

It is worth visiting the spot where Archduke Franz Ferdinand and his wife Sophie were assassinated, by the river, a short walk from the old city. Their driver had taken a wrong turning and had halted in order to reverse.

You can see why it was so easy for Gavrilo Princip to shoot them at point blank range. He couldn’t miss. And so the horrors of the First World War began.

Of course, Bosnia is not paradise on earth. There was an ugly unfinished building below our apartment block on the mountain. The service in some shops left me thinking the citizenry should remember communism ended 30 years ago. And the country’s politicians seem to have adopted the navigational talents of Franz Ferdinand’s driver as a paradigm for political leadership.

But, selfishly speaking as a tourist, the benefits of the country’s problems are huge. In an age of the cruise ship and industrialised tourism, where the trade hasn’t just killed the thing it loves, but dressed the corpse as a clown to entertain the kids, Bosnia offers a respite.

You can feel good about visiting this place. You won’t ruin the environment. The country desperately needs your custom and it brings some adventure back to travel.

It’s enough to make you as nostalgic as those ageing, misty-eyed exiles with their fading memories of that glorious winter of 1984, the vanished spirit of their city and their vanished country.

Five nights’ accommodation, transfers from the airport and four-day lift passes for three cost just over £1,200.

Austrian Airlines, from Heathrow, via Vienna, to Sarajevo, from £215 return

May issue of the Oldie available to download now – one week early!