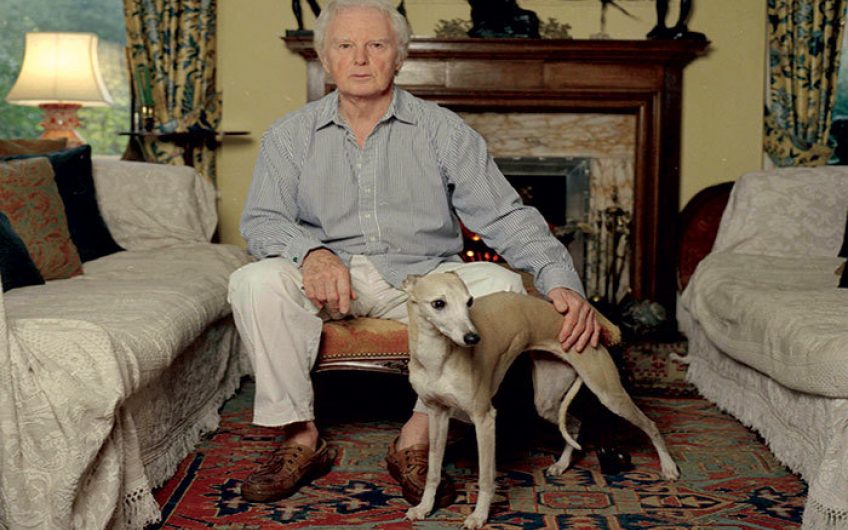 The one thing you can say about my memoir Outsider is that I was absolutely honest. There seemed no point in not being honest; the truth, the whole truth, and nothing but the truth. So I’m not entirely displeased though I do blush sheepishly when people say, ‘I’ve read your book’. They tend to whisper it as though they too are slightly ashamed and embarrassed that they may even have enjoyed it. The bad thing about my book is that there was very little about my dogs, and they have been my companions all my life, at least since I was about three or four. And the dogs are with me still – not all of them, just two – but the memory of them is very close and very comforting and very occasionally weepy: it’s more or less exactly a year since I entombed my Alsatian, Winckelmann. Forgive me as I put my tongue between my teeth and stop crying. I felt I owed the dogs something. I had largely left them out of the book and they had been so important. They had been such loyal companions; such devoted, unquestioning, adoring companions, and there’s nothing that pleases a man more than being adored, even if it is a dumb animal doing it. So I wrote a little book about their adoration and other things.

It’s astonishing how sexual dogs can be, particularly male dogs. I remember that I had a close friend called Joe McCrindle who was the publisher of the Transatlantic Review, and he had a dog called Bruce. Joe had a party one evening for some rather distinguished American authors, and Bruce was loose, in more senses than one, now I think about it. One of the American authoresses – a very stout woman – had brought her dog with her and the dog was called Miss Parsley. Miss Parsley sat in her lap all evening and then Bruce became a bit boisterous and stuck his big Labrador head up this woman’s skirt, and she pushed him away saying ‘Oh Bruce! What are you doing?’ Someone said, ‘He’s looking for Miss Parsley.’

Anyone who’s had a dog will have had at least one embarrassing experience of that kind. But dogs embody all seven of the virtues and only two of the vices – those are lust and gluttony, which as we all share them must be forgiven, I think. The best thing about dogs is what they don’t do: they don’t shout at the television screen when Fiona Bruce appears; they don’t shout at Alan Yentob. They don’t lament the doings of Saatchi and Serota; they don’t worry about Tate Modern and Tate Britain; they don’t worry about the awful exhibitions that we’ve had this year. They show no concern for these things. They don’t talk about French philosophers. So it’s in what dogs don’t do that we should perhaps most value them.

But I press the point that life, for some of us, is not worth living without a dog. Those of you who don’t understand this curious relationship should make some attempt to do so. Because what a dog does, I think, is our last remaining link with ancient history. The dog and the man, or the dog and the woman, the dog and its owner, they are sort of representative of what we were tens of thousands of years ago when we were closer to nature and more understanding about the environment and our lives were not intellectual occasions like this, but devoted to hunting and gathering and making life tolerable for ourselves. My dogs have made my life tolerable. There have been events which have been in many ways deeply unpleasant. But always there is the dog. Such solace in a dog. To touch it, for it to touch you. Feel it’s cold nose, to stroke its head. To realise you’re with something that is totally uncritical, which loves you dearly whatever you look like first thing in the morning. It has no criticism of its owner.

It is the most wonderful thing in the world to live with something which has no malice whatsoever towards you. Get a dog! All of you. Go to a dogs’ home and get a dog for Christmas, and keep it!

Brian Sewell’s Sleeping with Dogs: A Peripheral Autobiography is published by Quartet (£12.50 HB)