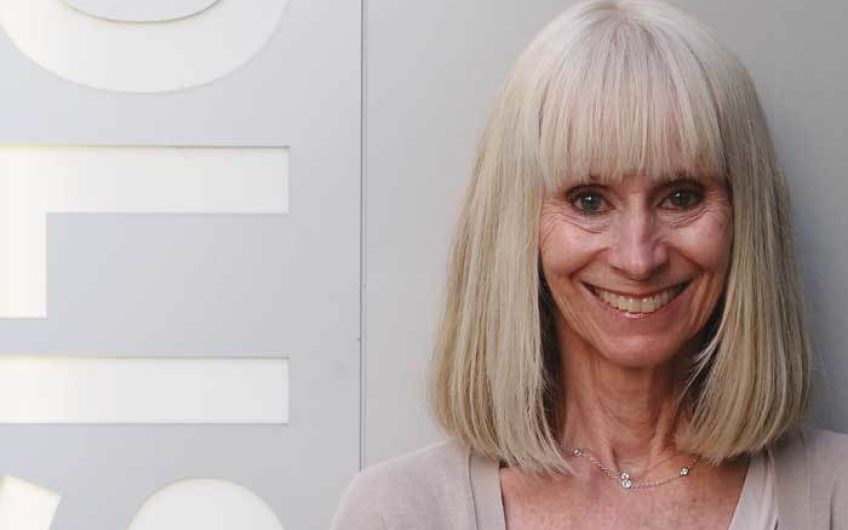 Rita Tushingham, 77, returns to our screens in The Pale Horse on Sunday. She talks to Sarah Shannon

In 1961 Rita Tushingham was a teenager fresh from convent school with a backstage job at the Liverpool Rep. Then she spotted a newspaper advertisement inviting women to apply for the lead in a film version of Shelagh Delaney’s groundbreaking play, A Taste of Honey.

Rita replied to the advert and was plucked from several thousand applicants for the role. The film marked a turning point in cinema history – and in Rita’s life. It told the story of schoolgirl Jo who seeks affection in the arms of a black sailor. She becomes pregnant and finds herself living with a gay friend. Compare that with the chocolate-box Doris Day movies that Hollywood rolled off its production lines in the early Sixties and it becomes clear why A Taste of Honey caused a stir. Several countries banned it for its ‘immoral’ subject matter. But for every critic it appalled, another was spellbound, and Rita won both a Bafta and a Golden Globe for most promising newcomer. With her brown bob, heavy fringe and huge soulful eyes, Rita fast became one of the faces of the Sixties, a linchpin of the new wave of kitchen sink dramas.

Now 77, Rita lives in a beautiful riverside development in London, a world away from the squats and squalor of her early films. She waves me into her home with a cheery hello. The Scouse accent is only just detectable after many decades away from her home town. A blonde bob has replaced the brown one but her eyes shine out just as they did when she first appeared on film as an eighteen-year-old. She talks about her Taste of Honey auditions with director Tony Richardson: ‘He saw something in me. Thank God for him, otherwise it might never have happened for me.’

It’s strange to think that this was Rita’s first film. She holds her own against Dora Bryan, who plays her drunken and libidinous mother, and Robert Stephens, playing her mother’s new lover. How did she do it? ‘I didn’t think of the camera. I wasn’t intimidated by it. I love the camera and I think because of that I let it in. Some people might be amazing on stage but it’s strange – the camera doesn’t get anything from them.’ She also possessed a youthful insouciance that made her oblivious to the importance of this role to her future. ‘Ignorance is a wonderful thing. You do things when you’re young. Like kids that drive at eighty miles an hour. You just do it without realising what it means.’

Before filming began, Tony Richardson and John Osborne introduced Rita to London by way of the Royal Court Theatre, where she appeared in Thomas Middleton and William Rowley’s Jacobean tragedy The Changeling alongside Mary Ure and Robert Shaw. She doesn’t recall being starstruck. ‘Having worked with actors backstage at the Liverpool Rep, I knew what they were like, warts and all. They’re just doing their job.’

A no-nonsense attitude to stardom came in handy in those heady days of the early Sixties. London buzzed with talent. One of the first people Rita met there was Francis Bacon when, as a struggling artist, he had his studio in Paul Danquah’s Battersea flat (Danquah was the actor who played Rita’s sailor lover).

She met bands, and actors from Liz Taylor to Harold Lloyd. ‘They weren’t your best friend or anything, but I met them all.’ The Sixties definitely swung for Rita. ‘We came out of a black and white period after the war. It was a struggle and suddenly little bits of colour started to burst on the scene. Not just in acting, but in music, in dance. There was a great freedom and everyone embraced that.’

But some aspects of that lifestyle did not appeal to the young actress. ‘I have never drunk or smoked. Everyone was doing whatever they were doing but I would just get high on people… and I would always remember what they’d said the next morning!’

After A Taste of Honey Rita starred in more innovative drama, from Girl With Green Eyes to The Leather Boys, which again touched on homosexual themes, to Smashing Time, written by George Melly, a satire which sent up Sixties celebrities. Today Smashing Time seems both uncannily prescient of our celebrity-obsessed age and a very funny satire of the Sixties, but it was poorly received. ‘It was all very tongue in cheek, but people didn’t get that at the time,’ Rita recalls. And were those days as fame-hungry as our own? ‘Now we have reality shows where people get chewed up and spat out again. Then there’s all this tweeting. When people tweet that they are going for fish and chips, who’s interested? You can’t reveal everything otherwise what do you reflect on when you’re alone?’

In 1965 Rita had a part in a very different sort of film, playing the daughter of Julie Christie and Omar Sharif in David Lean’s Doctor Zhivago. She remembers Lean’s intensity: ‘He was very exacting. Sometimes he would sit for hours thinking about what he wanted.’ She found light relief on the set with her co-star Alec Guinness. They went for long walks together in the boiling heat of their Spanish location. ‘In the end, I’d say, “I can’t go any further” and Alec would say, “I hoped you were going to say that because I certainly wasn’t going to give in.”’ Guinness also gave the young actress sound advice. ‘I’d say, “Tomorrow’s our big scene,” and he’d say, “Every scene is a big scene.”’ After a decade of constant filming, interrupted by the birth of her two daughters, Rita entered the Seventies and found that work ground to a standstill. ‘I thought that the Sixties was just what life was like. But then I realised going into the Seventies how difficult it was to get projects made. Money wasn’t readily available anymore.’ But Rita is a grafter. She went off to Italy and France to make films and spent years in Canada too.

These days she views the tricky path of an older actress with equanimity. ‘Of course there are always up-and-coming people. When you get older there are fewer roles, anyway.’

Doesn’t the recent wave of oldie-friendly films like Philomena, The Best Exotic Marigold Hotel and Quartet give her hope that filmmakers are waking up to the potential of an older audience? ‘They’re not going to write a lot of roles for my age group. And if they do there’s a lot of people that are able to play them,’ she shrugs. ‘It’s all part of the game. There are times when you’re doing things and times when you’re not. You have to accept that. Tomorrow it’s only a phone call and something new is happening.’

In the meantime, Rita helps out looking after her beloved grandchildren who live just around the corner, and has plans for a children’s book. She finds it infuriating that people assume that as an actor she should always be working. ‘How many 77-year-olds do you ask “What are you working on at the moment?”’ Yet she readily admits that she’ll never retire. Unfazed by her age, she enjoys the wisdom that experience brings. ‘It doesn’t mean that you don’t still get frightened or stressed, but you can draw on what you know to deal with those moments.’

As Rita Tushingham, a warm, intelligent and talented actress, bids me farewell I find myself sending a silent prayer to the god of casting agents. Look beyond Helen Mirren and Judi Dench. For goodness sake, somebody pick up the phone. Bring back the Tush.

Have yourself a very uncommon Christmas - Nicky Haslam