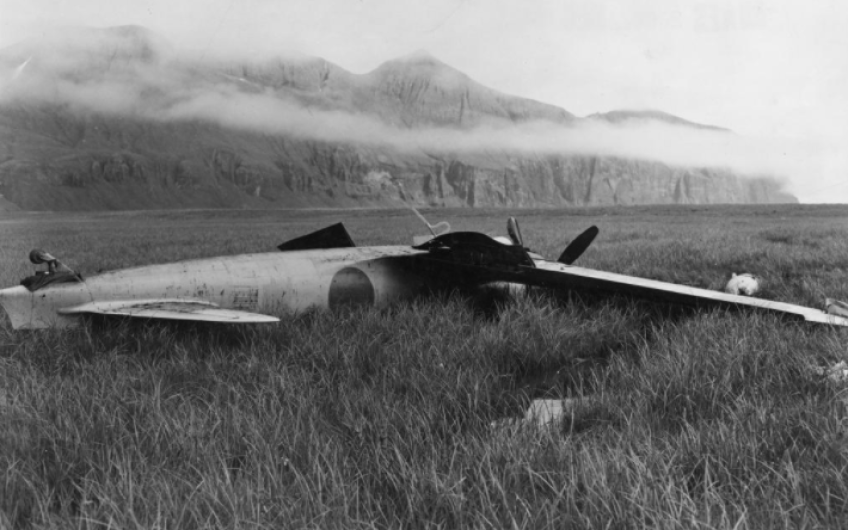 Today is the anniversary of Pearl Harbor. Or, more accurately, the Greater Japanese Empire's attack on Pearl Harbor in 1941, and its declaration of war on the US.

This was followed, the next day, by FDR's 'Infamy Speech' which officially brought the US into the Second World War and turned a resolutely non-interventionist nation into the implacable opponent of international fascism.

The attack itself was a considerable tactical embarrassment for the Americans: a score of naval vessels sunk or damaged, hundreds of aircraft destroyed, and thousands of American servicemen (and civilians) killed or wounded. In the longer term, of course, it didn't work out so well for the Japanese.

I was recently sent a book called Summoning Pearl Harbor, by Stanford art historian Alexander Nemerov. There are dozens of weighty tomes about Pearl Harbor, and anyone who wants a blow-by-blow account can surely find one. But this – part of David Zwirner Books’ series ekphrasis ('detailed description of a work of visual art as a literary device’ – OED) – is a slim set of more unusual approaches: ten essays plus some photos from the album of a kamikaze pilot who 'outlived his own death'.

It comes at the event from both American and Japanese perspectives: the submerged USS Arizona memorial, its crew entombed, still leaking oil into the sea around Hawaii; a Zero pilot crash-landing in the Aleutian Islands; a Japanese-American professor who turns up at work the morning after.

It's not a history book per se; more like a meditation on what falls through the cracks of history – and how so much of it is not yet over.

Nemerov acknowledges he struggles with his topic. 'It is a kind of craziness. On the one side, meaninglessness; on the other, the gorgeous swansong of historical awareness. Between, some dream, sliced in the waves.'

Pearl Harbor was its generation's 9/11 – and 7th December remains a national day of remembrance, with the Stars and Stripes at half-mast. As I read this, though, I found I wasn't thinking about poetry or spilled guts or historians. I was thinking of the sad (and fast) demise of American prestige and influence: from the iron will that twice fought in world wars to the Forever Wars; from the ascent to global leadership to its spasmodic abdication; from a time when Americans chose not to fear fear itself to their present dismal moral turpitude.

When FDR spoke on 8th December, one Jimmy Roosevelt, a former lieutenant colonel in the Marine Reserves, escorted him up to the Capitol, in uniform, and stood beside him. He then resigned his diplomatic job, requesting combat with the newly formed commando units. Now that is really summoning Pearl Harbor.

IN PRAISE OF GILBERT HIGHET BY LINDSAY JOHNS

The joy of trainspotting