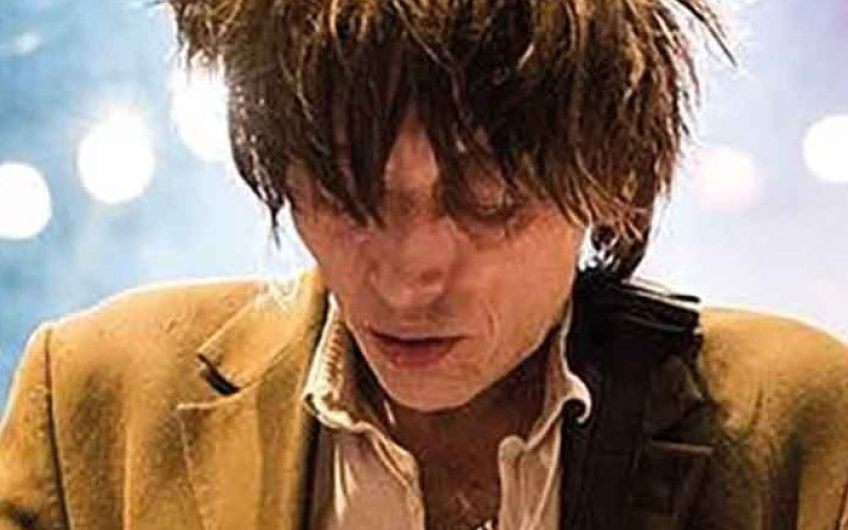 This mouse was saddened to read of the death this year, at the age of 50, of an old school chum who became a pop star.

His name was Mark Keds and I remember him as a shy boy with a guitar and a cockney accent. He played Mote in our school production of Love’s Labour’s Lost and left at 16 to throw himself into the music business.

The Shakespearean influence apparently persisted: his band Senseless Things was named after a speech in the opening scene of Shakespeare’s Julius Caesar, when the tribune Marullus abuses a mob of merrymaking artisans who have taken a day off: ‘You blocks, you stones, you senseless things,’ he says.

Senseless Things had two top-20 hits and gathered a respectable fan base. They split in 1995 and I heard rumours of Mark’s heroin habit – which killed him. I saw him at a gig in the noughties: he’d made an alliance with Pete Doherty, the famously druggy lead singer of the Libertines, and had co-written one of their songs. On another occasion, I saw him wandering around Brick Lane looking deathly pale and thin. He may even have been barefoot.

I always wanted to be a pop star and for many of us the dream still lives on. The other day, I was having a coffee with a very wealthy publisher in his sixties. He’d just been showing off his new Porsche. He surprised me by saying, ‘I’d love to be a pop star!’

There’s something in the pop star’s unique combination of steely determination, courage and laziness that is very appealing. Pop stars will often say that they were motivated to succeed in the music industry because they simply couldn’t bear the idea of getting up in the morning, going to work and being told what to do.

Interviewer Lynn Barber is a fan of pop stars. ‘I love, love, love interviewing pop stars... The ones I admire are those who started writing and composing in their teens, pouring their hearts out alone in their bedrooms, often with no encouragement at all. And who then had the guts to go out and expose themselves to the ridicule of their schoolmates by getting up on stage. So brave, so young! I think they’re heroic.’

I agree. I recently interviewed Jarvis Cocker and I’m full of admiration for him. (He was lovely, by the way. He seems to have managed to avoid the fame-related pitfalls of ego and grandness.) It’s not necessarily an easy path. There are sharks everywhere trying to steal your money. And that’s if you make any money in the first place, which is hardly guaranteed.

If you want to make money, you’d be far better off joining Goldman Sachs and sitting in front of a screen for 100 hours a week doing precisely what you are told. That, in a sense, is a far easier path than pop stardom, though it does involve getting up early – which counts it out for the pleasure-loving pop star, and indeed for Town Mouse, biggest sleepyhead of all time.

My own pop-star aspirations ended at 22 when I sold my bass guitar and amp in Record and Tape Exchange in Notting Hill. My band Chopper had played punk at high speed. The height of our career was our achieving the position of runner-up in the 1987 Cambridge Rock Competition, but I’m afraid it was downhill from there.

We just weren’t determined. As Jarvis told me, it’s all about plugging on. He was on the dole for nine years before Pulp started hitting the mainstream. ‘You have to feel compelled to do it,’ he said. ‘There’s no guarantee you’re ever going to make any money or make a decent life out of it.’

It’s also, as the fate of Mark Keds demonstrates, a dangerous life. I don’t know what the statistics are but it wouldn’t surprise me if pop stardom was more potentially fatal than Formula One. Many pop stars don’t make it out of their twenties: Marc Bolan, Amy Winehouse, Nick Drake, Brian Jones and many, many more. Others go mad or lose everything.

When Chris Difford of Squeeze – he wrote the lyrics to Up the Junction and other hits – told his parents he wanted to be a pop star, they said, ‘Don’t do that. You’ll get divorced and become a penniless alcoholic.’

For many pop stars, their fate will be similar to the 18th-century scholar’s life, as described by Dr Johnson. Like Grub Street hacks and authors, pop stars attempt to combine freedom with short hours and moneymaking, but can easily end up achieving none of these. To adapt Dr Johnson on the scholar’s life:

There mark what ills the pop star’s life assail,

Toil, envy, want, the patron and

Pop stars will always be envious of some other pop star who is doing better. They will generally be under the control of a greedy record company, today’s equivalent of the patron. They’ll go through phases of poverty and find that 90 per cent of their efforts come to nothing. Some, like Pete Doherty, end up in prison.

RIP Mark Keds; we salute your bravery. You gave far more to the world than a Goldman Sachs employee.

What were broadside ballads? - Karen Peck