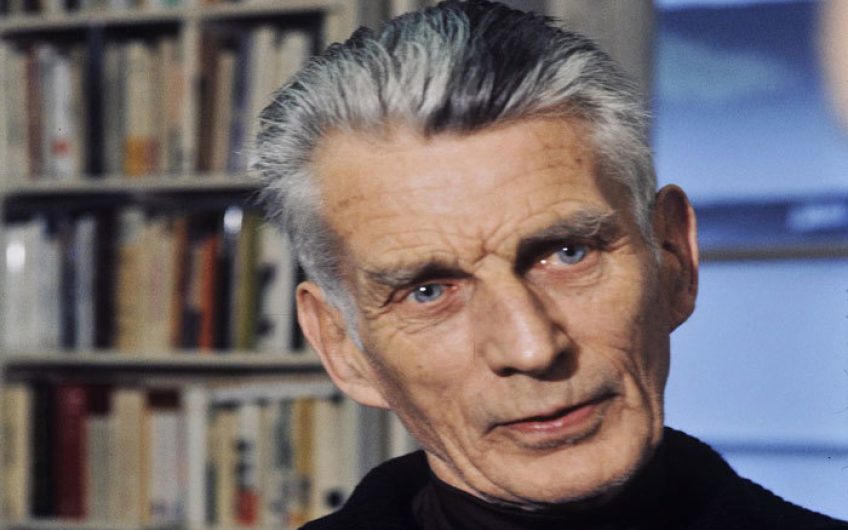 ‘COME AND MEET Sam,’ said Jack McGowran, who was in his dressing room taking off his make-up after playing Clov in Samuel Beckett’s own production of End Game in Paris in 1964.

Beckett came into the Closerie des Lisas about half an hour later and sat down with McGowran, myself and some intense Frenchmen.

He was very tall, over 6'3", graven-faced like an Aztec chief. His accent was distinctly Dublin, sort of lower case Shaw, but with the same sardonic whip. He had been involved in a libel case I had written about in a book, but clearly had not relished the part he had taken in it so there was no bad feeling.

Sport was what he wanted to talk about - to Jackie (who had been Irish high-jump champion) about the centre of gravity and its relation to the high jump, and to me about the potential of the new fibreglass pole in the pole vault.

Jackie McGowran, who could spin tales like Oscar Wilde or Brendan Behan, recalled a hammer-throwing schoolteacher, named McGlashan, who had taken to the drink. At a teachers’ conference in Bundoran, McGlashan had complained at breakfast that a man with a sword had emerged from the boiled egg in front of him and was about to decapitate him.

His friends had locked him in his room, feeling that he lacked the stamina for the serious drinking that such a week entailed, and were taking a bracing walk on the pier when, looking back to the hotel, they observed a wardrobe being pushed out of the window of McGlashan’s room. When they rushed back to investigate they were assured by the hammer thrower that the man was in the wardrobe and the problem had been resolved.

The high point of McGowran’s story, however, was that when he had recounted it three weeks later at the Great Southern Hotel in Galway to a retired lieutenant- colonel from the Indian Army with whom he was taking a snifter at 3am, it didn’t take a feather out of the military gent. He listened to the narrative politely, taking it as a matter of course. ‘I have a similar problem myself!’ was his only comment.

After a pause, he added confidentially: ‘But fortunately just now the person concerned is up my left sleeve. By a stroke of luck he has a long beard so I can reach up and pull him down when I feel like it.’ He then, according to McGowran, proceeded to put his right hand up his left sleeve, whip it down and stamp whatever he thought he had in it on the carpet, with the remark: ‘That’ll fix him for the night.’ During the telling of the tale Beckett’s face had changed. Angst was responding to Celtic massage. He was smiling now like a poet in an Irish pub listening to similar inspired guff. Even his accent increased its Liffeyside content, as he gently urged McGowran on with encouraging comments. The locals looked on with some unease. After all Sam was a High Priest of the Absurd. Was he about to defect, relinquishing his role at the Gate of Misfortune? It was all right to roll the stone up the hill forever but you mustn’t get it over the top.

Sam solved the problem by going out to get me a cab. He came back to say goodnight which he did with elaborate courtesy. When I looked up to reply, he seemed taller than ever, but I could see the Aztec mask was back.

April issue of the Oldie, available to download now – one week early!

The joys of ageing – Part II. By Mary Clifton