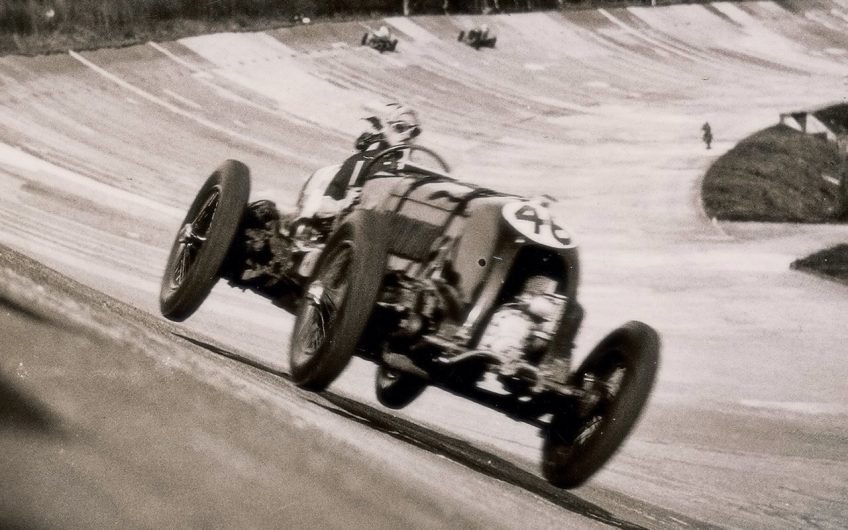 HORSE POWER fuelled one of the least likely romances of the nineteen thirties, between a famous, flamboyant, dashing, playboy motor racing driver and the era's wealthiest but most reclusive heiress. Her 21st birthday present from her MP father, and mother from one of America's most powerful families, had been a cheque for £1million and a Rolls Royce.

Henry 'Tim' Birkin, who became ‘Sir’ on the death of his father in 1931, was one of the 'Bentley Boys', a renowned, patriotic group of racers - in the mould of America’s ‘Rat Pack’- who drove that famous make of motor car, competing ferociously at the banked circuit at Brooklands, in Weybridge, Surrey and in international events.

'These guys lived life in the fast lane,' said one close observer of the scene. 'They raced hard and partied hard. They'd drive their cars to the Le Mans race in France, stopping off for a black tie dinner en route, then drive back.'

Dorothy Paget would become probably the most prolific British owner of racehorses ever to grace the turf, and definitely the biggest British gambler of her, or any other, generation.

But she also loved motor cars and owned several Rolls Royces, including what was the first, and probably last 'supercharged 'Roller', registration 31HC, which she acquired in 1929.She had three others, as well as a Mercedes-Benz, several Rovers, a Bugatti and a fondness for Jaguars. She loved driving her motors at speed; she even drove in competitive hill climb races - Birkin called her 'one of the best women drivers' he'd ever known.

Birkin was looking to find someone wealthy enough to finance his plan to create and race a 'supercharged' Bentley, a scheme which had resulted in a clash with the Bentley Boys' leader, W O Bentley, who wouldn’t countenance such a plan, making it inevitable he’d have to go it alone.

Birkin had made it his business to meet, and attempt to impress, Dorothy, with a view to getting behind the wheel of her 31HC. He was soon manhandling the vehicle around Brooklands at three-figure speeds, and flattering Dorothy, who was widely believed to be immune to the charms of all males, about her driving prowess. He also took her for advanced driving lessons.

Birkin had married Audrey Latham in 1921, but they divorced in 1928, so he was not risking any scandal by cultivating Dorothy’s attentions. She seemed a willing victim of the man who would later be played by Rowan Atkinson in a movie about him.

'It would appear she was captivated by Birkin,' mused an historian of this period of motorsport.

Birkin and Paget began a relationship at the start of 1930 when, he wrote in his autobiography, she became 'a fairy godmother in earthly guise to the Cinderella of the British motor industry.'

She bought Birkin's three Bentleys and added a fourth, bankrolling the work of supercharging them to become Blower Bentleys.

'On the face of it she had little in common with Birkin, yet these two great characters of the Jazz Age formed one of the most unlikely alliances of the day,' wrote Nicholas Foulkes in his book, 'The Bentley Era'. Dorothy ploughed today's equivalent of millions of pounds in to their team.

An indication of Dorothy’s feelings may be gathered from the comment by Birkin that ‘The cars were of course, her property, but I was to run them for her under the famous green (Bentley) colour.’ This was remarkable in itself as the superstitious Paget had an extreme aversion to that colour.

The first Brooklands Meeting of 1930 saw Birkin drive one of Dorothy's Bentleys to victory, touching 126mph in the process. In April, he drove at up to 135mph, setting a new lap record. He also drove the fastest lap of the 1930 Le Mans but failed to finish.

Birkin and Dorothy shared a Mercedes for a pre-race lap in the Irish Grand Prix, touching 88mph - which she described as 'exhilarating' to a journalist, puffing on a cigarette and vowing, 'I must do more of it.'

And she did - soon contesting a Hill Climb series of races at Shesley Walsh as 'Miss Wyndham' but losing out for the Ladies' Cup trophy.

The Birkin-Paget Bentleys were based in a Welwyn Garden City workshop, and Dorothy was a regular visitor.

By late summer, though, speculation began that she was already considering withdrawing from motor sport, although Tim was still representing her at the French Grand Prix in September, finishing second.

Dorothy finally pulled her financial support out of the Bentley team in late October, 1930, as she began what would become a massive investment in horse racing, which would pay off big time as her horses won almost a clean sweep of the great races - the Derby, the Grand National, the Cheltenham Gold Cup and Champion Hurdle among them.

However much prize money she won, though, she gambled and lost even more - to the point where her regular bookmaker, the eponymous William Hill, who knew of her eccentricity of sleeping all day and rising at night, permitted her to place bets on races already run, knowing her to be so honest that on one occasion when her secretary let slip the name of the winner of a big race run while Dorothy was asleep, she chided her 'Stupid woman, now I can't have a bet on it.'

She was now living in a large mansion staffed 24/7 by a team of exclusively female staff and secretaries.

However, Dorothy continued to support Birkin's driving career on a personal basis for the next couple of years, indicating a still active relationship. In 1932 they attended as a couple together the glamorous opening night of ‘The Cat And The Fiddle’ at London's Palace Theatre. For Tim, she would rise uncharacteristically early to attend practice sessions at a number of his races, something very little, or anybody, else had ever persuaded her to do.

Perhaps he was a cad only out for what he could get in financial terms. Dorothy was in some senses an innocent abroad, and probably easily fooled into believing that he also had a genuine interest in her as a person, rather than just as a source to bankroll his passion for driving.

We’ll never know how the relationship would have developed. In May 1933 at the Tripoli Grand Prix, Birkin finished third, but burnt his hand on a hot exhaust pipe, reaching for one of his constantly on-the-go cigarettes. The burn became infected, turning septic, and he died on June 22, aged just 36.

Dorothy was distraught. She would refuse to part with the iconic red single-seater he drove for her for many years. She became even more of a recluse, and she began to put on an alarming amount of weight. At a Memorial event in Birkin's honour in 1993, David Ward, chairman of the Fellowship of the Motor Industry, declared 'It is said that when Birkin died Paget was so overwrought she couldn't stop eating through grief.'

Cath, the wife of one of Dorothy's racehorse trainers, Fulke Walwyn, told me -'When she was young she rode well and was quite thin, but something changed and (after Birkin's death) she just got fatter and fatter.' Another of her trainer's wives, Mercy Rimell, added, 'Maybe she had a tragic love affair.'

She would never be publicly associated with any heterosexual male again as long as she lived and it was strongly believed that the most important relationship of her life after Birkin died was with a woman.

Another significant indication of the strength of their relationship was revealed only after Dorothy's death in 1960, when respected Daily Express journalist Donald Seaman reported, 'Dorothy made a will, but tore it up nearly thirty years ago. A second will was drafted but she did not sign it. In the will she did sign, Miss Paget mentioned Sir Henry 'Tim' Birkin....but she tore it up after he died.'

Who was Edgar Lustgarten? - Duncan Campbell