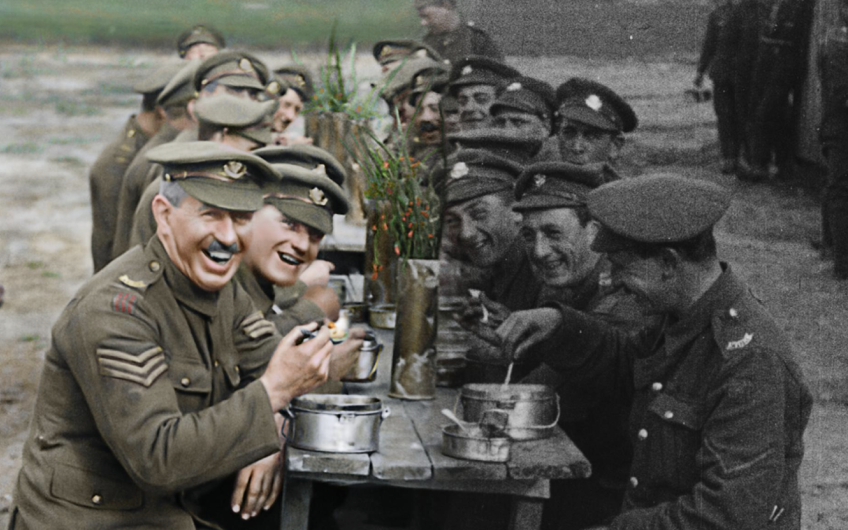 It’s very easy for a modern generation to be prejudiced against the past.

We watch old films in black and white with poor sound quality, or no sound at all, and imagine that life wasn’t somehow as real as it is today, that people were watery versions of us. This goes hand in hand with the sense that the older generation was somehow always older and different.

What Peter Jackson’s colourised film about the First World War, They Shall Not Grow Old (pictured, © Imperial War Museum), does brilliantly is to underline that people, in essence, don’t change. Attitudes and expectations may change, but the boys who stood along the line, waiting to go over the top, felt the same range of emotions as we would today. Behind the lines, they laughed at the same remarks, were bored and excited by the same events, made angry by the same insults.

And to see these things happening in colour backed by the authentic sounds of war allow us to empathise with our great grandfathers, and to realise that, basically, they were just like us.

Now that living memory has turned to history, this is an incredibly important film. I hope a lot of people watch it.

Joshua Levine is author of Fighter Heroes of World War I and Dunkirk: The History behind the Major Motion Picture

The England that Time Forgot - an Oldie photographic series

I Once Met Valerie Hobson