Elvis died today in 1977. Andrew M Brown explores the Welsh – and Irish, Scottish and English – origins of the King of Rock 'n' Roll

It’s hard to believe that over forty years have passed since it fell to Reginald Bosanquet – at the very end of News at Ten on 16th August 1977 – to announce to the British people that there were unconfirmed reports Elvis Presley had died.

There was a commercial break and then, in an ITN newsflash, Reggie confirmed the awful news. Back then, all the newsreaders carefully spaced out the words ‘rock – and – roll’.

Elvis probably only visited Britain for two hours, when stopping off for refuelling at Prestwick USAF base in 1960. But he always had a peculiar affinity with the British, and he himself was more British than you might realise.

Along with those powerful genetic and cultural influences most people know about – the Red Indian ancestry, the black music that shaped him – the great bulk of Elvis’s heritage, like that of most white southerners, was English, Scottish, Irish and (possibly) Welsh. Oh, and there was a dash of Norman, too.

None of this is surprising if you consider Elvis’s personality. He is entirely lacking in that dourness said to characterise the heavily Scandinavian Midwestern states such as Minnesota. Crucial is his sense of humour, which Albert Goldman, in his sneering biography, describes as ‘his deepest but least recognised trait of mind’.

Elvis loved silly British comedy and would unwind from the pressures of his touring schedule with reruns of Monty Python and Peter Sellers’s Inspector Clouseau films. He was a close student of Sellers and, when Dr Strangelove came out, in 1964, he watched it three times in a row, plus three repeats of the final reel.

He was also alive to the formulaic ridiculousness of showbusiness, and of his own image. You hear that in outtakes of recordings for the 1966 film Spinout. Through take after take, the ‘Dumb-di-dumb-di-dumb’ chorus of ‘Beach Shack’ sends him into convulsions of laughter.

You see Elvis’s echo of teasing, British humour in his gentle ribbing of the performers on stage with him; or in the occasion when he introduces his girlfriend, Ginger Alden, to the crowd, before, mock-severely, telling her to ‘Sit down, Ginger’, with an aside to the crowd: ‘That’s enough for her.’ His on-stage monologues became such a feature that, in 1974, Colonel Parker, his canny manager, released Having Fun with Elvis on Stage, a ‘spoken word’ LP – just the jokes in between the songs.

At their best, his soliloquys were masterclasses in comic free association. He always found the solemn spoken ‘bridge’ in the middle of ‘Are You Lonesome Tonight?’ faintly embarrassing. There is a genuinely funny recording from the early 1970s in which, among other adlibs, he changes the familiar lyrics ‘Do you gaze at your doorstep...’ to ‘Do you gaze at your bald head and wish you had hair?’

Sadly, in later concert recordings, the nimble comic timing is replaced by drugged incoherence. When he attempts those verbal tricks with the same song in his final live tour, the effect is unsettling.

Two good pieces of research were done into Elvis’s ancestry early on, by Goldman for his 1981 hatchet job, Elvis, and by Elaine Dundy for Elvis and Gladys (1985). Goldman traces his father Vernon’s ancestors back nine generations to the original ‘emigrant’, Andrew Pressley, a Scots-Irish blacksmith. Pressley emigrated to North Carolina from Ireland in the 1740s.

The family of Elvis’s mother, Gladys Love Smith, also came from the Carolinas. The maternal ‘emigrant’ was Richard Mansell; Mansell means ‘man from Le Mans’. As Dundy explains, after the Norman Conquest there were many such men all over England; some went to Scotland and intermingled with Scots. From there, the Mansells, we think, moved to Ireland as part of the Presbyterian colonisation of Ulster, promoted by James I. Richard came to America, probably in the mass migration of Scots-Irish from Ulster, which began in 1718. His son William married Morning White Dove, a full-blooded Cherokee Indian.

An A-Z of Wales and the Welsh, her branch of the family had origins in the Gower peninsula. That would explain Elvis’s mother’s Welsh name, Gladys. St Elvis was a 5th century Welsh saint; a ruined church and neolithic tomb in Pembrokeshire dedicated to him are not far from the intriguingly named Preseli Hills. 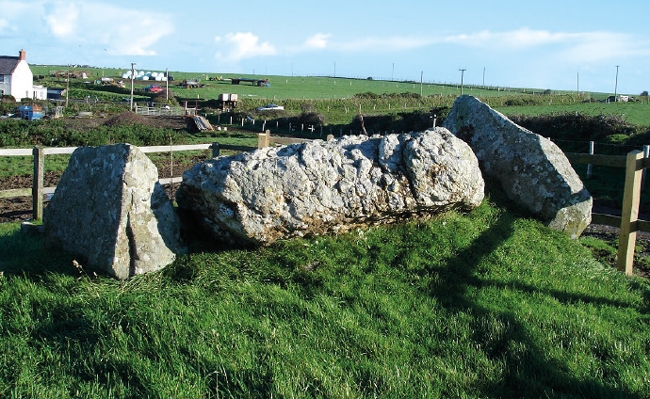 Matthew Arnold identified the passionate strain in the Celtic temperament. I think you see this in Elvis’s interaction with the crowd, a technique he picked up from his friend Tom Jones. He would touch as many of the fans’ outstretched hands as he could, and toss into the audience sweat-dabbed scarves that would be snatched at as if charged with supernatural powers.

In a way, all this confirms what fans have always known: that Elvis’s vision was democratic and all-embracing. That’s why, as well as the American blues, he absorbed gospel, like (Britain’s favourite hymn) ‘How Great Thou Art’, and country, like ‘Green, Green Grass of Home’ (made famous by Tom Jones), and (British-Kenyan) Roger Whittaker’s hit ‘The Last Farewell’, written by a Birmingham silversmith.

Elvis’s linguistic borrowings were endless. In his southern English, you can hear expressions found in Chaucer, Shakespeare and the King James Bible. That line, ‘I ain’t never did no wrong’, in ‘One Night’ (a UK Number One 1 twice, in 1958 and 2005), is the same double negative for emphasis that Lord Stanley uses in Richard III: ‘I never was, nor never will be, false.’

A fascinating documentary was made for television at the end of Elvis’s life called Elvis in Concert. It opens with a montage of ‘vox pops’, in which fans of all sorts explain what drew them to Elvis. One fan insists: ‘Elvis will always be the King, no matter what’ – or, as she might have added, the English, Scottish, Welsh and Irish King.

Volunteering at a soup kitchen doesn't make you a saint