The line in the sand 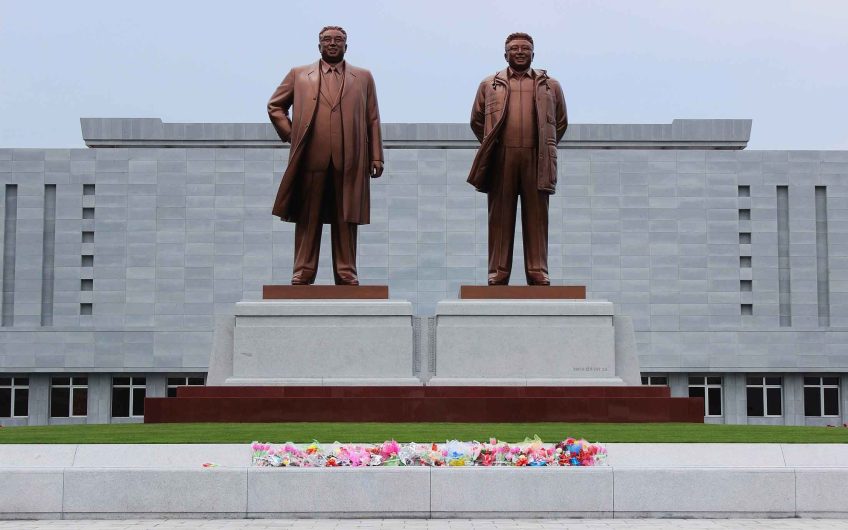 In September 1967 the secret police came for Ali Lameda, a Venezuelan Communist working as a translator in Pyongyang. His girlfriend, Elvira, was left alone, forbidden to leave the city.

Ali found himself in a damp, cold cell seven feet long by three wide, and the long, endless nightmare began.

‘You know what there is to confess. Talk.’

‘But if it is you who are accusing me, you tell me.’

The sounds of the prison were bleak beyond the saying of it. People coughing up blood, random howls, screams. 'You can soon learn to distinguish whether a man is crying from fear or pain or from madness'

When Ali was released one year later, he had lost more than four stone. He was covered in sores which were seeping blood. After two months under house arrest, they told him that he would be free to leave the country, but that Elvira had to go first. He was allowed to see her off at the airport and returned to pack his bags. They were playing with him.

At five o’clock in the evening, the police returned, more brutal than before. He asked why they were arresting him for a second time. ‘You know why,’ they told him. Ali concluded they had installed a microphone in their apartment and recorded his conversations with Elvira. ‘What did they expect me to say to her when I returned from a year’s detention in such a bad physical condition?’

His trial was a joke. Like his interrogators, the judges demanded that he confess his guilt. The tribunal did not make any specific accusations – there were no formal charges – but the accused had to accuse himself before the tribunal.

The tribunal retired for five minutes and came back, granting Ali’s defence brief his wish: two decades with forced labour. Ali was handcuffed to the bars of a Black Maria for three hours. The temperature outside was way below freezing. Opposite him in the van, sitting on a chair, was a guard who spent the journey loading and unloading his gun.

Outside, the howling of wolves.

The mountain country of North Korea in winter is cold beyond belief. Temperatures regularly drop below -20C. Ali was dumped into a filthy cell where he slept on the bare floor with no blanket or mattress. He stayed there, constantly handcuffed, fearing his wrists would break with the strain.

After three weeks, he was taken to the main camp and placed in a cell which had no heating apart from for five minutes at night when a pipe burbled with hot water. The windows were iced up. His feet froze, and stayed frozen for six weeks. His toes became hideously swollen, all his toenails fell out and he could only hobble because of the sores and ulcers on his feet.

The cold, the filth, the hunger and the loneliness were beyond words. Barefoot, afflicted by lice, diarrhoea and fevers, knowing nothing of what was happening outside the bars that imprisoned him, Ali found himself living a Kafkaesque story. To survive, he wrote poetry inside his head and recalled Oscar Wilde’s ‘The Ballad of Reading Gaol’.

With such a wistful eye

Upon that little tent of blue

We prisoners called the sky

Worst of all, Ali feared that no one in the outside world had any idea where he was. It was a 1960s version of the oubliette, the mediaeval torture in which prisoners were dropped into a hole and forgotten.

Once, he came across a French prisoner who said that he was a journalist who lived at 2, Rue D’Alembert, Paris, that his name was ‘Pierre…’ But the stranger had spoken too much, and the guard smashed his rifle butt into him, so the surname remains unknown. In Paris, I knocked on the door of the building. No one knew of a Pierre who had vanished forty years ago.

Ali’s poem ‘Pieta’, recalled from memory because to write it down would have been the death of him, told the truth:

Life, in the abstract, in its great coach – how nice;

But amidst vomit and outrage the real thing triumphs,

It flows, sewage and decay …

I give in bone the explanation of this, my misfortune.

Ali died on 30th November 1995. But he reported about his time in the North Korean gulag for Amnesty in 1979. It is a line in the sand – the first account by a Westerner, and a Communist to boot, of the true nature of the regime.