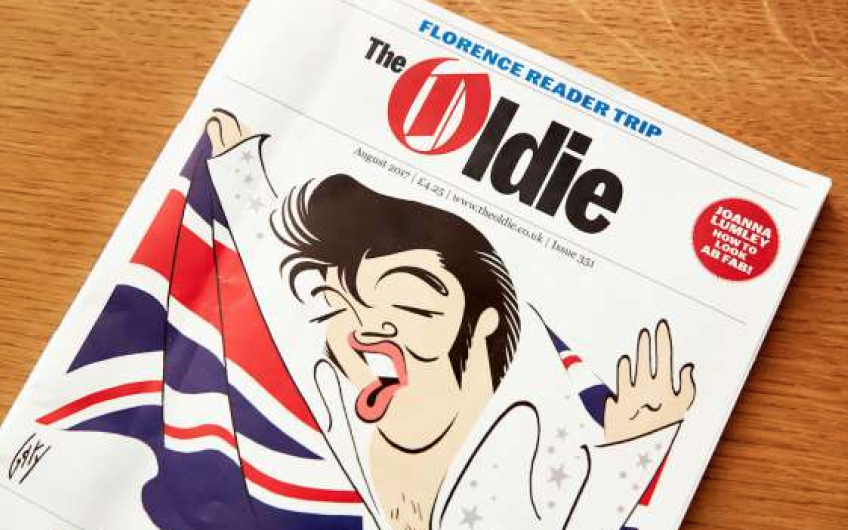 Luxury lifestyle magazines are defying the digital revolution and going from strength to strength. From GQ to Vanity Fair, these beautifully-wrapped, glossy bibles of contemporary taste continue to fly off the shelves and into the homes of Generation Y, to be torn open and recklessly thumbed in a frenzy of consumer-driven ecstasy.

People sometimes ask me if I’m embarrassed by my generation and it’s self-indulgent attitude. To be frank: Yes, I am. But I also pity it. When you’re caught in the vicious cycle of not being able to afford your rent and simultaneously being unable to forego your quinoa and Pret avo salad, it can seem like there is no way out. The world presented in magazines offers welcome respite.

But there is an alternative means of escape. The Oldie was launched in 1992 as “a light-hearted alternative to a press obsessed with youth and celebrity,” and its circulation continues to rise. Editor Harry Mount continues in the tradition of his predecessors, only publishing winsome, intelligent and – most importantly – interesting articles from writers ranging from Michael Palin to Germaine Greer and Matthew Parris:

“[Past Editors] have, or have had, an in-built boredom detector…Nothing that was dull, or only temporarily interesting, was allowed to jump out of their tray and into the magazine.”

In a world obsessed with designer brands and Kim Kardashian’s derrière, The Oldie offers wit that provides welcome relief for the young and old alike. Here are six reasons why you should invest in a copy:

The Oldie feature writers are the bread and butter of the publication. A blend of funny and sincere scholarly comment will have you laughing and mourning in equal measure. In the latest issue, Tanya Harrod looks at the genius of Wedgwood pottery and Richard Godwin explains to non-millenials what ‘avo’ actually is.

The Oldie has only had three editors; Richard Ingrams, Alexander Chancellor and now Mount. Leaders offer a taste of what the whole publication is like; anecdotal but current, entertaining but serious, witty but profound.

As the gap between London and ‘the rest’ becomes increasingly wide, it has never been more important for cosmopolitan millennials to familiarise themselves with quirky or forgotten parts of our heritage. Step forward Lucinda Lambton, the inimitable daughter of the late Earl of Durham, whose monthly column reminds us that there are far more interesting places to visit than the pop-up bakeries and smoothie stands on London’s South Bank.

With its own illustrious history of renowned writers and contributors, quality literature is held in high regard at The Oldie. Arts coverage includes exhibition reviews by familiar experts like Gavin Stamp, along with television, radio, film, and music. And critics don’t hold back if they feel that books or programmes are boring or lacking substance.

Described by a university contemporary as ‘Oxford’s Lord High Everything Else’, Brandreth is a national treasure and his monthly column always delights; from referring to Henry Labouchère as “Labby” to threatening to sue the BBC “for its baleful influence on my life”, it’s not to be missed.

The agony aunt of agony aunts, Ironside offers practical and emotional advice on such profound subjects as answering the question “how are you?” In the world of millennial insecurities, everyone needs Virginia Ironside in their lives.

I Was Told a Joke by... Mother Teresa - Veronica Whitty