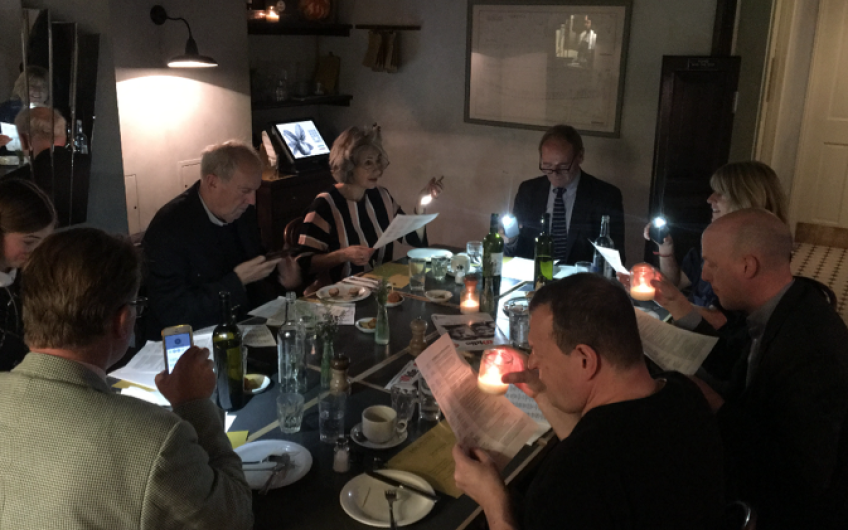 Maureen Lipman, John Lloyd, Gyles Brandreth, Rachel Johnson, Roger Lewis, Harry Mount, James Pembroke – and with Craig Brown in spirit – came together at Berwick Street’s Polpetto for the serious business of deciding the 2018 Oldie of the Year award nominees. The pre-agreed names were printed so small, and the basement of Polpetto so shadowy and atmospheric, that they were forced to rely on the rays of their iPhones to confer.

All is top secret, but a few juicy titbits can be revealed:

‘It strikes me that we have more to choose from this year than ever before.’ Craig Brown

‘I have another nominee to propose; the oldest animal in the world - Jonathan, a tortoise who lives on St Helena. Aged 186, he has recently come out, his companion for the past 20 years, Frederica, having only just been discovered to be be a Frederic’. Craig Brown

Gyles Brandreth enlarged on his January Oldie column (to come) by remembering the glorious day when he was asked to star in a pantomime with Basil Brush: ‘The genius thing about Basil Brush,’ said Gyles, ‘was that he was based on the brilliant actor Terry-Thomas.’ This meant Basil magically appealed to both children and grown-ups.

The terror of being marooned on Love Island