The queue that shows why Trump will win 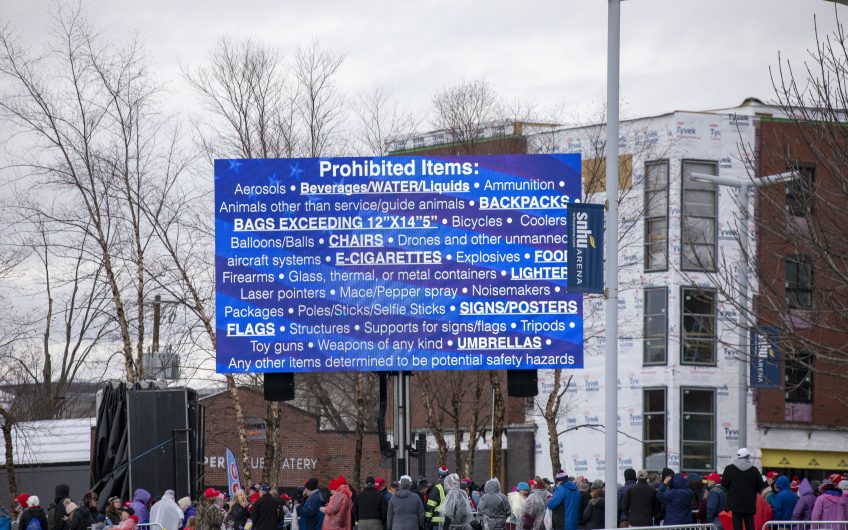 The queue for the Trump rally in Manchester, New Hampshire, this week. Credit: James Fletcher
View Full Size
1
of 1

This picture shows why Donald Trump is almost bound to win re-election in the Presidential election in November.

This is the front of the queue, which snaked for a mile through the heart of Manchester, New Hampshire. 12,000 people were queueing to get into the SNHU arena, Manchester's biggest venue.

It was freezing cold – 10 degrees under – and this was six hours before Trump addressed the crowd. The people in the picture could expect to wait for several hours to get in - and some of them wouldn't end up getting in at all. The rally was sold out but still people kept on waiting outside.

The audience were bedecked in Trump memorabilia, waving Trump flags. This, too, is unprecedented. Can you imagine people at a Boris Johnson rally wearing a Boris hat; or even, at a rally for the ultra-gifted Barack Obama, can you think of the same sort of branding going on? In one side-street, four souvenir-sellers had driven up from South Carolina in a van packed with memorabilia.

And this is a sitting President, over three years into his first term. This is the time that the grumbling of the voters should be at its highest. Whatever you think of Trump's megalomania, it's worked - his base is completely transfixed by him.

To give such a huge rally on the night before the Democratic primary in New Hampshire was a classic Trump megalomaniac move. There are Republican primaries, too, going on - but they are a complete shoo-in for Trump. There was no need at all for him to be in Manchester - except to rain all over the Democrats' parade.

What's more, having the President in town means the logistics of the place grind to a halt – so it was that much harder for Democrat supporters to get to all the dozens of events being held across town. Manchester was crammed with secret service agents, flown in from Washington DC. And, in a classic secret service move, all the main streets leading up to the SNHU arena were blocked by a pair of town snowploughs.

There was only one show in town – as there will be in Washington in November.