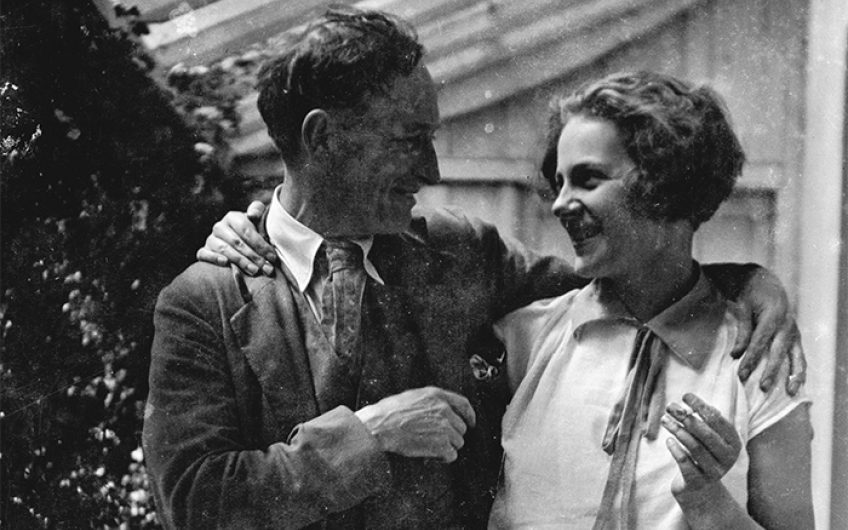 For a brief moment between the wars, Oxford sparked into life. But was it as glamorous as Evelyn Waugh thought? By Daisy Dunn

‘All the richness of your invention, the magical embroideries you fling around your characters cannot make me nostalgic about the world I knew in the 1920s. And yet it was the same world as you describe, or at any rate impinged on it. I was a debutante in 1922, & though neither smart nor rich went to three dances in historic houses, Norfolk House, Dorchester House, Grosvenor House & may have seen Julia Flyte. Yet, even in retrospect, it all seems very dull. Nobody was brilliant, beautiful, rich & owner of a wonderful home, though some were one or the other.

‘You see English Society of the ’20s as something baroque and magnificent on its last legs. I fled from it because it seemed prosperous, bourgeois and practical and I believe it still is.’

It was a brave letter, considering Waugh’s dislike of criticism. At the beginning of that year, Nancy Mitford had fulfilled the unenviable task of reporting to Waugh the opinions of friends to whom he had sent copies of his novel. She tempered his complaints with words of reassurance. Osbert Lancaster was ‘jealous’. Cyril Connolly disliked the ‘purple passages’ but couldn’t put the book down. Maurice Bowra bemoaned the choice of words – ‘or some nonsense’ – but was obviously much impressed.

Pansy Lamb, addressing Waugh directly, felt no such compunction to water her opinions down. It was not that he had got the era wrong in his book. Rather, she felt, he had attached too much glamour to it. No one was quite as brilliant all round as his story would have readers believe.

As deflating as her words might have been for Waugh, Pansy Lamb had a point. The world of Brideshead, while it existed, was illusory exactly where it glittered most.

Waugh may have spent less than nine terms at the university before going down without a degree, but it was here that he had Charles Ryder begin the story following his prologue. That story was coloured by more than a few of the novelist’s own reminiscences.

Waugh came up to Hertford College in 1922 with an eagerness ‘to taste everything Oxford could offer’. This included the drinks. Located above a bicycle shop on St Aldate’s, near Christ Church, the Hypocrites’ Club was among his regular haunts. The club was in theory dedicated to philosophy, but in practice to beer and bawdiness. Members adopted a hypocritical motto from an ancient Greek ode: ‘Water is best.’

One of the most enthusiastic Hypocrites was Harold Acton (1904-94). Known for his dapper silk stockings, bowler hat and Oxford ‘bags’ (preposterously wide-legged, pleated trousers), Acton was the chief inspiration for aesthete Anthony Blanche in Brideshead Revisited. The classicist Maurice Bowra – ‘the most remarkable figure of his time in the university’, according to the Times, and the model for Mr Samgrass in Brideshead – once saw Acton reciting poetry through the windows of Christ Church using a megaphone, just as Blanche does in the novel.

Some of these men lived as frivolously as Sebastian Flyte. As members of the Railway Club, Waugh, Acton, Alastair Graham (the original Sebastian) and their friends would board trains from Oxford, but never alight, instead remaining in their carriages to enjoy luxurious dinners cooked by London chefs. The founder of the club, John Sutro, introduced Waugh to plovers’ eggs, the delicacy sent over from Brideshead in the book for Sebastian’s college luncheon.

As privileged and exclusive as it was, the Oxford world of Brideshead had flaws, as Anthony Blanche discovered when he fell prey to members of the Bullingdon Club. The boys piled into his room uttering accusations of ‘unnatural vices’. Blanche managed to outwit them by flirting outrageously before clambering into Mercury fountain outside.

Harold Acton did not get away so lightly. He was lying in his room when the Bullingdon bullies shattered his windows and shoved a poker through a picture frame. Homosexual students were frequently the targets of attacks.

Student high jinks peaked in the years following the First World War. As Oxford student Vera Brittain observed, many of the young men developed a ‘profound inferiority complex’ in the presence of ex-servicemen.

Bowra, who had fought on the Western Front, described the odd mixture of former officers, fresh-faced schoolboys and ‘Brontosaurs’ – students who had started studying before the war – that made up his own student cohort in 1919. The atmosphere at the university could as a consequence be febrile.

Despite his criticism of Waugh’s ‘wedding-cake style’, Bowra called ‘the Oxford part’ of Brideshead Revisited ‘perfect’. Waugh had separated the most Arcadian elements of his student days from the practical and bourgeois world Pansy Lamb remembered. His novel captured the magnificence of the dream world students entered as they swanned between their clubs and gatherings. Their Brideshead world was real for them – at least until the past broke in.

Even if former soldiers and war-wearied teenagers looked forward to an idyllic life in the college quads, chapels and libraries, they also found Oxford was not immune from the stresses of the outside world.

In some cases, the aftershocks of war were even magnified. In the 1920s, students were reminded repeatedly by their tutors and domestic staff of the courage and superiority of their predecessors who had served King and Country. Waugh’s portrait of the university was not unblemished – Anthony Blanche could attest to that – but the realities of postwar Oxford were in some ways underplayed.

Pansy Lamb’s words – there was ‘something baroque and magnificent on its last legs’ about 1920s society – wouldn’t have surprised Waugh or many other Oxonians by the end of that decade.

Writing in Cherwell in 1930, in the wake of the Wall Street Crash, a student journalist mourned the death of the postwar university and the arrival of an era he described, with clear vision, as ‘uninspiring’.

Looking around at the rather dour students, fun-loving Bowra asked, ‘Where are the aesthetes of yesteryear?’

The frivolities of the 1920s might have seemed vacuous – or even misplaced. But they gave a colourful veneer to a deeply scarred age. Something changed at the end of the ’20s.

The world of Brideshead, in all its contradictions, vanished so quickly that you could be forgiven for asking whether it had even existed at all.

Which poet should have a statue? Pam Ayres?

The old are human, too. By Anthony Lipmann

After Labour's collapse, how do we keep democracy going? Ask the ancient Greeks