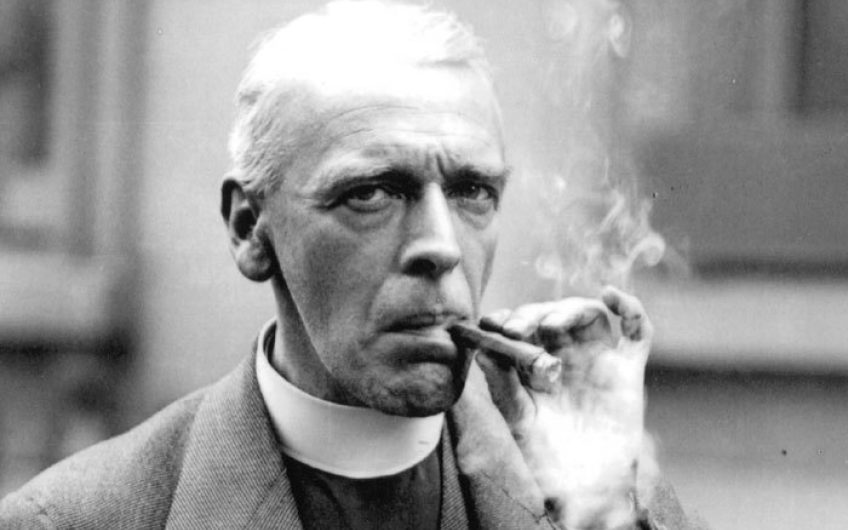 It was the blazing blue summer of 1934. He lay in a glass coffin packed in ice. Such was the curious circumstance in which, as an eleven-year-old schoolboy on holiday in Blackpool, I made the acquaintance of the Reverend

He lay there, the Prostitutes’ Padre, wrapped in an invisible robe of martyrdom. He was exhibiting himself thus in a sideshow on Blackpool’s Golden Mile in an endeavour to raise funds to fight the verdict which had been brought in against him and led to his being unfrocked.

The accusation levelled was that of immorality, and he was said to have neglected his parish, deep in rural Norfolk, where he and his wife had lived for twenty-six years and brought up five children.

It was alleged that no sooner on a Sunday had he stepped down from the Stiffkey pulpit than he stepped onto the London train and headed for his chosen West End parish of gamey Soho. There, proudly bearing his self-bestowed title of the Prostitutes’ Padre, he set zealously about his Gladstonian mission of rescue and reform of fourteen- to twenty-year-old apprentice girls of the streets, before catching the last Saturday night train back to Stiffkey, and his foursquare flint and brick rectory.

It is likely that the prostitutes used him as a channel of grace rather than that he used them as conduits of disgrace.

Sadly, with not untypical lack of Christian charity, the Church authorities would not hear of the possibility of his innocence. At the end of a twenty-five-day hearing in the Great Hall of Church House, Westminster, the Reverend Harold Francis Davidson was pronounced guilty and, in October, 1932, was unfrocked at a bell, book and candle ceremony in Norwich Cathedral. The wagging tongues of gossip had won the day.

I can still hear the Rector’s voice. His was the most beautiful that I have ever heard; a mellifluous amalgam of the Oxford

accent and ecclesiastical tone. Clergymen and barristers are often actors. Both are declamatory. His first love had been the stage, a passion which he shared with his schoolfellow, Maundy Gregory, the honours and titles tout.

I went back to see him in his glass coffin every day. We talked of fossils, the stories of Edgar Allan Poe, the mystery of Jack the Ripper. I told him that I did not like school. His reply, steadfast and unblinking, befitted the Royal Naval chaplain he had been from 1916 to 1920: ‘Always stick to your guns. Tell the truth and fear no man.’

The fortnight’s holiday came to an end. I returned to school.

It was one July day three years later that I heard again of my Blackpool holiday friend. Striving still to raise the wherewithal to re-open his case, he betook himself, like Daniel, into the lion’s den. The particular den he chose was at Skegness Amusement Park. The crowd paid their silver sixpences to see him in the cage with Freddie the lion and Toto the lioness, and listen to his well-rehearsed denials and claims of innocence.

This time he made a small but fatal mistake. He somehow managed to trip over Toto’s tail. Freddie, misinterpreting the accident as an attack on Toto, sprang up to Davidson, fatally mauling him with tooth and claw. The Old Testament Daniel was rescued by an Angel of the Lord. It was sixteen-year-old Irene Somner, the sideshow’s girl lion-tamer, who dragged the blood-drenched Rector out of the cage.

He was rushed to Skegness Cottage Hospital. Two days later, on 30th July 1937, he died. They buried him in the graveyard of his old church at Stiffkey.

On top of the world - Lewis Pugh

Salute the centenary of the great gardener Mollie Salisbury (1922-2016)