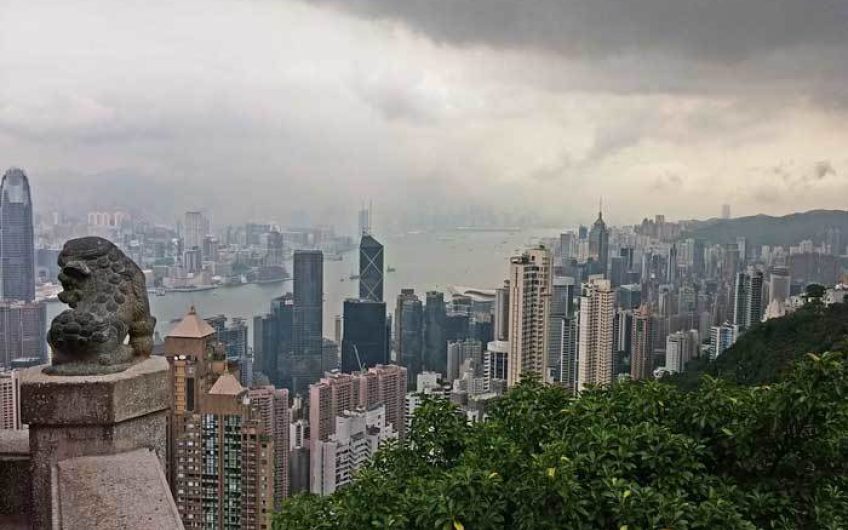 Were you to find yourself wandering late at night, with trouser pockets stuffed full of cash, through a city whose streets were known to reflect a big divide between rich and poor, where in the world would you feel most able to believe the remark: ‘Well, at least you won’t get mugged’? The answer would have to be Hong Kong and Macau.

The secret behind this harmony would have been familiar to the residents of those empires that predated the present-day organised forms of nationalism, visas and religious bigotry, places where citizens were left alone to live as they wished. These innocent folk didn’t fear people who didn’t look like them, or react dismissively to the sound of languages they couldn’t speak. The residents of Hong Kong, who to my certain knowledge lack nationalism, visas and religious bigotry, have learnt to be tolerant of everybody, a tolerance embodied in Chungking Mansions – the much-referenced sprawling block of tenement rooms and shops on Nathan Road – which for decades has rivalled anything New York or London can offer on the multicultural spectrum, and with much greater humour. But such peaceableness is fragile: it is not hard to imagine how quickly all this would be swept away if an idealistic movement from the mainland were to start insisting on narrow points of principle. The only racism I sensed in the Hong Kongese was fear of what the mainlanders could do to their way of life – a rather special kind of racism, since they are of exactly the same stock.

Genuine outsiders, like tourists, can easily disappear into this undemanding undergrowth without trace. It is possible to spend a great deal of money in Hong Kong, but the best fun is incredibly cheap – HK$2.70 (26p) to cross the harbour on the Star Ferry; and K$2.30 (22p) on the tram from Kennedy Town to Shau Kei Wan. The latter is a ride of anything up to three hours, traversing the whole of Hong Kong island from west to east, slowly. One of the four seats in the upstairs front, with all the windows open, provides a grandstand view of the panorama of Hong Kong, promising uninterrupted photography; and best with Jason Wordie’s Streets ready at hand. Yet these trams are used almost entirely by the locals only.

The locals, or people I took to be local, were also the only people in evidence in the gaming rooms of Macau. As on the trams of Hong Kong I hardly saw a Westerner among them, though in fact here the clientele is not only from nearby mainland cities but also flown and bussed in from all parts of China, since these are the only gambling outlets in the country, uber-popular and definitely not for the faint-hearted. The highest stakes I saw were at a baccarat table in the High Limit Area, where the minimum sum that could change hands was the equivalent of £200 and the maximum £30,000. There was one middle-aged housewife sitting at it, taciturn and seemingly uninvolved. Indeed these gamblers were uniformly quiet and respectful, showing few signs of nerves over the fortunes they were surely about to lose, the very antithesis of denizens of vice. Even the heavies smiled at me as I conspicuously failed to hand over any cash and took photos. All of which makes the government of Macau so rich that not only has it pegged income tax at 12 per cent, but once a year hands back to each one of its citizens tens of thousands of patacas. Apparently this discourages dissent, of the kind seen recently in Hong Kong.

If anything threatens the stability of this unselfconscious idyll, it is relations with the mainland. One sign of this is the new bridge that is being built between Hong Kong and Macau. The government of China has started to interfere, which one might say is its prerogative, though it is surely not paying. Since Hong Kong and Macau both drive on the left, and the rest of China on the right, there is going to be a problem when this bridge is joined up to the part of the mainland it passes near, which includes Zhuhai and Shenzhen. At 34 miles long it will be one of the longest bridges in the world.

Helpful perhaps in this context is the fact that the recent one-child policy of mainland China has resulted (not entirely naturally some say) in more boys than girls in the generation which was affected. As luck would have it in the equivalent generation in HK there were more girls than boys; with the result that for the first time in living memory there has been a rash of marriages across the border. It must help that the Cantonese in daily use is exactly the same for both sides.

I wondered why, given the countless square miles of open land habitually used for trekking, so many of the endless construction projects have concentrated so exclusively on relatively small plots of land on each side of the harbour. One reason is that the metro system has only recently been developed to the point of leaping about all over the territory, joining it up; another is that the land reclamation that has been going on for decades around the harbour at least delivers flat ground. This reclamation must have been made much easier by the astonishing fact that the average depth of the harbour is 11 metres (just over 36 feet). This is sufficiently shallow for the tunnels that carry the road and rail traffic under the water to have been built in sections on dry land and then laid on the harbour bed, where the pieces were joined together. Since this further narrows the draft, American warships, to take an example at random, cannot enter the harbour for fear of slicing into civilian traffic and causing a disturbance.

The current status of the Special Administrative Regions of Hong Kong and Macau is due to end in 2047 – fifty years after the handover of Hong Kong to the Chinese in 1997. It is assumed by then that the two ‘systems’ in one country will have converged to the point where they can smoothly become one. There is no map for this kind of thing. But one hopes that someone is thinking about which side of the road they will all be driving on by then.