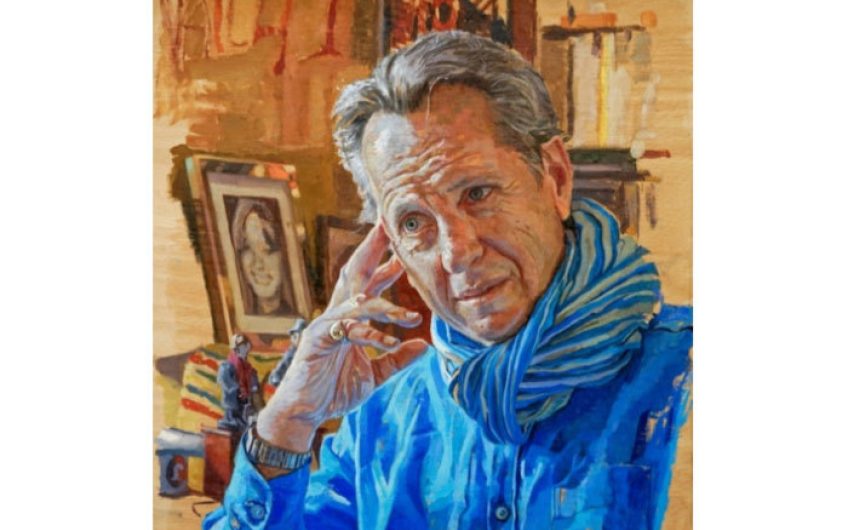 Portraiture has had something of a renaissance in recent years. Once the preserve of the noble, religious and political classes, having a portrait painted is now very much in vogue among the glitterati and Hollywood elite.

In a new exhibition at Fine Art Commissions, curator Sam Parker Bowles has brought together a range of contemporary portraits of actors from stage and screen. Sitters include Cate Blanchett and Ricky Gervais, while portraitists include Nicky Philipps and Jamie Coreth.

This modern portrait exhibition showcases some fresh interpretations of the age-old art of portraiture. Take Jonathan Yeo, the son of former MP Tim Yeo, whose contemporary take on portraiture has earned him a reputation as ‘one of the world’s most in-demand portraitists’ according to GQ. Or Nicky Philipps, who trained at the Charles Cecil atelier in Florence, and who has added her own twist to the art of sight-size painting as advocated by John Singer Sargent.

Jamie Coreth’s paintings are perhaps the most traditional in style of all the paintings in the exhibition. He practises sight-size too, and was also trained by Charles Cecil in Florence. His paintings capture the glamour and decadence of Hollywood. Meanwhile, the painting of Cate Blanchett by Paul Benney stands out as an unusual contemporary take on traditional oval-framed portraits. It’s set behind dark glass in a plain, oval frame, creating a mirror-like illusion.

One visit to this exhibition is enough to confirm that portraiture is alive and well in the 21st Century. With the advent of photography, it was feared that portrait painters would go out of business. But there remains something romantic about capturing in oil a moment from one’s life for ever. Oscar Wilde wrote ‘Every portrait that is painted with feeling is a portrait of the artist, not of the sitter.’ But in this exhibition, we see the opposite is true. Used to playing roles on stage and screen, we get a glimpse into these actors’ normal lives. Curator Sam Parker Bowles said: “This exhibition gives a chance to see these icons of the acting world in a totally different light – captured in a natural moment, presenting the subject as a person and bringing across their personality, rather than seeing them in a role. That is the beauty of portraiture.”

The gallery will be open Monday to Friday, 10am – 6pm, and admission is free.

Fine Art Commissions is Europe’s leading Portrait Agency, specialising in portrait commissions and bespoke works of art, only representing artists who are consistent enough to produce the highest standard of work.

An escape from the trenches - William Cook