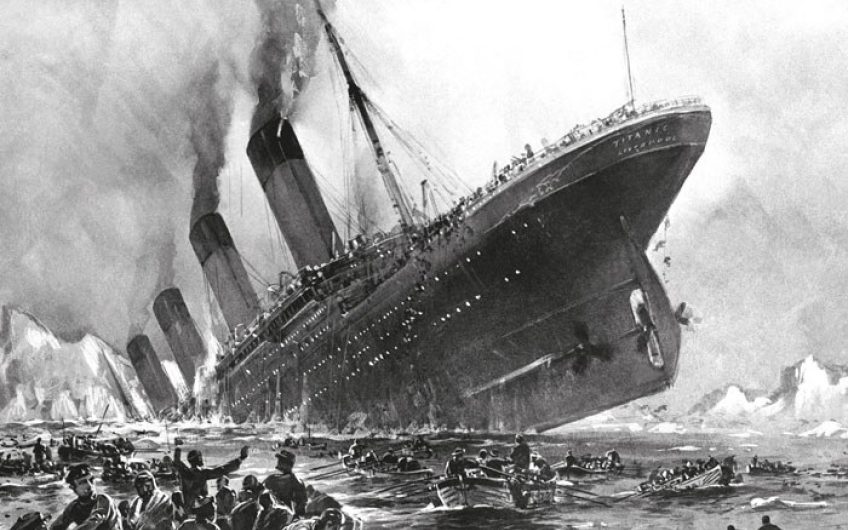 The Titanic’s hull was launched today in 1911. York Membery visits the moving final resting place of 121 of the ship's victims in Halifax, Nova Scotia

A tear slips down my cheek as I stare at the gravestone commemorating the little boy who, for over 90 years, would be known only as ‘The Unknown Child’.

His headstone reads, ‘Erected to the memory of an unknown child whose remains were recovered after the disaster to the Titanic April 15th 1912.’

The grave is surrounded by a huddle of teddy bears, angels and brightly coloured stones placed at its base.

It’s hard not to be moved by the sight of the 121 graves of Titanic victims – many of whom will never be identified – buried at the non-denominational Fairview Cemetery in Halifax, on Canada’s Atlantic coast.

Fairview’s manicured lawns and colourful flowers painted a tranquil picture on the sunny autumn day I visited. But I couldn’t help thinking back to that terrible night in the North Atlantic in 1912 when the unsinkable Titanic – the pride of White Star Line – hit an iceberg on its maiden voyage. More than 1,500 of the estimated 2,224 passengers and crew died.

Twenty years ago, the film Titanic was released in Britain. Director James Cameron’s blockbuster about the tragedy, starring Leonardo DiCaprio and Kate Winslet, grossed over two billion dollars at the box office. The film kick-started a renewed worldwide fascination with the Titanic which shows no signs of abating. Last October, a letter written by a passenger was sold for £126,000 at auction.

Life in Halifax has never been quite the same since the disaster. Not only was it the nearest major seaport to the site of the sinking (400 miles off Newfoundland), but the bodies retrieved from the disaster were taken there. It is the final resting place for more Titanic victims than anywhere else. As well as the graves at Fairview, nineteen were buried in the city’s Catholic cemetery, and ten in the Jewish cemetery.

The Maritime Museum of the Atlantic, on the harbour front, should be the first port of call. Among the exhibits is a first-class deckchair from the liner and the original transcript of the ship’s distress call, which still makes for chilling reading. At 10.35pm, ten minutes after the initial SOS was sent out, the ship’s wireless operator announces, ‘Have struck iceberg.’ Half an hour later, he adds, ‘Have struck iceberg and sinking.’ At 12.27, all goes silent.

I learnt of how the Mackay-Bennett, a Glasgow-built cable repair ship, was dispatched to the disaster site, loaded with ice and coffins, as well as an undertaker and a chaplain, to retrieve the bodies. ‘As far as the eye could see, the ocean was strewn with wreckage and debris, with bodies bobbing up and down in the cold sea,’ a crewman is reported as saying.

On the ship’s return to Halifax, church bells rang out as 190 bodies – a further 116, mostly of third-class passengers, were buried at sea – were unloaded onto thirty waiting, horse-drawn wagons, which made their way to a makeshift morgue in an ice curling rink where undertakers then got down to the grim job in hand. (The families of forty victims paid for their bodies to be transported home for burial.)

Titanic sinking wasn’t the only major maritime tragedy to affect the port city. In 1873, the SS Atlantic – like the Titanic, built by Harland & Wolff in Belfast and operated by the White Star Line – ran onto rocks off the coast of Nova Scotia with the loss of at least 535 people.>span class="Apple-converted-space">

In December 1917, there was the cataclysmic Halifax Explosion – a French cargo ship, laden with explosives, collided with another ship off Halifax, triggering a massive blast, atomic-bomb-like in its ferocity, that flattened part of the city and killed around 2,000 Haligonians.

The maritime museum sells some rather kitschy Titanic merchandise in its gift shop. Would you wear a fleece emblazoned with the words ‘Titanic: Ship of Dreams’?

Would you fork out for a British-made Acme Thunderer whistle like the ones used by the panic-stricken crew on the night of the sinking? Not me, although the lady on the till assured me they were ‘popular with cruise ship passengers’.

Halifax has long been regarded, unfairly, as a poor relation to Canada’s three biggest cities: Toronto, Montreal and Vancouver. It might be smaller, quieter and a little less glitzy, but it has a lot to offer the visitor, whether you fly there directly – it’s a six-hour flight from London – or stop off on a cruise.

Halifax is a major cruise terminal. I pulled back the curtains of my room at the Westin Hotel one morning to find myself looking at the Queen Mary 2 docked at a nearby jetty, one of three cruise ships in the city that day.

Halifax was founded by the British in the mid-18th century – it was named after the 2nd Earl of Halifax – during the long struggle with the French to secure supremacy in North America. Halifax played an important part in the eventual British triumph, as a visit to the Citadel – the centrepiece of a coastal defence system that made the city one of the most heavily defended ports in North America – makes clear.

Nowadays, the star-shaped fortress, with its commanding views of the harbour, the Old Town Clock dating back to the 1800s and the surrounding area, is primarily a tourist attraction. Actors dressed in the period-style uniform worn by the 78th Highlanders in the past – red tunics and kilts – change guard and pose for pictures with tourists. One ‘Highlander’ confided to me, in between posing for photos, that he was wearing ‘ten pounds of wool in total’, adding, ‘It gets pretty warm in August.’

The compact downtown area beneath the Citadel boasts fine architecture: the City Hall, built in the Victorian Gothic style (the northern clock face is fixed at four minutes past nine to commemorate the Halifax Explosion), and the 1930s art-deco Bank of Nova Scotia. But Halifax is first and foremost about the sea and the city’s maritime heritage.

The wartime escort HMCS Sackville – the Canadian navy’s last surviving Flower-class corvette (now a floating museum) – recalls the hugely important role both Halifax and the Canadian navy played during the Battle of the Atlantic. Nearby is a memorial to the 2,200 Canadian merchant sailors and 91 vessels lost to enemy action – many torpedoed by German U-boats – during the two world wars.

‘The war isn’t that distant a memory here,’ one old sailor, paying homage to his forefathers, told me.

For all Halifax’s attractions, when I think of the city I will always think of ‘The Unknown Child’. In 2008, DNA testing revealed his identity: 19-month-old Sidney Leslie Goodwin, the youngest of six children born to Frederick and Augusta Goodwin from Wiltshire. They were all travelling steerage class on the Titanic in search of a better tomorrow in the New World. They all perished on the so-called ship of dreams.