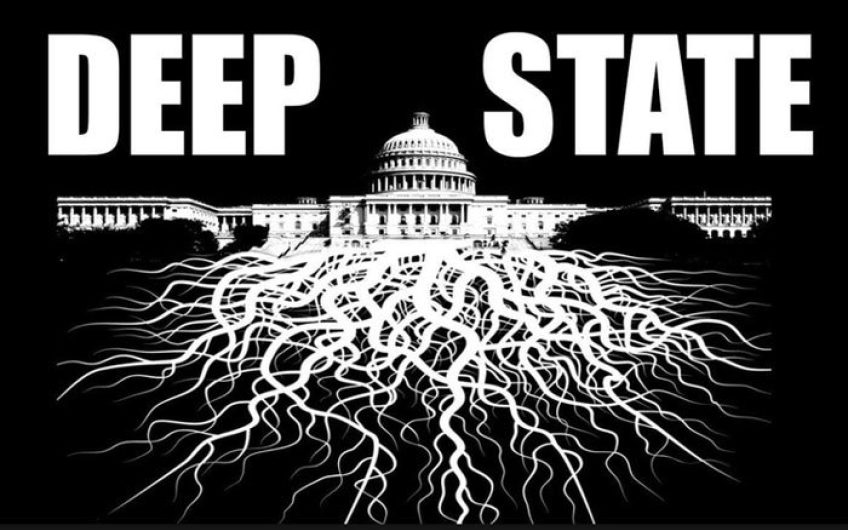 The US's attorney general, William Barr, has announced that the US government spied on Donald Trump's 2016 election campaign. Could this be the Deep State at work? David Oldroyd-Bolt explains

The Deep State is the expression for a shadowy government within a government – a secret power that survives even as different administrations come and go.

The concept has existed since the Cold War, and has gained currency not only here but also in Russia, Greece and Turkey.

President Trump is keen on attacking elements of the Deep State who, he claims, are undermining his administration. In September, he tweeted away, saying, ‘The Deep State and the Left, and their vehicle, the Fake News Media, are going Crazy – & they don’t know what to do. The Economy is booming like never before.’

In September, the Unite union official and Jeremy Corbyn adviser Andrew Murray attacked the Deep State. He said someone ‘being paid by the taxpayer’ was behind a Mail on Sunday report about him being banned from Ukraine and being delayed in getting a Parliamentary pass. The newspaper could only have got the information thanks, he said, to the ‘manoeuvrings of what is now called the “Deep State” ’.

‘It is a force convened to stop truly popular politicians being elected, they insist’

The Deep State comprises the senior Civil Service, the top ranks of the Foreign Office, the editors of the broadsheets, the governor of the BBC, the heads of the armed services and the Metropolitan Police, and the chiefs of the intelligence services – GCHQ, MI5 and SIS.

The Deep State, it is claimed, exists in order to maintain its own existence, to ward off existential threats from both sides of the political spectrum and to ensure the country is run by the ‘right people’.

Hang on, though. Isn’t this just another way of describing the Establishment? Not if you believe the conspiracy theorists. The difference, they say, is sinister intent. The Establishment, they think, was a bunch of red-faced men who shared only the dubious distinction of having been to the right sort of school and not saying horrid words such as serviette.

The Deep State, they insist, is a reactionary force convened to prevent truly popular politicians such as Jeremy Corbyn and Donald Trump from being elected.

If those politicians do come to power, then the Deep State blocks them by so frustrating the workings of government and distorting media coverage that it becomes impossible for their administrations to succeed.

The conspiracy theorists attack the MSM (mainstream media) for their biased coverage of Trump; and they blast the BBC for its skewed reports on Corbyn.

Readers will remember the rumours, in the 1970s, that MI5, along with senior army officers, planned to depose Harold Wilson and replace him with someone who was Not Harold Wilson. The allegations were never more specific (nor believable); indeed, they were comprehensively debunked by Christopher Andrew in his official history of MI5, Defence of the Realm.

Stop press! Trump has just retracted his attacks on the Deep State, saying he doesn’t like people who use the expression to denote federal bureaucracy. But, then again, he would say that, wouldn’t he? The Deep State must have got to him.

The confession of a hack