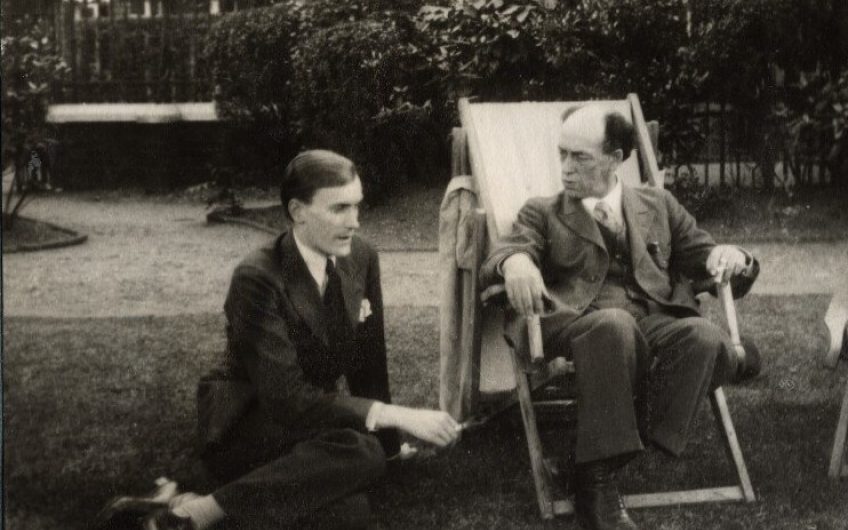 At his Memorial Service in St James’s Piccadilly, Peter Quennell’s friend Sir Reresby Sitwell said that Q had bravely lived by his pen all his life, never had much money, but never had a job, unless you can count editing such periodicals as the Cornhill magazine and History Today. It was true. He once gave me some advice I did not keep – writers should not aspire to own property. Marry a woman who can afford to buy a flat or a house, but don’t get tangled up with loans, mortgages and the like. He got through five wives and a lot of houses.

Mind you, hacks were better paid in those days. Q once said to me that with the money provided by writing a single review in the New Statesman before the war, you could take a woman to the Savoy Grill and have money left over for a cheap hotel room afterwards. Now , you’d be lucky to buy a takeaway from Wagamama for a review in one of the weeklies. I am sure, however, that there would be no shortage of women who would like to spend the evening with him. Annie Fleming (Charteris), during her long affair with Q, said she found his “badger paws” irresistible . He was unusual in his generation. He was sent down from Balliol for hetereosexuality – spending the night with a woman in Reading was how he described it to me.

He was a published poet in his teens, was briefly taken up by Bloomsbury – though distressed, when her diaries were published, to discover that Virginia Woolf considered him “an exiguous worm” – and he was the embodiment of what is meant by the phrase A Man of Letters.

It is true, what Reresby Sitwell said, that Q had the self-confidence to be a writer and only a writer. He was, however, riven with self-doubt and something approaching paranoia. When he was knighted, the Queen told him she had been reading him since she was a child. He realized that she was thinking of the books produced by his parents: the meticulously researched A History of Everyday Things in England in four vols by Marjorie and H.B.Quennell. Had he been the person who the Queen thought he was, in the mid 1980s, he would have been well over a hundred. He was suddenly panic-stricken. Was he being knighted under false pretences?

“I gather you’re friends with the Sitwells,” went on the monarch, harmlessly. He eyed her suspiciously. “Renishaw must be so lovely at this time of year.”

He agreed, before rising, as Sir Peter, and going his way. On his way out, the madly improbable thought dawned in his highly literate but completely non-botanical brain. What if it had been a trick question? What were aconites? Did they perhaps flower in autumn? Had she been trying to show him up as a fraud?

Evelyn Waugh hated PQ so much that he once came up to him in White’s and jumped up and down on his feet, the sort of bullying you would expect in a school playground, not at the hands of a distinguished novelist in his fifties in a gentleman’s club. The hatred went back to their young manhood when Q had reviewed Waugh’s first book, a biography of Dante Gabriel Rossetti. Q, who had been at Oxford with Waugh, pretended that “Evelyn” was a woman and referred throughout his review to “Miss Waugh”.

Waugh in his journals or letters, I have not found the reference, made the fair point that Fuddy Duddy Fishface, as he called Quennell, was a better writer, technically, than anyone in his generation, but that he had nothing to write about. Although his books are mellifluous and beautifully crafted – volumes on Baudelaire, Byron, Ruskin etc., you never feel he was writing from compulsion. I wonder whether something got sealed off in his youth.

Over some superb turbot, paid for by my then proprietor, Q poured out the marital troubles and said, “You see, my dear, I am weeping inwardly, but no tears will come. I was brought up in Berkhampsted (where he was a contemporary of Graham Greene) and my parents were busy , writing A History of Everyday Things. My mother had a horror of expressing emotion, and could not bear it when I wept, at being sent to board at aged seven. I wept on my return to her, and she said it was intolerable, so during the school holidays, I was boarded with the local doctor until I had learnt to control my tears. Now – I weep inwardly. Tears will simply not flow.”

He was a fund of anecdote, some of which are contained in his two perfectly-crafted memoirs, The Marble Foot and The Wanton Chase. I do not have them to hand, so can’t remember if this one occurs in the books. When he went to stay with the young Betjemans in their freezing farmhouse in the Vale of the White Horse, they had a huge Sunday lunch, at which much was drunk. He retired to bed for what was left of the afternoon, his only hope of getting warm. He was flattered, though a little surprised , when Penelope Betjeman came into his bedroom, swathed in cardies, and cuddled in beside him. Q was an amorous man but as his arm encircled Mrs Betjeman, she removed it and said in her strange upper class cockney, ‘Nyeow, Peter, wot IZ orl this nonsense about your not believing in the Divinity of Chroist”? From the depths of her cardie she produced some tracts, alas to him unpersuasive, written by a local high church clergyman.

I was so sad to miss the dinner given by our friend Algy Cluff for Q’s 80th birthday but it happened on the day my own father died. It was evidently a convivial occasion, since Q, who had enjoyed our friend’s liberal hospitality, tottered at the top of the staircase at White’s and fell down the whole flight. No bones broken and he went on to enjoy a few more years of life.

Every now and again, I find myself smiling, or even laughing, at one or another of his memories. After the incident with the “woman in Reading”, he was expelled from Balliol, and together with John Betjeman, who had also been sent down from Oxford, for idleness, the pair went to Venice. They ate in restaurants they could not afford. They were joined by others, equally dissolute, and had a happy time, drinking and fornicating until the money ran out. In the course of their time there, a waiter in their pensione informed Q that he had a letter. Q went pale when he read it, and left the table. The others picked up the leaf of paper, where it fluttered among the grappa glasses, with cruel guffaws. It was from the high-minded parents, Lilibet’s favourite authors, H.B. and Marjorie Quennell. “Had it not been for this unfortunate incident at Oxford, you could by now have joined your mother and myself on our tour of the medieval castles of Wales.”

What is QAnon? By Richard Godwin