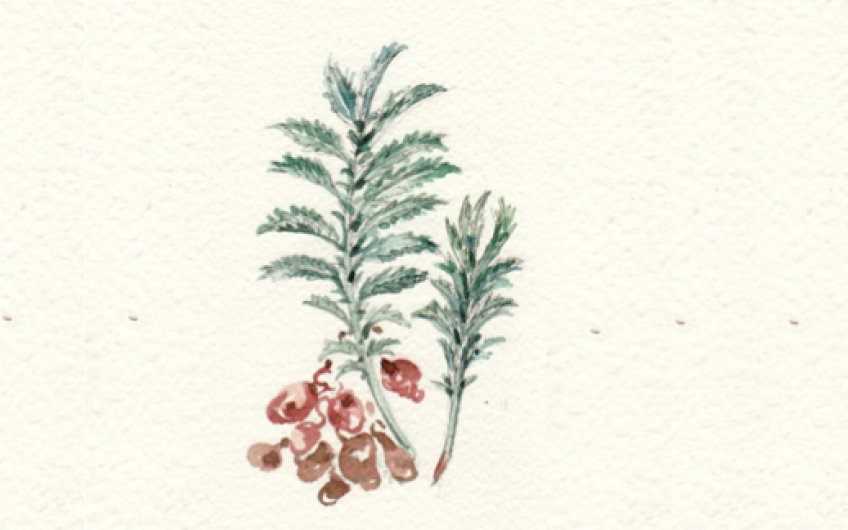 Gilded flowers and frosted leaves have earned Potentilla anserina the name of richette – little rich one – in France, though this doesn’t reflect its value as a food plant.

Silverweed root was once poor man’s meat in the days when most of the world went hungry – a starch food valued as highly as the potato that replaced it in regions where it thrives.

The leaves have a floury texture and sage-like flavour, and are chewy even when young. When the foliage dies back in autumn, the sprawling red roots swell at the tip to form plump little nodules like miniature sweet potatoes which, when cooked, are nutty and sweet with a peppery banknote.

I first came across the pretty weed in the Hebrides when, searching for edible leaves in spring, I noticed clumps of the feathery foliage pale against the heather-clad banks of the stream that provided my cottage with drinking water.

Knowing of its reputation as a foodstuff, I enquired of my island-born neighbours if the roots had ever been eaten. The answer, reluctantly, was yes: the roots were famine food when the potato crop failed in the 1880s, the question being a reminder of a time of terrible hardship that no one wants to remember.

Pockets of silverweed cultivation still exist in marginal lands throughout the northern hemisphere. On the Pacific coast of North America the original inhabitants cultivated silverweed for the roots in vast fields protected against thieves – human and animal – by boundary walls of stone. In the uplands of Tibet, silverweed flour cooked in barley broth is fed to babies as a first food, and to the old and infirm as a restorative. Digestible and nutricious, silverweed is under investigation by the UN as famine relief for Africa, and may yet feed the world. Treat the roots as potatoes: recipes fit both.

Oldies of the Year in full