Those magnificent men of the RAF – Joshua Levine 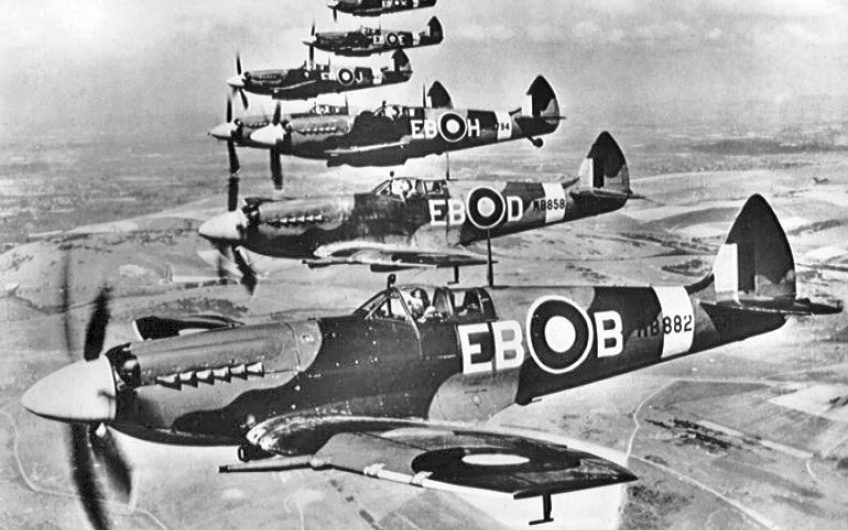 Joshua Levine pays tribute to the RAF, founded today in 1918

Years ago, my father and I were regular visitors to the Royal Air Force Museum in Hendon. We always drove home with a quiet sense of wonder and a bookmark in a paper bag.

I now have a seven-month-old daughter who, I’m hopeful, will one day stand a little taller when The Dam Busters March plays – so I was alarmed to learn that the museum unveiled ‘radical changes’ to mark the centenary of the RAF in 2018. Was the museum trying to accommodate fashionable attitudes and fleeting trends? Was it revamping itself merely to appear dynamic?

I spoke to Jo Hall, the museum’s head of exhibitions, and together we viewed the new galleries. The tour quelled my alarm.

The primary change was a sensible one: to ensure the museum tells the story of the RAF and its people, rather than the more generalised tale of flight. Formed on 1st April 1918, following an official report into wartime air operations, the RAF was the world’s first independent air force (if one ignores Finland’s, formed weeks earlier, initially with one aeroplane and one man to fly it) and its story has huge international importance. And a big part of the history of the RAF is the history of Hendon, the home of British military flying.

It all begins in 1909, a year after the first flight had been made in Britain. A pair of north London engineers, needing somewhere to house an aircraft of their own design, constructed a shed in a field at the far end of Colindale Avenue.

One enthusiast tended to attract another in those early days and, in January 1910, Claude Grahame-White, a handsome, extroverted car dealer who had learned to fly in France, came to the field and made several short flights.

Grahame-White spent much of the following year in the United States raising his profile and making money. He met President William Taft, took the mayor of Boston (JFK’s grandfather) for a joyride, and landed his aircraft on a private road next to the White House.

On his return to Britain, he opened a flying school on the Hendon site. Sensing his chance, he bought the airfield. It would now be known as the London Aerodrome.

On 12th May 1911, a military flying display was held at the site under Grahame-White’s direction. Over the course of a day, the country’s most intrepid flyers attempted to convince a sceptical military establishment that aeroplanes had a military future. Demonstrations were staged in despatch carrying, reconnaissance work (including photography) and bombing. Grahame-White himself dropped a 100lb weight from his aircraft, before taking Conservative Party leader Arthur Balfour up for a ride.

‘Is flying all right?’ a reporter asked.

As a result, Flight magazine suggested that the military would now have to start taking aviation seriously.

The following year, Grahame-White hosted an aerial race around London. Starting and finishing at Hendon, the ‘First Aerial Derby’ was attended by 45,000 paying spectators at the aerodrome, as half-a-million others watched at staging posts around the capital. First past the post was Thomas Sopwith (designer of the iconic Camel aircraft), while William Rhodes Moorhouse (a future posthumous Victoria Cross winner) came third.

In the meantime, the military flying branches had also developed – though not quite as smoothly. On 1st April 1911, an air battalion of Royal Engineers was formed. This was superseded, a year later, by the Royal Flying Corps, intended to combine army and navy aviators under a single umbrella – but inter-service unity did not last long. The naval contingent, resentful of army control, broke away to form the Royal Naval Air Service (RNAS). This explains why, for most of the First World War, Britain’s flying service consisted of two rival organisations, with distinct priorities, strategies and training methods.

At the outbreak of war in August 1914, Hendon was granted a central role. Requisitioned by the RNAS, it became a base from which patrols were mounted against German airships. Graham-White, accepted into the RNAS as a flight commander, carried out the first night patrol over London. Hendon’s factories built many thousands of aircraft while its schools trained the men to fly them. Three of the finest pilots of the war – Reginald Warneford, Albert Ball and Edward ‘Mick’ Mannock – were trained at Hendon. All would win the Victoria Cross. None would survive the war.

On April Fools’ Day 1918 – just three weeks before Manfred von Richthofen, the Red Baron, was shot down and killed in France – the Royal Flying Corps and the Royal Naval Air Service reunited to become the Royal Air Force.

The rival branches had long been competing for limited resources (including engines) while pursuing very different interests and strategies. An amalgamation was clearly necessary. Yet some sticklers resented the new service, dismissing the world’s first independent air force as a mongrel organisation with no tradition, and a uniform best suited to comic opera.

First World War flying gave birth to a new breed of warrior, an un-military military man. When Grahame-White reported for duty at the Admiralty, his uniform was complemented by a diamond tiepin and gleaming spats. All that was missing, observed a fellow officer, was a pair of gold earrings.

The airman was engaged in a new type of warfare. Without a rulebook to follow, he was responsible for far more than the average soldier or sailor. Only he knew what an aeroplane could and could not do – and he was endlessly innovating. If something worked, he persevered. If it failed, he tried something else. That is how, in just four years, aeroplanes were turned from unreliable birdcages with no clear purpose into hardwearing machines capable of multiple tasks. And the airman’s sense of individualism, of irreverence, of belonging to a service apart, has remained the preserve of the RAF ever since.

After the war, ownership of Hendon passed to the RAF. Grahame-White was excluded from the airfield he had built up and cherished. Hendon was now famous around the world but, with its size restricted by urban development, its potential as a Second World War fighter station seemed limited.

Still, a succession of squadrons flew out of the airfield during the Battle of Britain, including 504 Squadron, one of whose Hurricanes, flown by Sergeant Ray Holmes, rammed a Dornier bomber headed towards Buckingham Palace, knocking it off course.

For many years, people have come from all over the world to visit the museum’s Battle of Britain Hall. The hall has now been dismantled, but it is essential that sufficient emphasis will continue to be placed on the most iconic – and most important – episode in British aviation history.

At the museum, I viewed Hangar One. This showpiece hall contains four distinct areas: Attack, Defence, Prepare and Support. These contain a First World War bomber aircraft, a Spitfire Mk I and a Sea King search-and-rescue helicopter flown by Prince William. The Sunderland Hall (pictured), dedicated to the Sunderland flying boats of the Second World War, will also be revamped.

The museum has engaged with the RAF’s story more fully than it ever has before. It placed special emphasis on the lives and experiences of its members. I’m confident that my own sense of wonder will remain – and will soon be shared by my daughter. I can’t wait to buy her first bookmark…

We will remember them