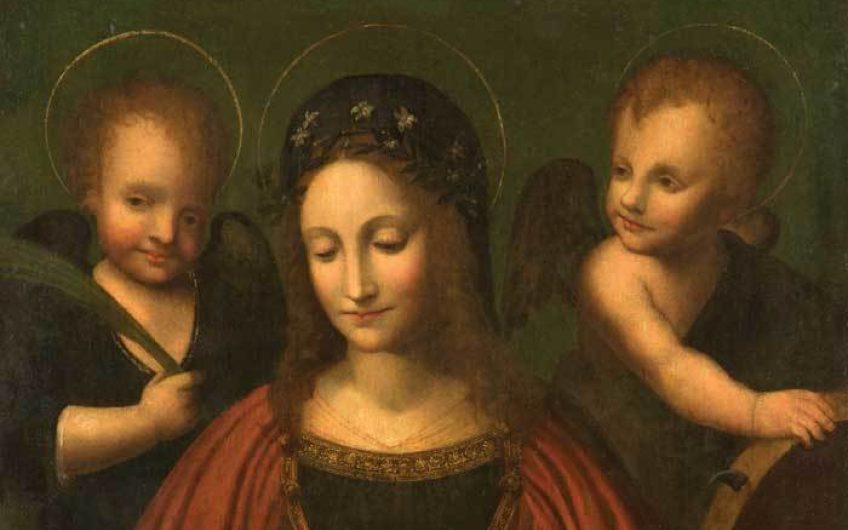 What are you taking photographs for?’ asks an incredulous woman outside the library.

‘The one upstairs with the beautiful paintings. Have you seen them?’

If you don’t live there you may not have heard of the Astley Cheetham Art Gallery or of Stalybridge, either, a semi-rural former mill town in the foothills of the Pennines whose minor claims to fame include the pub with the longest name in England (The Old Thirteenth Cheshire Astley Volunteer Rifleman Corps Inn), the last surviving tripe shop in Greater Manchester and Paul’s Tool Emporium, an establishment proudly announcing itself as ‘The Best Tool Shop in the North of England (Probably)’. Its best-kept secret, however, is the Astley Cheetham Art Collection, hidden behind the faux-Jacobean façade of the library presented to the town in 1901 by local cotton mill owner John Frederick Cheetham and his wife, Beatrice Astley.

In Frederick Engels’s day, Stalybridge was an industrial hellhole whose ‘shocking filth’ contributed to its ‘repulsive effect… despite its pretty surroundings’. An early photograph shows a forest of chimneys through a forest of trees. It was J F Cheetham’s father, George, a Congregationalist and a Liberal MP, who moved the family business from the satanic mill known locally as the Bastille to the more salubrious Cheetham’s Mill on the edge of what is now Cheetham Park.

John Frederick shared his father’s interest in Liberal politics and in art. In 1887, aged 52, he married the great-granddaughter of the society portraitist John Astley, described by a biographer of Joshua Reynolds as ‘a gasconading spendthrift and beau of the flashiest order’ and ‘a lady killer of the first water’. In 1759 Beau Astley, as he was known to his friends, had the luck to hook a rich Cheshire widow, who left him a merry widower just three years later, free to marry Beatrice’s great-grandmother, a local beauty. Though no great artist – Horace Walpole lumps him dismissively with ‘the four thousand English painters about town’ – Astley had spent his formative years in Florence, knocking out copies of Renaissance paintings for Grand Tourists. He had an eye for a picture and had reputedly spent £25,000 of his rich wife’s money collecting them. Could this explain the mystery of how the collection of a Cheshire mill owner and his wife came to include one of the most interesting groups of Italian early Renaissance paintings in Britain?

The Public Catalogue Foundation has recently launched an Art Detective initiative to enlist the public’s help in answering such questions, but the problem for aspiring detectives descending on Stalybridge is that only a handful of old masters are on show at any one time. Summer visitors will find a lovely St Catherine of Alexandria after Bernardino Luini, portraits of ladies in the manner of Alonso Sánchez Coello and Marcus Gheeraerts, and a most peculiar John Astley portrait of a long-nosed lady looking very much like a man in drag.

The gallery is open on the first and last Saturday of every month. If you travel by train, don’t leave the station without stopping in the town’s other tourist attraction, the perfectly preserved ‘Famous Stalybridge Buffet’, the only station buffet in England to have won awards from both Camra and English Heritage (probably).

l Astley Cheetham Art Gallery, Trinity Street, Stalybridge is open from 10am-3pm every Saturday in August and on the first and last Saturdays of every month until 20th December (0161 343 2878, www.tameside.gov.uk/museumsgalleries/astleycheetham). The collection can be viewed at www.bbc.co.uk/arts/yourpaintings.

Whatever happened to gangsters’ molls?