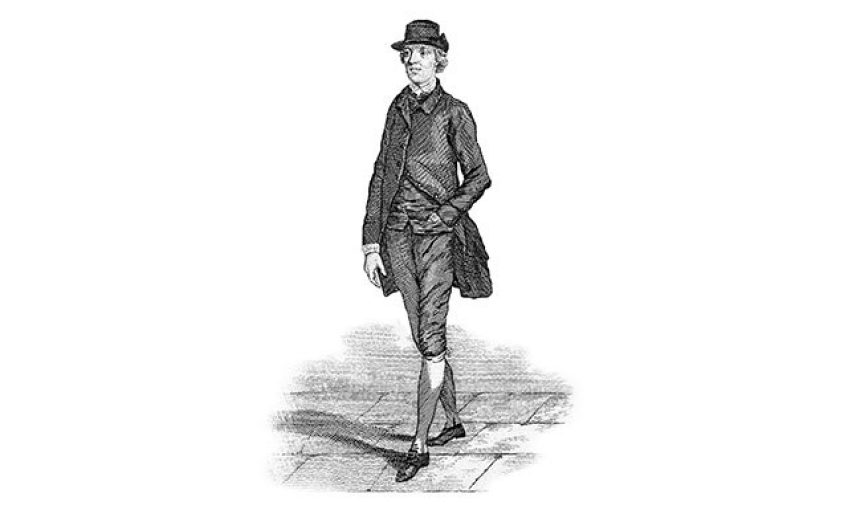 Few activities are more innocent than walking – until recently, when stepping outside has meant checking whether you’re allowed to.

The fining of two walkers, with their herbal teas, in Derbyshire earlier this year caused such a stink because they were exercising a time-honoured, universal right: to walk where they pleased.

Walking is just something people do, like breathing. It would be reasonable to assume that it has no more of a history than breathing does.

Reasonable – but wrong. Foremark Reservoir, where Jessica Allen and Eliza Moore were arrested, is in the same county as Kinder Scout, the moorland plateau that saw an even more dramatic confrontation between walkers and the authorities in April 1932.

Here, at the highest point in the Peak District, around 400 walkers, led by Benny Rothman, a Communist car mechanic and keen rambler, deliberately trespassed on private land, owned by the Duke of Devonshire, to draw attention to their unfair treatment at the hands of the duke’s gamekeepers.

Six of the ramblers were jailed for four months. It wasn’t for the trespass itself – which, as any Oldie reader knows, isn’t a criminal offence in Britain – but for unlawful assembly before the walk.

Benny and co had, however, drawn attention to an injustice, and in court he expressed his case in the most persuasive terms. Sticking to the paths across moorland defeated the object of the walk because, ‘in wet weather, the footpaths are like quagmires and, in dry weather, are more often than not very much overcrowded’.

Like walkers today, he wanted a bit of room to roam.

Although Benny called what he did ‘rambling’, he was from the more radical end of the movement that went by that name, which emerged as the Ramblers Association in 1935. As with other great British campaigns for liberty, like the suffragists and suffragettes, the walkers divided into two camps.

Some thought their best hope for success lay in using the system. Others advocated ‘direct action’ to force the establishment to change. Not until the 21st century did either strand achieve victory, with the passing into law of the Countryside and Rights of Way Act (2000), creating the right to roam.

Before the rise of the rambler in the 20th century, walking in Britain had rather different associations. First, it was for the poor. The prejudice can still be overheard in the milkman’s assertion to a cynical Billy Casper, kicking the tyres of his float in A Kestrel for a Knave (1968): ‘Third-class riding’s better than first-class walking any day.’

But, as with so many strenuous activities in Britain, once the aristocracy had worked out that you could gamble on it, walking for competition – or ‘pedestrianism’ – became popular.

Its heyday was the late-18th and early-19th centuries, before athletics took over. One of its greatest stars was Foster Powell, a lawyer’s clerk from Yorkshire, who first came to prominence in 1773 when he bet that he could walk from London to York and back in less than six days. He did it in five days and 18 hours, and on another later attempt knocked three hours off his time.

Dictionary of National Biography says he ‘does not seem to have profited greatly from his walks’. Still, he did better than ‘a certain young baronet’, said to have lost ‘near £12,000’ in betting against Powell.

Money may not have been a motivating factor for another great pedestrian, Captain Barclay, although he made a fair amount from walking anyway.

Barclay’s greatest achievement was to walk a mile every hour for 1,000 consecutive hours, at Newmarket in 1809. Five days after finishing, the captain joined his regiment for the Walcheren Campaign in the Napoleonic Wars, which had a less happy result.

Some of Barclay’s most remarkable walking (and not sleeping) feats appear to have been completed almost by accident. He once rose at 5am, walked 30 miles before dinner and 60 miles after it, followed by a 16-mile stroll to a ball, returning the same night, and spending the next day partridge-shooting – having, according to Leslie Stephen, ‘travelled 130 miles and been without sleep for two nights and three days’.

You can see the same sort of athletic inclinations in the Munro baggers and Fell completists of today. But where do the walkers as nature-lovers originate? Their patron saint is William Wordsworth, said by Thomas De Quincey to have walked 175,000 miles in his lifetime.

Another poetic walker was the ‘peasant poet’ John Clare, who railed against enclosure and the way it had put ‘each little tyrant with his little sign’ in the way of the ‘wandering scene’.

Poetry and strolling clearly go together. According to Jonathan Bate, biographer of Clare and Wordsworth, Wordsworth considered that ‘walking was conducive to creative thought’.

And what could be more natural than that?

The nuclear threat to fish. By Anthony Lipmann

’Tis the season to be jolly drunk - David Horspool