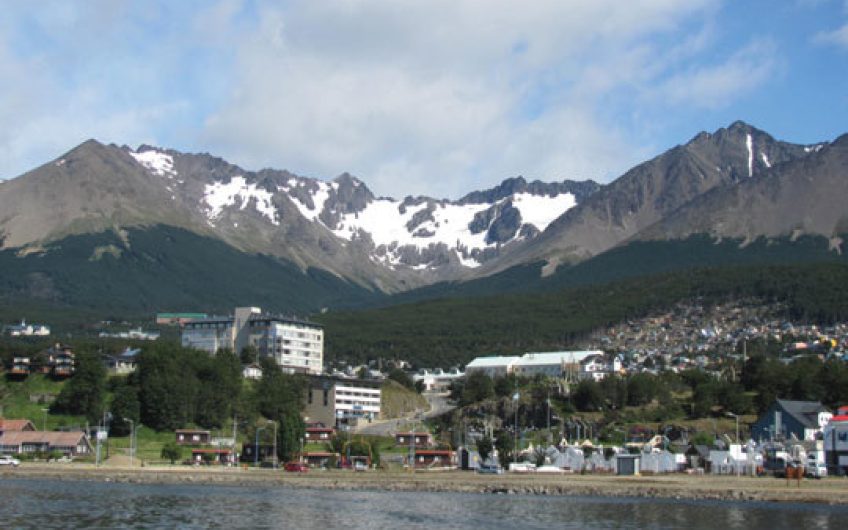 Ushuaia: a prime stop for ships on the burgeoning Antarctic cruise routes
View Full Size
1
of 1

The bus from the Chilean city of Punta Arenas to Ushuaia, in the Argentine half of Tierra del Fuego, started to board at a quarter to nine in the morning. Five minutes before its scheduled nine o’clock departure it was still half empty. People began to spread out their belongings and move from their assigned seats, seeking more room to stretch out and sleep – this was going to be a twelve-hour ride. Then at three minutes to nine the bus was invaded by a chattering cohort of youthful gringos clad in pristine parkas and toting state-of-the-art backpacks – yet another organised tour heading to Ushuaia, a town of 60,000 on the southern tip of Argentina.

Ushuaia struck me as a town that had everything going for it, and had then made a mess of it. Its location on the steel-blue waters of the Beagle Channel could hardly be bettered, with handsome snow-capped peaks looming behind and the muscular mountains of Chile’s Isla Navarino just across the water to the south. Within an hour of the town centre lies a wonderland of wild lakes and valleys – tumbling rivers alive with fish, and miles of forest trails, all under a soaring dome of a sky which sweeps away southwards to Antarctica.

Having abandoned the respectable old professions of whale-slaughtering and seal-gaffing for the more morally questionable trade of mass tourism, the place feels artificial. Once a dreaded penal colony, it is now a prime stop for ships on the burgeoning Antarctic cruise routes. Several times a week the town fills with passengers disembarking for their obligatory afternoon ashore. Sporting golf caps, they move in wary groups, like occupying infantry among a hostile population. They are everywhere – carrying out a flanking movement around the hideous new casino on the waterfront, advancing in open order to change money at the Banco de Tierra del Fuego, or deploying in platoon strength in front of the war memorial down at the harbour, with its gigantic Argentine flag flapping over a map of the Falkland Islands and its ferocious pronouncement Volveremos! – ‘We’ll be back!’

The wise traveller will note all this and more – the endless souvenir shops selling polystyrene penguins, the packs of wild dogs that haunt the shabby suburbs, the boxy housing developments creeping up the forested slopes behind the town – and get away as soon as feasible into the gorgeous surrounding landscape: the Parque Nacional Tierra del Fuego, for example, has hiking routes along the shores of Bahia Lapatia that run right up to the Chilean frontier. But even that has snares for the unwary. I went on a hike up to Glacier Martial, a green tongue of ice from the base of which you have a stunning view over the town and the Channel, and was dismayed to find the woodland trails cluttered with ramps and chicanes intended for mountain-bikers and BMX maniacs, who evidently have priority over walkers in this supposedly pristine paradise. Perhaps blinded by indignation, I tripped over one of them and ended face-down in the dust, glasses shattered and blood flowing.

The next day I took a catamaran cruise on the Beagle Channel, a sixty-mile stretch of choppy water cutting east to west through the mountains, Argentina on one side, Chile on the other. I enjoyed watching the sea lions on Isla de los Lobos, and the cormorant colony on Isla Martillo, but to catch a glimpse of these I had to wriggle between the shoulders of yelling tourists, and on the hour-long cruise back to Ushuaia we were subjected to a video of the touchy-feely penguin film Happy Feet, played at maximum volume.

Our next stop was Rio Gallegos. I looked the place up in the guidebook: ‘Hardly a tourist destination... most visitors quickly pass through.’ ‘Oh well,’ said one of my fellow travellers. ‘Look at it this way – it’s not the end of the world!’

To Joyce, with love and scribbles